According to its makers, Sexcereal is designed to support sexual health. And if the images on the package are to be believed, the world's first gender-based breakfast cereal will either leave you feeling like a blonde 1950s pin-up model or a burly lumberjack.

Since its launch last June, sales have increased and distribution has expanded to more than 300 health food stores across the country. But popularity really began to take off last month when the product was featured on CBC's Dragons' Den.

So it has sex appeal, a catchy name and promises of good nutrition. But is it really possible for a breakfast cereal to support something as complicated as sexual health?

The "male" version of the product contains bee pollen, wheat germ, black sesame, camu camu and other ingredients the manufacturer claims supports testosterone. Ingredients in the "female" version that are supposed to support hormonal balance include ginger, sunflower seeds and almonds. The product website offers an explanation of how the ingredients support sexual health. For instance, wheat germ is high in vitamin E, which is known to increase circulation and support male vascular health, the website says. It also says that flax seeds, which contain phytoestrogens, help balance estrogen in the female body, while ginger has an ancient reputation as an aphrodisiac.

The ingredient listed first on both versions of the product is rolled oats. The products have other ingredients in common, including coconut sugar, cacao beans and chia seeds.

But let's be clear: Sexcereal doesn't overtly claim to cause people to have more sex or to boost libido. In fact, federal regulations prohibit food producers from making those kinds of out-there promises.

For that reason, the Sexcereal package is careful to avoid any specific claims about improved sexual health that would attract the unwanted attention of Health Canada faster than you could say Viagra. But it's easy to read between the lines. First, take the trademarked phrase that is printed on product labels: "Fuel your fire." The package also claims it is the world's "most incredible cereal" and that it is "nutrition with passion!"

"All Sexcereal is is a collection of whole foods that point the way to sexual health," Sexcereal founder Peter Ehrlich said.

First the good news: By all indications, Sexcereal does make for a nutritious meal. It has fibre, protein, plenty of vitamins and minerals and is low in sodium and sugar.

But will that make any difference to your sex life? Let's put it this way: Hold off before you start surreptitiously sprinkling Sexcereal onto your partner's meals.

"I think it's definitely possible that foods can support sexual health," said Andrea D'Ambrosio, a registered dietitian who does nutrition counselling in Mississauga and Waterloo. "I think this is moreso a product with very good intentions, and the marketing really takes over to sensationalize nutrition on it."

Based on the fact the cereal is new to the market and has no scientific studies backing the link to sexual health, it's too soon to draw any link, said Cara Rosenbloom, a registered dietitian based in Toronto. "It is smart marketing," she said.

Rosenbloom said that while research has noted a connection between zinc, vitamin E and sexual health, the Sexcereal label doesn't indicate exactly how much of those ingredients are in the product. While the "male" cereal has black pumpkin seeds, which contain zinc, a person would likely have to consume a large amount of the seeds for there to be any impact, she said.

One serving would just have trace amounts of the nutrients, she said.

Consumers would fare just as well investing in nutritious foods that support heart health, which is a key factor in maintaining good sexual health, Rosenbloom said.

Considering a 300-gram bag of Sexcereal costs about $10 online, there may be cheaper ways to put a spring in your step in the morning.

What do the numbers say? A cost-benefit analysis of love and sex
February 28, 2013 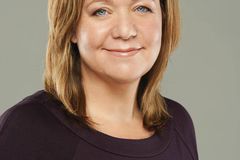 People dating above their looks: the last relationship taboo?
February 14, 2013 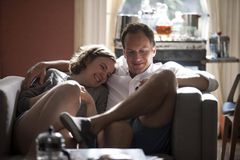 Enough with the sexercise. Just let me work out already
February 14, 2013 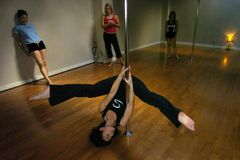