Both my parents have severe rheumatoid arthritis. Can changing my diet now, in my 30s, help protect me against the same fate? I've heard of "anti-inflammatory" foods.

Having a family member with rheumatoid arthritis (RA) doesn't mean it's inevitable you will get the disease. According to the Arthritis Society, most people who develop RA have no family history at all. What's more, evidence does suggest that tweaking your diet now can help lower your future risk of RA, regardless of whether you have a genetic disposition. And anti-inflammatory foods appear to play a role.

RA is an inflammatory disease that occurs when the body's immune system attacks its own joints, causing pain, swelling and joint damage. Since the disease sparks an autoimmune response, joint pain is often accompanied by fatigue, flu-like aches and pains and weakness. RA usually occurs between the ages of 25 and 50, but it can strike people at any age, especially women – they are three times more likely than men to develop the disease. (Osteoarthritis, the most common type of arthritis, is caused by mechanical wear and tear on cartilage in one or more joints including the knees, hips, fingers, spine and feet.)

When it comes to diet, anti-inflammatory foods and nutrients have been shown to lower RA risk. Studies have found that people with higher intakes of oily fish, rich in anti-inflammatory omega-3 fatty acids, are less likely to develop the disease. So are people who eat diets plentiful in vitamin C and beta-cryptoxanthin, two antioxidants that reduce the body's inflammatory response.

Conversely, a diet that generates inflammation in the body – one high in refined sugar and trans fats – may raise the risk of RA. Last month, a U.S. study of 186,900 women revealed that those who drank at least one sugar-sweetened beverage each day were 63 per cent more likely to be diagnosed with seropositive RA than their peers who consumed less than one such beverage a month. (Seropositive means that a blood test for an antibody called rheumatoid factor is positive; patients who are seropositive tend to have a more severe form of the disease.)

While there is no definitive anti-arthritis diet, research suggests the following foods and nutrients may lower your risk of RA, not to mention keep you healthy in other ways, too.

Several studies have turned up positive results for eating fish. In 2013, researchers reported that women who consistently ate 2,100 milligrams of omega-3 fats from their diet each day – about 31/2 ounces of salmon or herring – were half as likely to get RA compared with those whose diets provided few omega-3's. Even eating fish at least once a week was found to offer protection.

The best sources of omega-3 fatty acids include salmon, herring, anchovies, mackerel, trout and sablefish (e.g. black cod). These fish are also low in mercury. If you don't like fish, consider taking a fish oil capsule or liquid supplement.

The hallmark foods of a Mediterranean diet provide monounsaturated fat, antioxidants, vitamins and minerals, all thought to reduce inflammation in the body.

Nuts (and seeds) are a daily food in the traditional Mediterranean diet. The anti-inflammatory properties of nuts are attributed to their unsaturated fat, magnesium and antioxidant content. Include one ounce of nuts in your daily diet – 24 almonds, 20 hazelnuts, 18 cashews, 14 walnut halves, 28 peanuts or eight Brazil nuts, for example.

A large European study found that people who consumed the least – versus the most – of this antioxidant had triple the risk of developing RA. Eat at least two vitamin C-rich foods each day such as citrus fruit, cantaloupe, kiwi, mango, strawberries, broccoli, Brussels sprouts, cauliflower, and red and green bell pepper.

Like vitamin C, studies have linked higher intakes of this antioxidant to protection from RA. Orange and red fruits and vegetables such as pumpkin, papaya, red peppers and oranges are particularly rich sources of beta-cryptoxanthin. Other good sources include carrots, corn, watermelon and nectarines.

They have not been studied specifically for the prevention of RA, but flavonoids have strong anti-inflammatory properties. Berries, cherries, red grapes, apples, kale, citrus, broccoli, onions, green and black tea, dark chocolate and soybeans are excellent sources.

Some, but not all, research indicates that getting too little of this immune-regulating nutrient is involved in the development of RA. Among its many roles, vitamin D also has anti-inflammatory effects in the body. Current vitamin D recommendations range from 600 to 2000 IU a day, depending on age. In the fall and winter, Canadians are advised to supplement with 1000 to 2000 IU vitamin D a day. The safe upper daily limit is 4000 IU a day.Leslie Beck, a registered dietitian, is based at the Medisys clinic in Toronto. She can be seen Thursday at noon on CTV News Channel's Direct. lesliebeck.com 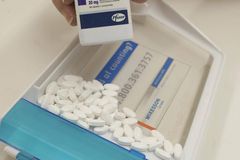 Boost your health with this surprising anti-inflammatory agent
April 2, 2014 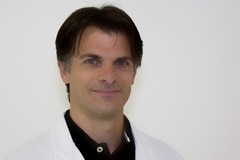 From bedridden to Ironman: one man's journey with spinal arthritis
November 20, 2013 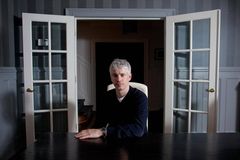