Don't let Mother Nature know, but a burgeoning group of tech-savvy millennials thinks chewing fruits and veggies – even potato chips – is a waste of time and money.

Instead of grabbing a slice of pizza, cubicle rats from Vancouver to Silicon Valley are adding water to a powdered mix of carbohydrates, proteins and vitamins, and calling it a lunch.

The gooey drink looks a lot like Slimfast, or Ensure, the geriatric nutrition shake. But in its philosophy and customer base, Soylent, the controversial meal-replacement drink, has as much in common with older products as an iPad to a gramophone.

Soylent does not market itself as a dietary supplement or weight-loss aid. Instead, it promotes its fortified powder (with an added oil blend) as a healthy alternative to normal food – a technological advancement that allows users to transcend a basic biological need. With the slogan "free your body," Soylent urges people to imagine what they could accomplish if they stopped cooking, chewing and cleaning up after meals, and "never had to worry about food again."

The claim has prompted legions of followers to ditch their fast-food habits – and triggered passionate rebuttals from nutritionists and whole-foods advocates who insist that Soylent has no place in a healthy diet. Soylent is not only highly processed and full of synthetic ingredients, they point out, but it also ignores the psychological well-being that comes with one of life's greatest pleasures: savouring everyday foods in the company of friends and family. Is Soylent, we ask, as complete as it says? Even if it contains all the nutrients required for human survival, can a bland liquid diet ever truly be healthy?

While the concept has attracted customers of both sexes and all ages, the typical Soylent fan is an IT worker in his 20s who sees hunger as an annoying intrusion in a 12-hour stretch of videogaming or programming code. A survey of online comments shows that even though proponents enjoy grabbing dinner out with friends, they'll jump at the chance to replace the majority of their meals with instant liquid nutrition.

The Jetsons-like vision may horrify those who swear by kale smoothies, not to mention connoisseurs of Iberian ham. Nevertheless, demand for the vanilla-flavoured beverage is so high that Soylent is three to six months behind filling new orders for the product, which costs about $3 (U.S.) per "meal."

Despite production delays since its May launch, Soylent is on track to ship more than a million meals worth of shakes by the end of the year, said company founder Rob Rhinehart, 26.

Though he hasn't looked into the paperwork required to fill Canadian orders, Rhinehart said he hopes to start shipping to Canada some time in 2015. Based on e-mail requests and activity in Soylent's online community, Canadians are thirsty for the product, he said: "We've seen an enormous amount of traffic from Canada."

In the meantime, Canadians have resorted to paying exorbitant fees to ship 30-pound boxes of Soylent across the border. Others have taken the cheaper route, choosing among more than 2,000 DIY recipes based on the open-source formula Soylent offered freely online.

Mike Kirk, a 38-year-old IT worker in Toronto, said he's been making a DIY version called People Chow for about six months. He has lost 15 pounds by drinking the shake instead of eating a meal once or twice a day, though weight loss was not his main goal. Kirk, who started reading about Soylent on technology blogs, said he was drawn by the "scientific rigour" of a product that claimed to contain everything the body needs to be healthy. "It's easy, inexpensive and complete," he said, "and better than the bacon and eggs I would have had."

Rhinehart came up with the idea for a cheap, nutrient-dense staple while working on a tech startup in San Francisco. An electrical engineer by training, he reasoned that the essentials of human nutrition could be extracted from raw ingredients and consumed more efficiently: amino acids instead of milk, vitamins instead of vegetables.

Rhinehart took a crash course in nutritional biochemistry and came up with a formula he tested on himself. After a month of subsisting almost exclusively on Soylent, he wrote a blog post in February, 2013, entitled "How I Stopped Eating Food." His experiment had no medical oversight other than an initial blood analysis, and a follow-up test three weeks later, both of which confirmed he was a healthy young man. His utilitarian approach to sustenance won raves from lifehackers and Reddit users worldwide. Rhinehart knew he was on to something.

To get the company up and running, he launched a crowdfunding campaign on Tilt.com and quickly raised $3-million in addition to $1.5-million from Silicon Valley venture capitalists. He named the product in homage to the 1966 science-fiction novel Make Room! Make Room!, in which an overpopulated society subsists on a soybean-lentil staple. The novel was the basis for the 1973 movie Soylent Green.

Rhinehart's product contains no actual lentils or soybeans. Instead, Soylent's ingredients consist mainly of refined carbohydrates, synthetic vitamins, artificial flavours and unpronounceable additives. The ingredients are similar to those in medical food products made by companies such as Abbott Nutrition and Nestlé Global, which are designed to give patients complete nutrition in liquid form. The crucial difference – other than Soylent's slick black-and-white packaging – is that medical products have undergone extensive human trials, whereas Soylent merely has a nutritional adviser, Dr. F. Xavier Pi-Sunyer, a professor of medicine at Columbia University.

Rhinehart maintains that optimal health can be achieved with a little tinkering in the lab, and insists that the body does not distinguish between natural and synthetic sources of essential nutrients. "Just because something is new doesn't mean it's harmful or bad," he said.

However, Meghan Telpner, a Toronto-based nutritionist, says there is nothing healthy about Soylent. She noted that the first ingredient, maltodextrin, is an artificial sweetener. Other ingredients include cheap synthetic vitamins with "low bio-availability," she said, as well as acacia gum, known to cause bloating and loose stools.

Telpner got hate mail after writing a blog post entitled "The Soylent Killer." Converts argued that the product shouldn't be compared to a healthy diet of locally sourced organic foods, which many find unaffordable. As one Soylent defender put it, "It's supposed to replace a microwave burrito."

The fierce brand loyalty may have as much to do with Soylent's backstory as the product itself, Telpner said. "It's almost like there's this tribal brotherhood around this tech guy who came up with a product and [raised] millions." In hubs like the Silicon Valley, she added, "it's not cool to cook, it's not cool to eat real food."

Dr. Gwen Chapman, a professor of food, nutrition and health at the University of British Columbia, said she isn't surprised that men seem drawn to Soylent. "Food is very gendered," she said. Outside the male-dominated fine-dining scene, everyday menu planning, food shopping and meal preparation continue to be a largely women's domain, "so this reductionist science-and-numbers approach – I can see it appealing more to men," she said.

Chapman acknowledged that the makers of Soylent had done their research on the recommended daily allowances of the essential nutrients. But she noted that human nutrition is an evolving science, and much remains unknown. Studies looking at whether specific vitamin and mineral supplements may lower disease risk have failed to show significant benefits, she pointed out. The evidence suggests that other components in foods may be vitally important, "or it's the combination of nutrients" in whole foods that matters, Chapman said.

In the absence of rigorous studies of people on a mainly Soylent diet, she added, "We don't really know what the long-term outcomes might be – and what they might be missing."

Chapman predicted the Soylent trend will wither as customers tire of the monotonous liquid diet. In nutrition circles, she said, "the usual mantra is moderation and variety."

Even NASA recognizes the importance of a varied and flavourful diet. Despite food mass and volume constraints in space, astronauts do not subsist on bland shakes – they tuck into rehydrated Turkey Tetrazzini, Mexican-style scrambled eggs, shortbread cookies and banana pudding. As NASA's Advanced Food Technology Project wrote, "Food not only provides nutrition for astronauts, but also enhances the psychological well-being of the crew."

Neither monotony nor nutritional concerns seem to bother Soylent's repeat customers, such as Jeff Woodbury, an artist in his 50s based in South Portland, Me. Woodbury said he feels just as energetic since he began replacing two meals a day with Soylent, "and I might have even lost some weight." The instant fuel has freed up time for his art-making and outdoor sports, he said, adding that he still enjoys eating meals with his family when his wife cooks.

Woodbury plans to keep ordering Soylent online, and has no interest in making it himself, he said. "That's the whole point for me – no effort." 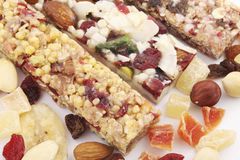 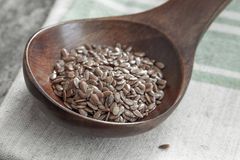