If Terry Fox were diagnosed today, he would fall among the 20 per cent of young cancer patients who run out of treatment options. But now, patients like him may have a better chance of survival through a new Canada-wide program that matches genetic testing of hard-to-treat cancers with experimental therapies.

Each year, about 4,200 Canadians under age 29 are diagnosed with cancer. Of those, about a third are tough to treat because their cancers are rare, recurrent or have metastasized after standard radiation, chemotherapy or surgery.

Patients in this group "have really a very grim prognosis," said the program's director, Dr. David Malkin, senior staff oncologist at the Hospital for Sick Children in Toronto. "We want to be able to change that."

PROFYLE, short for "precision oncology for young people," aims to give these patients quicker access to new therapies targeted to the genetic makeup of rare and treatment-resistant cancers.

Starting with tumour tissues removed during biopsy or surgery, Malkin and colleagues across Canada are combing through individual patients' cancer cell genomes, using state-of-the-art sequencing technology in a process that takes one to three weeks, depending on what they're looking for.

Once they identify specific genetic markers involved in these cancers, he said, "we can then find a drug to target [them]."

Oncologists have already used this form of "precision medicine" to prolong survival in many adults with melanoma and lung cancers. But in pediatric cancers, figuring out which genetic markers are relevant to a patient's disease is more challenging, he said, because "there are relatively very few children with cancer in this country, or even across North America."

The new initiative allows genetic oncologists across Canada to pool their data, so they don't have to "start from scratch every single time."

The program is designed for patients up to age 29 with hard-to-treat cancers living in any part of Canada. Through PROFYLE, patients in rural areas, or smaller cities that do not have sequencing centres, can have their tumours sequenced in a city such as Toronto or Vancouver. From there, results will go to a "molecular tumour board" made up of oncologists, bio-geneticists and genetic counsellors, who will discuss how best to treat a patient "with that particular variation in their [cancer] genome."

So far, Canada's 16 pediatric cancer centres have enrolled a total of 40 patients in the program. The goal is to enroll 450 to 500 patients over the next four or five years, Malkin said, noting that additional funding would make the program available to more children and youth.

Participating in the project's pilot phase has "bought time" for Marlow Ploughman, an eight-year-old girl with a rare and aggressive form of muscle cancer, said her mother, Tanya Boehm. When Marlow was first diagnosed and treated, at age two and a half, doctors said she would die if the cancer returned, Boehm said.

Marlow is now in her fifth relapse. Although radiation treatments have shortened the muscles and bones of her right leg, she often feels well enough to monkey around the play room at Ronald McDonald House in Toronto.

Precision oncology has given Marlow access to an experimental drug she would not otherwise receive because she did not meet the criteria for the clinical trial. The manufacturer provided the drug on compassionate grounds, Boehm said, but "the only reason we have it is because she showed the right genetic makeup."

Precision oncology, despite its name, is not yet an exact science, however. Oncologists may know that a certain genetic marker is relevant in lung cancer, for example. But if the same marker pops up in a child's bone cancer, they cannot assume the marker plays the same role – or that a drug for lung cancer would necessarily help a pediatric patient with bone cancer.

As greater numbers of young patients have their tumours sequenced, Malkin said, researchers will have a clearer picture of "what all the data means."

As for treatment, getting access to experimental drugs – even for patients with a slim chance of survival – involves jumping through myriad bureaucratic and logistical hoops. But through the new program, he added, clinicians across the country are working with government regulatory bodies and pharmaceutical manufacturers to come up with "a better pipeline" to get new drugs and therapies to patients quicker.

"The hope is that we will be able to reduce the mortality dramatically," he said, "and improve the quality of life for all these patients and their families." 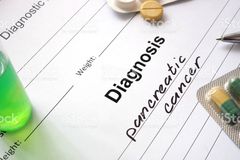 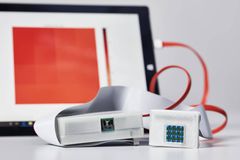