One in 18 patients admitted to a Canadian hospital will develop an antibiotic-resistant infection, experience a fracture from a fall or suffer an accidental laceration during a medical procedure, or another form of unintended harm, according to a major new report on the state of hospital safety.

It is the first report of its kind to provide a comprehensive national snapshot of the rate of unintended adverse events in Canadian hospitals and the authors hope that it will send a strong message about the need to make preventable harm a health-care priority.

"I think we've known for a long time that harm happens in hospitals," said Chris Power, chief executive officer of the Canadian Patient Safety Institute, which published the report in partnership with the Canadian Institute for Health Information. "[This report is] the first time we've had a Canadian measure of harm that's happening in hospitals. … This is, I think, a starting point for us."

Unintended or preventable harm is a significant issue facing all hospitals, but a lack of mandatory reporting or tracking has made it difficult to assess the extent of the problem in Canada. Previous research has looked at the problem of adverse events in the country, but they looked at only a handful of hospitals.

In recent years, there has been a growing push by hospitals, health-care professionals and policy-makers to make the issue a priority. For instance, Toronto's University Health Network and the Hospital for Sick Children have partnered on a major initiative, called Caring Safely, to reduce unintended harm and encourage a culture change to allow health-care professionals to admit when mistakes happen.

But much more work needs to be done, Ms. Power said. The issue of patient safety "needs to be in front of us all the time so we don't get complacent," she said.

Carole Jukosky's father is one of the patients who suffered from an adverse event during a hospital stay.

Herbert Stresser was admitted to hospital in 2011 after collapsing, and later had spinal surgery as doctors tried to figure out what caused him to lose strength in his legs. Over the next several days, he was transferred back and forth from a rehabilitation centre and his condition began to deteriorate rapidly. He developed sepsis from an infection at his surgical site and was infected with the superbug C. difficile.

During the course of his care, an antibiotic being used to fight the spinal infection was accidentally stopped. He died six weeks after his admission.

Ms. Jukosky, who has become an advocate for patient safety, said she hopes that the new report will raise awareness at the public level of the need for vigilance. "It's just unbelievable to me what happened to him," she said. "You have to be your own advocate, you have to be a participant in your own health care."

The report may help boost the discussion around patient safety because of the scope of the findings.

It was compiled using information from CIHI's discharge abstract database, which catalogues clinical, administrative and demographic information from patients as they leave the hospital. Researchers were able to look at a variety of different adverse events and see how frequently they occurred based on information from the database.

Not every adverse event that occurs in hospital is included in the report. The authors focused on a set of 31 distinct clinical groups that they could reliably measure using information from the database.

Some of the most common adverse events include electrolyte and fluid imbalance, urinary tract infections, delirium and anemia caused by hemorrhage. The adverse events were divided into four main categories: health-care/medication-associated conditions that occur during general care or the administration of medication; health-care-associated infections; patient accidents, such as falls or burns; and procedure-associated conditions, including foreign objects left in patients after surgery and abnormal complications.

Some adverse events are not completely preventable, the report notes. But the authors included an evidence-based guide to help health-care organizations reduce the likelihood of preventable harms from happening.

For instance, urinary tract infections caused by a catheter can be reduced by using the appropriate insertion technique and inspecting it daily.

Hospitals can reduce delirium by developing a standardized protocol for preventing or managing the condition, the report said.

"We know that health-care teams across the country, they all want to provide the safest care for patients," said Kathleen Morris, vice-president of research and analysis with CIHI. "This gives them some of the numbers and strategies for reducing that harm." 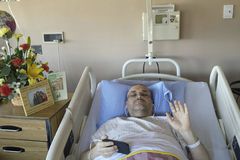 How to empower kids to make informed health decisions
October 21, 2016 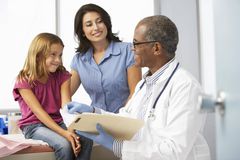