Canadian restaurants continue to serve up excessively salty dishes because that's what consumers want, according to a national food-service industry association.

The comments come after a new study was published showing that from 2010 to 2013, many Canadian restaurant chains added sodium to menu items or failed to make salt reductions in others. The study, published Tuesday in the research journal CMAJ Open, found that 30 per cent of food items included in the survey had reduced sodium levels in 2013 compared with 2010, while 16 per cent had higher levels and 54 per cent had no change.

More than 20 per cent of the food items looked at in the study contained more than a day's worth of sodium.

The restaurant industry has frequently stated that it is committed to reducing sodium levels. Joyce Reynolds, executive vice-president of government affairs at Restaurants Canada, says the industry is still committed to this goal and working to lower sodium content. But the issue is complicated because consumers like the taste of salt, she said.

"I think that sodium reduction is very complex," said Ms. Reynolds. "And I know that restaurant operators aren't willing to compromise the taste of their products to decrease sodium."

She said many consumers will reject less salty food and as a result, the hands of the restaurant industry are tied.

"We're one part of the equation. We can't do this in isolation," Ms. Reynolds said.

Health Minister Rona Ambrose responded to the study by calling on Canadians to limit their consumption of unhealthy restaurant fare.

"What I would say is fast food is not healthy. It's not a surprise to anyone that it's full of salt and sugar," Ms. Ambrose said. "So my message there is don't eat junk food."

The study authors say the results make it clear that the federal government's decision to allow the food industry to voluntarily reduce sodium levels isn't working and that stronger measures should be put in place to protect the health of Canadians.

"To me, this really shows there is a lot more work that needs to be done," said Mary Scourboutakos, lead author of the study and doctoral student at the University of Toronto's nutritional sciences department.

Canadians consume excessive amounts of sodium daily, putting them at greater risk of high blood pressure, a leading cause of heart disease and stroke, as well as other chronic health conditions. About 80 per cent of the sodium Canadians consume is added by manufacturers to processed and packaged foods, such as bread, soup, canned vegetables and salad dressings, as well as to restaurant meals.

Ms. Scourboutakos and Mary L'Abbé, also of the nutritional sciences department, surveyed 61 restaurant chains in Canada in 2010 and 2013. After comparing nearly 2,200 dishes sold in both years, they found that sodium levels actually went up in some cases and stayed the same in 54 per cent of items.

Over all, 22 per cent of the foods surveyed contained more than a day's worth of sodium for an adult. The daily recommended sodium intake level is 1,500 milligrams. And 10 per cent of items had more than 2,300 mg of sodium, which is the upper tolerable limit for daily sodium intake.

Health experts who study the link between sodium and serious health problems have long been calling on the federal government to take action.

The federal government created a sodium task force in 2007 to develop plans to lower sodium intake. In 2010, the group made numerous recommendations, including a proposal to set caps on how much salt could be added by manufacturers to various foods.

But instead of adopting that proposal, the federal government scrapped the task force. It was replaced with the Food Expert Advisory Committee. Many of the committee members have spent much of their careers working directly for the food industry or as consultants to food manufacturers. 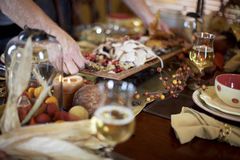 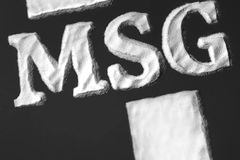