This summer, I let my kids loose at a friend's farmhouse in rural Quebec and observed that well-fed boys, when left to their own devices, spend a good third of their waking hours in motion. Running, swimming, wrestling, loading each other into recycling bins to wheel over hill and dale – kids are incredibly kinetic creatures.

Returning to school feels a bit like stuffing puppies into a shoebox. And while it has to be done, I know that the success of my kids' school year rests largely on ample doses of physical activity.

Too bad Canadian schools don't always provide it. The constraints to physical education – time, space and budget – may be real, but the biggest obstacle is in fact attitudinal. Schools need to stop considering physical activity a fun distraction from the serious business of academic work and recognize that it is essential to learning.

My boys' elementary school in midtown Toronto, a shining exemplar of decrepitude within the TDSB's already infirm stock, is facing the enviable prospect of a rebuild. The new building will be erected on what is now the schoolyard and for the two years of construction, the board is considering leaving the kids on site, a scenario that would have 706 kids sharing one gym, which translates to one period of gym a week. For recess, the kids would be emptied onto a 32-foot-wide swath of concrete sandwiched between the existing school and the construction site's hoarding line: a kennel run, minus balls and toys, plus a chorus of jackhammers. The sports program would fold.

Short pain for long gain, some may say. But really, how can such a scenario be considered viable? The Ontario Ministry of Education, very specific about instructional space requirements in schools, says nothing about outdoor space. School boards can set design standards but these are ignored. On paper, the TDSB recommends 220 square feet of outdoor space per student, but as Jeff Latto, the board's senior manager of major capital projects admits, the actual norm is more like 150 square feet and many schools fall well beneath that (our school under construction would offer students one-tenth of that.)

Just as space is considered optional, so, too, are teachers. The advocacy group People for Education reports that only 45 per cent of Ontario schools have a specialized physical-education teacher. For the rest, gym falls to whichever teacher looks okay in yoga pants or dares not decline the request. And teachers not qualified to teach gym can hardly be faulted for not offering to coach teams, which is done on a volunteer basis.

What's needed, more than fancy playgrounds or even more teachers, is a shift in priorities: a recognition that physical activity and non-desk time are essential to learning.

With phys-ed programs flagging, much depends on recess but in these cautious times, recess depends on the weather: it's icy, kids could slip; it's raining, kids could jump in a puddle. Add to that the sizable portion of kids, often new to Canada, who come to school in weather-inappropriate dress and the decision to skip recess and throw in a DVD stands explained. Why not declare recess inviolable – barring fire, hail or brimstone – and hold outerwear freecycles or raid the lost and found for the underdressed? An inviolability clause would also put an end to the ludicrous practice of withholding recess as a disciplinary measure; never again would I have to hear that my high-energy son was kept in for recess because he had been misbehaving in class.

In 2010, Finland embarked on a national action plan to increase physical activity in schools. The Finnish Schools on the Move program – a suite of measures, from peppering 15-minute breaks throughout the school day to conscripting older kids to lead games and activities at recess – has been adopted by 90 per cent of Finnish municipalities and is having a gradual but positive impact on activity levels. The initiative was the government's response to reports that only half of Finnish youth were meeting the World Health Organization's guideline of one hour of moderate to vigorous activity a day. In Canada, the figure is a dismal nine per cent.

Absent a national program, some Canadian educators are getting creative. My son is sent on regular courier missions through the school, delivering empty envelopes to an invariably appreciative front office. The five minutes of movement might just buy him 20 minutes of concentration. In recent years, several Canadian school districts have run pilot projects substituting chairs with exercise balls, spin bikes, standing desks and bean-bag chairs, to rave reviews by teachers. Lunch time yoga is also increasingly popular – you just need someone to lead it.

On a recent visit to Canada, British education guru Sir Ken Robinson suggested that the answer to Ontario's abysmal math scores may not in fact be more math, as recommended by the province's Ministry of Education, but more dance. Dance? Yes, dance. Movement not for movement's sake, but for the sake of well-being, creativity and balance: the things that make learning possible. 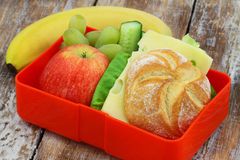