An experimental treatment for multiple sclerosis that has inspired hope among patients, scorn among skeptics and a cottage industry abroad has no basis in scientific fact, a new Canadian study shows.

The study, authored by researchers at McMaster University in Hamilton and published Wednesday in the online journal PLOS ONE, is the latest to cast doubt on a theory by Italian vascular surgeon Paolo Zamboni that MS is related to blockages in the main veins draining the neck.

Dr. Zamboni calls the theory chronic cerebrospinal venous insufficiency, or CCSVI, and his pioneering procedure to widen the veins, dubbed "liberation treatment" by believers, has excited MS sufferers and moved thousands of them worldwide to seek the surgery.

But the McMaster study found no link between impaired blood flow or blockage in the veins. MS Researchers examined 100 MS patients and 100 people without the disease.

"We saw absolutely no evidence of CCSVI" in the MS patients, Dr. Rodger said. "I've been in research a long time and it's rare that you find results as black and white as ours."

The study was the first of its kind in Canada, and followed others that challenged Dr. Zamboni's hypothesis that obstructions in the veins increase levels of iron in the brain and can trigger MS

Dr. Zamboni declined to be interviewed, but shared a letter he co-wrote to the journal refuting the McMaster study. In it, he claimed researchers used an outdated methodology and failed to examine veins in the lower neck, where he said blockages are more apt to be found.

When his hypothesis was first published in 2009, it struck a chord in Canada, where the MS rate is among the highest in the world.

But Health Canada has not approved the treatment, leaving most Canadians to pay upward of $10,000 for the surgery in the United States and elsewhere.

Diana Gordon, of Barrie, Ont., was diagnosed with MS in 2008 and underwent liberation treatment in New York in 2010.

She recalled having difficulty swallowing, experiencing numbness in her arms, and lapsing into bouts of stuttering before the surgery. Now, she said, she wants her MS diagnosis wiped from her medical records because she no longer exhibits any symptoms.

"It's been over three years now, and my improvements have been profound," Ms. Gordon, 48, said. "I don't even remember what [life with the disease] was like."

Testimonials from researchers have been less flattering.

Earlier this year, researchers at the University of Buffalo announced new findings that liberation treatment does not help patients improve, and in some cases worsens their condition.

That study followed another out of the University of Texas, funded in part by the Multiple Sclerosis Society of Canada, in which researchers found no evidence that CCSVI was more prevalent in people with MS than those without the disease.

A pan-Canadian study is underway in British Columbia, where the lead researcher this week estimated that 70 per cent of patients showed signs of CCSVI. The results of that study are expected in 2016.

In the McMaster study, participants were given an ultrasound and MRI scan by a radiologist and two ultrasonographers who trained in Dr. Zamboni's laboratory in Italy. Researchers found no difference in blood flow from the brain between the MS patients and the control group.

Whether the findings will discourage MS patients from wanting the surgery is an open question. Many patients say they are most convinced by the testimony of people who have gone through it.

"That doesn't deter me," said 47-year-old Lori Lumax, of Regina, who was diagnosed with MS in 2003 and wants treatment but cannot afford its cost.

"I just know too many people who have had success with it," Ms. Lumax said. "All in all, I still think it's a positive thing to do. It's not like the drugs they give us are any better."

MS progression is not just a one-way street
November 1, 2012 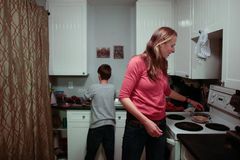 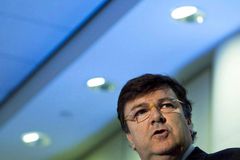 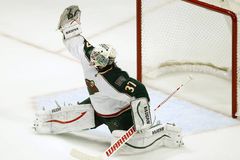