Spending is fairly consistent across income groups, despite significant differences in the health status of rich and poor, according to the analysis from the Canadian Institute for Health Information.

People in the lowest-income group have $237,500 in lifetime health costs, compared with $206,000 for the highest-income group. The wealthy live an average of five years longer than the poor. But the wealthy also tend to be healthier, so their lifetime cost to the health-care system tends to be less.

"That five-year gap is one of the more macabre details of the study," Keith Denny, senior researcher for health systems analysis and emerging issues at CIHI, said in an interview. "It evens things out a bit."

Another surprise in the findings is that the rich and the poor pay roughly the same percentage of their incomes to fund medicare – the publicly funded health-insurance program.

In Canada, money to pay for health costs come almost exclusively from taxes. Personal income taxes account for 49 per cent of health spending, sales 16 per cent and corporate income taxes 14 per cent, and the balance from a variety of other tax measures. Unlike many countries, Canada does not have user fees or co-payment.

The idea of insurance is to pool revenues and spread risk, for people to essentially "pay it forward" when they are younger and collect on the benefits later in life. It is not entirely clear how much of their health costs Canadians pay in taxes, but studies out of Britain and Australia show that, in each major income group, about 70 per cent of people pay for the lifetime health costs and the other 30 per cent need to dip into the pool.

The new data show that health-care costs are the equivalent of 24 per cent of income for lower-income Canadians, compared with 2.9 per cent for higher-income ones.

According to the calculations from CIHI, having publicly funded health care is equivalent to an 18.3-per-cent boost in income for the country's poorest citizens, and results in an income loss of 4.6 per cent for the wealthiest. For middle-income Canadians, it is pretty well a wash, the equivalent of a modest 2-per-cent gain in income.

Put another way, medicare is an effective way not only of ensuring access to health-care services but also of redistributing income. "What the numbers tell us is that publicly funded health care makes Canada more equal, more fair," Mr. Denny said.

"There was a time when social programs were redistributive, that was the purpose," he added. "I'm not sure we think of that any more, but it's still the case here."

Canadians spent $207-billion for health services in 2012. That includes $145-billion in public spending and $62-billion in private spending.

That works out to $5,948 per capita. However, the health services people use vary considerably with age, rising to $6,223 per capita after the age of 65 and $20,113 for those 80 and older. Those numbers are averages and do not account for differences between income groups.

The new research examines only the public spending, which is 70 per cent of overall health spending in Canada. This suggest that overall lifetime spending is about $320,000 per person when private spending is factored in.

Spending on drugs slowing down in Canada
April 11, 2013 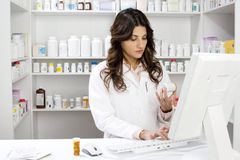 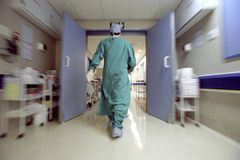 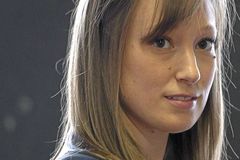 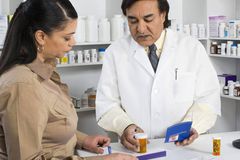 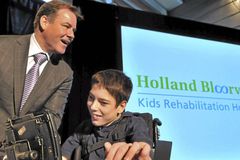