I'm reminded of a recurring line from Butch Cassidy and the Sundance Kid. The bandits are fleeing across the rugged American West, a string of bank and train robberies behind them, but no matter how far they ride or what evasive tricks they try, the posse is always on their tail, visible in the barren distance.

"Who are those guys?" the outlaws keep saying, at once puzzled and impressed.

I've had my own relentless pursuer, stretching back decades. I was a teenager when cancer first appeared, an out-of-the- blue case of late-stage lymphoma. I didn't know what lymphoma was, and I sure as hell didn't expect it to shadow me for a lifetime. I was a kid and cocksure I'd beat it once and forever.

That's not the way it's gone – and here it is again. This week, I began chemo for the fourth time – for Hodgkin's disease at ages 18, 47 and 50, and now for non-Hodgkin's lymphoma at 63. And that's not to mention years of living with that sneaky little cancer offshoot: the lasting side effects of treatment, in my case to the gut and heart.

This is cancer not as one-time intruder – to be attacked and dispatched and recalled before the next fundraising run or road-hockey tournament – but as old nemesis, dreaded yet endured. People are surviving the disease longer, thanks to early detection and improved treatments – sometimes long enough to get it again, and again.

For once, it seems, I am trendy. What does the damn cancer posse have against me, and how does it remain so maniacally in my life? Who are those guys? No one really knows. On the other hand, no one knows exactly why, 45 years after the disease first tried to kill me, I'm still around to tell the tale.

Here's what I've been wondering: Is experience a help or a hindrance? In other words, does being a cancer veteran make it easier to face the next round because you've survived before, or harder because of the cumulative toll?

I've always assumed there was merit in both arguments; I'm not so sure now.

My latest diagnosis came in April, after surgeons cut out 30 centimetres of small intestine to relieve a bowel blockage. I had blamed the blockage on radiation enteritis, which has plagued me for decades – my chronically dysfunctional gut resulting from the massive blasts of radiation I'd received for my first cancer.

Call it positive thinking; call it simple denial. But I was utterly unprepared for the recent pathology report on the removed material, which revealed lymphoma. I was still in hospital, skinny and depleted from weeks of no solid food. I was physically vulnerable and psychologically spent, minus teen illusions of invincibility. Hey, people die of this stuff. Full stop.

Friends kept telling me I was "tough" and "strong" and would beat cancer again. But even as I sought solace in their well-meant words, I didn't feel tough or strong, which are just adjectives we apply to ennoble a miserable business. And "beat" is sports talk, not life talk, and of course dubious in my case given the repeated returns.

In fact, after spending more than eight weeks overall in hospital getting the surgery and IV nutrition, I'd say some people handle illness far better than I do. They seem calmer, more accepting; I chafe and hold myself in check. "You think it's partly a control issue?" I ask my wife, who just nods, knowingly.

I hate everything about this, from the fear to the physical discomfort to the daily indignities. Take a sleepless night I spent on a hospital ward in March, listening to the elderly gentleman in the bed beside me deliver a bellowing monologue to his late wife. In the morning, a doctor informed me that the investigative procedure I was there for – the sole reason for passing that interminable night beside the wife conjurer – couldn't be performed. The hospital didn't have the equipment.

"Now you figure this out?" I fumed, my self-control slipping.

"We're sorry if you're upset," the doctor said, the rote response infuriating me further.

"How about being sorry that you guys fucked this up?" I said.

He beat a hasty retreat.

My last encounter with cancer was hideous. It was my second recurrence of Hodgkin's, some 13 years ago, making me what doctors quietly called a "salvage case," as if they were plucking me from the junk pile.

This meant extreme measures: lethal doses of chemo that you survive only because of the reinsertion of your own harvested stem cells. This regime had such a brutal reputation ("it burns you from appetite to asshole," one nurse informed me) that I briefly considered forgoing it and letting the disease do its worst. My oncologist was sympathetic but did make clear he had patients who'd weathered it and gotten on with their lives.

For the record, the treatment came as advertised, as close to a near-death experience as I ever hope to get before the real deal. What follows salvage? I consoled myself that at least I'd never be treated again. Only now comes another form of lymphoma, another course of chemo. I asked the same question: What if I do nothing? "You'll die in a year," my current oncologist said.

For all my cancer weariness, I'm not ready for that. I like living. I want to grow old with my wonderful wife and see our son progress. I want to keep writing. I reach age milestones with a minimum of moaning about falling hair or fading libido. I've been through too much crap, seen too many friends die young. Hitting, say, 60? Sure beats the alternative.

Things are complicated, though. My newly shortened intestine still doesn't work very well, necessitating home IV nutrition to continue fortifying me for chemo. And I can't receive a key drug because I've had it before and it gave me congestive heart failure. My doctor has settled on an alternate med, but the obsessive pursuit of the cancer posse has exacted a price.

Never mind. I'm coming around. I'm done with the initial reeling and am searching for my elusive best self, at least in its cancer mode – trying to rise above the fear and fatigue and rally to the ordeal ahead. Rallying is its own reward, no matter the outcome. I know how Butch and Sundance end up – boxed in by half the Bolivian army – but it's not their imminent demise I recall so much as their cockeyed optimism in the face of it.

Bob Levin is a features editor at The Globe and Mail

Chance of getting second cancer diagnosis on the rise
August 26, 2015 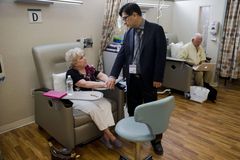 Choosing between treatment or comfort for late-stage cancer
June 7, 2016 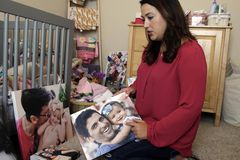