Next time your head hurts, be grateful for whatever pain reliever is in your medicine cabinet. Two thousand years ago, you might have had to hold a live fish against your scalp to get rid of the ache in your noggin. The electric field created by this treatment – first documented by the physician of a Roman emperor, who used an electric torpedo fish – would have offered some slimy relief by affecting the transmission of pain-related electric nerve impulses in your brain.

Our bodies constantly surge with electricity. Every breath, heartbeat and other muscle movement begins with a series of electric signals. In nerve cells, including neurons in the brain, these impulses are known as action potentials. And each of our thoughts, feelings and actions is a product of millions of these action potentials – the synchronized "firing" of neurons working together.

At the same time, changes in how we feel, think and behave can also indirectly modify the patterns of electrical brain activity, usually through the tasks we choose to do. But, as the electric fish headache treatment illustrates, an external electrical current can affect brain signals more directly.

Applying a faint electrical current to the scalp can have benefits that go well beyond headache relief. Recent findings include enhanced visual-spatial attention, verbal fluency and control of emotional impulses. And we thankfully no longer require a fish to generate the electric field. A more modern technique, known as transcranial direct current stimulation (tDCS), involves electrodes placed in small wet sponges held against the scalp by an elastic headband.

Now, the thought of electrically stimulating a live brain may bring to mind disturbing movie images of mentally ill patients forced to receive electroshock therapy, causing full-blown seizures and loss of memory. But tDCS is much different. Instead of the 100 or more volts and up to 1,000 milliamps of current in outdated and extreme methods, tDCS involves no more than a few milliamps of current delivered from a device powered by a nine-volt battery. As a result, tDCS is extremely safe, producing little more than a slight itch or tingle at electrode sites.

The impact of this trickle of electricity on brain function, however, can be significant, as evidenced in both healthy individuals and those with impaired function. The exact effects depend on which region of the brain's outer cortex is stimulated and whether the specific electrode over that site is likely to increase or decrease cortical excitability.

Experimental conditions designed to increase the excitability of the dorsolateral prefrontal cortex, for example, have produced reductions in pain-related emotional discomfort, better working memory performance and fewer risky decisions when compared with a sham procedure or stimulation designed to decrease cortical excitability. These top and outermost regions of the frontal lobe play a critical role in controlling cognitive and emotional signals in other brain regions. A tDCS-related enhancement of these functions may explain why it can also help to reduce cravings for cigarettes, alcohol and unhealthy food, if only temporarily.

These findings have caused considerable excitement about the possibility that tDCS may be particularly helpful for those affected by stroke, addiction, or other cognitive or affective disorder. But there is also worry about the ethical implications of healthy individuals trying to harness its brain-boosting potential. Given existing concerns regarding the use of stimulants such as Ritalin by those seeking a competitive edge, the unwarranted or untrained use of tDCS may have its own negative consequences.

Fortunately, healthy individuals have plenty of options for optimizing neural activity without the need for wires or electrodes. Activities such as physical exercise, meditation and musical training, for example, can all enhance brain function, yielding improvements in attentional focus, working memory, emotional balance and other abilities. Learning about the brain is good for you too.

Mark Fenske, co-author of The Winner's Brain: 8 Strategies Great Minds Use to Achieve Success, is an associate professor in neuroscience at the University of Guelph. 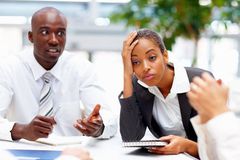