Some people call it "vacation brain," others call it "lake head" – that intangible feeling that your brain isn't working at full capacity when you return to work after a long holiday. New research suggests you can now blame that feeling on an actual dip in IQ.

Conventional wisdom has been that intelligence, as measured by an array of standardized tests and expressed as IQ, is static across a lifetime. But mounting scientific evidence is showing it can rise and fall, even in the short term. The research offers more than an explanation for why you might feel dull after two weeks off – the flip side, that IQ can increase with training, could change the way we teach children and prepare for difficult mental challenges.

The theory is that exercising the brain in one way can lead to a jump in performance in seemingly unrelated kinds of tasks. Researchers have found that both adults and children perform better on intelligence tests after undergoing specialized forms of cognitive training, including exercises that boost memory and concentration. But it is still unknown whether these increases last beyond a few months.

Oshin Vartanian, a scientist at Defence Research and Development Canada in Toronto, wants to find a way to prime people's brains for difficult jobs that require creative solutions. He's using brain imaging to investigate why a training exercise that improves working memory (the ability to hold information in the brain for a short period of time) also seems to boost what is known as fluid IQ (the ability to solve novel, abstract problems). He suspects the training helps the brain become more efficient, using less energy and oxygen.

Meanwhile, Sylvain Moreno, a neuroscientist at Baycrest's Rotman Research Institute, has focused his efforts on children.

He recently reported the results of a study in which children aged 4 to 6 learned about music – the basics of rhythm, pitch and melody – in a computer-based cognitive training program that involved games and cartoon characters. After 20 days of instruction, the children performed significantly better on a verbal IQ test compared to scores before the training.

A second group of children completed a similar program about the visual arts, learning about shape, colour, line dimension and perspective. But their scores on both verbal and spatial IQ tests didn't budge.

Why would studying music lead to gains on verbal IQ? Music and language share brain processing and structure, Dr. Moreno says. "You don't have to teach only English to improve in English," he says.

Just as working out at the gym and boosting your overall fitness can make you a better hockey or volleyball player, Dr. Vartanian says, certain brain exercises may make you better at solving abstract problems.

The converse may also be true. Earlier this week, researchers in Britain reported that during the teenage years, an individual's IQ can go up or down significantly, as much as 20 points. They suggested the changes might be related to how hard the teens were exercising their brains.

The intensity of cognitive training plays an important role, says John Jonides, a researcher at the University of Michigan. In 2008, he and his colleagues published the first paper showing that training on a working memory task also boosts scores on a fluid IQ test.

It's the same premise used to advance in video games, Dr. Jonides says. "You have to go up a level. We think it is critical for taxing the cognitive system."

He says it makes sense that IQ may dip during a vacation.

"I have experienced this, and I've asked many of my friends. You decide to take a two vacation and go to the mountains and something happens to your brain."

IQ tests were widely used during the First World War to assess incoming recruits, and they remain an important tool to evaluate the cognitive abilities of children and adults. Critics argue they measure knowledge more than innate intelligence, and have obvious limitations – including how motivated the person taking the test feels to answer questions correctly. Defenders say the tests offer a good way to predict performance in a wide variety of educational and professional domains. They are used by many private schools as well as by governments and businesses.

new
Neuroscientists try to unlock the origins of creativity
May 11, 2018 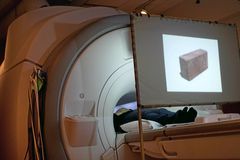 EQ over IQ: How play-based learning can lead to more successful kids
May 9, 2018 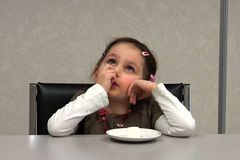 Brain imaging measures effects of lead on development
April 29, 2018
Follow Anne McIlroy on Twitter @AnneMcIlroy
Report an error Editorial code of conduct
Due to technical reasons, we have temporarily removed commenting from our articles. We hope to have this fixed soon. Thank you for your patience. If you are looking to give feedback on our new site, please send it along to feedback@globeandmail.com. If you want to write a letter to the editor, please forward to letters@globeandmail.com.
Comments