For heart attack survivors, statins are miracle drugs. Statin medications, including Lipitor and Crestor, are so effective at lowering "bad" cholesterol and preventing secondary heart attacks and strokes that they have become the world's most widely prescribed drugs.

Their anti-inflammatory effects hold such promise that doctors such as David Agus – author of 2012 bestseller The End of Illness – are urging everyone over age 50 to be on statins. British researchers have gone so far as to recommend that statins be handed out free at fast food outlets to "neutralize" the fats in cheeseburgers and milkshakes.

But in February of this year, the U.S. Food and Drug Administration issued new alerts warning that statins may cause memory problems and an increased risk of Type 2 diabetes. Regulators had previously noted the risk of severe muscle pain. Less conclusive studies have reported side effects including irritability, aggression, kidney damage and cataracts.

In light of the risks, a growing number of independent researchers are questioning whether people with no history of heart disease should be taking cholesterol-lowering drugs.

An estimated three to four million Canadians are on statins. As many as 70 to 80 per cent of statin prescriptions are given to people with risk factors but no obvious signs of heart disease, a practice known as primary prevention.

Routine use of statins, despite the risks, prompted American cardiologist Eric Topol to declare in a recent New York Times editorial that North Americans are "overdosing" on cholesterol-lowering drugs.

According to the research that led to the FDA alerts, more than one in 200 people taking statins will develop Type 2 diabetes, says Dr. Topol, a genomics professor at the Scripps Research Institute in La Jolla, Calif. In Canada, that works out to an estimated 15,000 to 20,000 new cases of Type 2 diabetes.

"It's only the tiny minority that actually derives benefit," he says in an interview. "The [medical]community hasn't acknowledged that."

Other researchers are even more skeptical of statins – a market worth more than $20-billion a year. The Vancouver-based Therapeutics Initiative, an independent drug review body, has analyzed 12 large randomized controlled trials to evaluate outcomes for patients taking statins to prevent heart disease.

After eliminating studies with a high risk of bias, "there's no evidence that the benefits of using statins for primary prevention outweigh the risks,"says the group's director, Jim Wright.

Dr. Wright's voice of caution is echoed by Rita Redberg, a cardiologist at the University of California, San Francisco, who warns against giving statins to healthy people, even those with higher cholesterol, because of potential side effects.

Barbara Roberts, director of the Women's Cardiac Center at the Miriam Hospital in Rhode Island, has found that women report more side effects and reap fewer benefits from statins than men do. In her new book, The Truth About Statins: Risks and Alternatives to Cholesterol-Lowering Drugs, she argues that many of the guidelines followed by doctors to prevent heart disease are based on "shoddy science."

Her case against statins couldn't be more at odds with the prevailing views in the medical community.

Todd Anderson, director of the Libin Cardiovascular Institute of Alberta, says he doesn't agree that everyone should be on statins. But, he adds, "We're not using them as much as we should."

Relative to other medications, statins are "pretty safe," says Dr. Anderson. Statins increase blood sugar by a small percentage, which for some people may be enough to push them over the edge from having pre-diabetes to diabetes, Dr. Anderson explains.

He adds that many drugs increase the risk of Type 2 diabetes, including blood pressure medications and beta blockers. "You have to put it in perspective."

Guidelines set by the Canadian Cardiovascular Society in 2009 recommend statin therapy based on the patient's risk factors, including cholesterol levels, smoking, blood pressure and genetics. Dr. Anderson, who co-authored the document, notes the guidelines caution against unnecessary cholesterol-lowering therapy and emphasize the role of exercise and improved diet in reducing artery-clogging fats.

Dr. Topol points out that patients may be able to reduce their "bad" cholesterol and increase levels of "good" (HDL) cholesterol with lifestyle changes alone. But, he says, some people get "phenomenal" results from regular exercise and a healthier diet, "while others, they do it all and have nothing to show for it."

If lifestyle changes fail, he advises patients to ask a doctor if they can start with a lower dose of a less potent drug (such as 20 milligrams of simvastatin, the generic form of Zocor) .

Patient awareness is crucial since there's a good chance the recent FDA warning about statins will be ignored by the medical community, Dr. Topol predicts.

He adds that people on statins tend not to follow a healthy lifestyle. "They figure, I'm covered here, so I can still be overweight and eat things that I shouldn't eat and not exercise," he says. "It's been like a false sense of security." 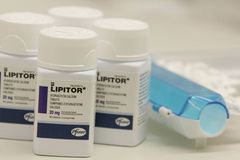 Statin use linked to higher diabetes rates in women
January 10, 2012 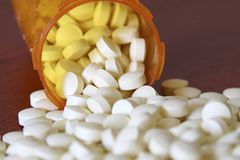 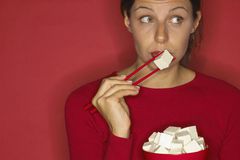