Jackie McMillan was born with constant colic. When her teeth came in, she chewed constantly, eating her dolls, baby blanket and the vinyl piping off kitchen chairs and car seats. She had allergies to dairy, was hyper-active and rocked constantly. She had rigid routines and routine meltdowns.

A well-meaning family doctor prescribed aspirin and cortisone steroid creams. Her frustrated but loving parents threw her into challenging situations to help her develop coping skills. But living in the mainstream was always terrifying for her.

Seven years ago – when McMillan was 41 – she finally got an official diagnosis: autism.

McMillan, who lives in Kitchener, Ont., is one of thousands of women who are frequently undiagnosed as autistic until well into adulthood because the medical community has traditionally seen autism as a "male disease," once believed to affect three or four times as many boys as girls.

In recent years, researchers have begun to suspect that the number of women and girls in the autism spectrum is, in fact, much closer to that of boys and men. And experts say that females have previously flown under the radar for two reasons: Scientists have traditionally done the bulk of their research on male subjects (who are more readily available, especially in military capacities), and females often exhibit autism symptoms in subtle ways that are more difficult to detect.

Kevin Stoddart, director of The Redpath Centre in Toronto, which treats approximately 600 autistic patients a year, says when his facility opened five years ago, the male-to-female ratio was 80-20. Now, he says, that ratio is 60-40.

"The prevalence among females with autism is widening significantly as more girls and women are being picked up," he says, adding that what's still needed is a better understanding of the disease's characteristics as exhibited by autistic women.

At Redpath, Stoddart says his clinicians will look at a man or boy and quickly observe that they are socially awkward, lack eye contact, or engage in repetitive speech or topics of interest, which are all symptoms typically associated with autism.

For women, he says, symptoms such as such as heightened anxiety caused by sound, light, smell and touch are dialled down because they are often expected to perform in social situations, and tend to internalize their behaviour. "As children, females may engage in incredibly intricate play with dolls, or they make-believe play or have social scripts that teach them to understand social nuance or social reciprocity," Stoddart adds. "Boys often don't have that kind of play, so they lash out more, which leads to earlier diagnosis."

Stoddart says the healthcare community needs to get sharper at identifying females – especially those with milder autism spectrum disorders – so they can get professional help at a young age. "The level of services is better for children because a lot of parent advocacy has occurred," he explains. "We have a very archaic level of services for adults, both male and female."

McMillan, a married, self-employed autism education advocate, has also learned to drastically alter her environment and diet, and shun social settings with too much noise, scent or lack of natural light. While not a recluse, she is careful to avoid too much stimuli.

She hopes future generations will learn those coping skills earlier. "We need more research focused on women because there is a tremendous, forgotten population of women and girls in the autism spectrum who have been completely overlooked because they're blending better," says McMillan.

Autistic women are often under-diagnosed in part because of a historic lack of gender-specific brain research. And that issue also makes it more difficult to diagnose women suffering from many other brain disorders, including Alzheimer's disease, dementia, multiple sclerosis and schizophrenia, says Dr. Gillian Einstein, associate professor at the University of Toronto's psychology department.

"Roughly an equal number of women are schizophrenic as men, but they tend to be diagnosed later as well," says Einstein.

The focus on men's brains in research stems from two things, she says: Male subjects have been more available, since historically there has been a protectionist policy against women used in research. As well, she adds, "male animal models are cheaper for researchers because they don't have to be concerned with the complexity of ovarian cycles, and the impact on hormones. Yet changing hormones – and the impact on women's brains – are exactly what we need to know about if we want to understand women's biologies."

Einstein says Canada is trying to correct the gender imbalance in research with its federally funded Institute of Gender and Health. "But all of us in this field still recognize there is some really interesting science linked to women that is not being tapped."

Toronto-based mental health advocate Lynn Posluns, who launched the Women's Brain Health Initiative last January, is also agitating for change. The not-for-profit charity's goal is to raise funds and awareness for more brain research on women, particularly as it pertains to Alzheimer's disease. "Women are twice as likely as men to be affected by brain disease as they age, and 70 per cent of new Alzheimer's sufferers every year will be women," says Posluns. "We need to enhance research that takes sex and gender into account." 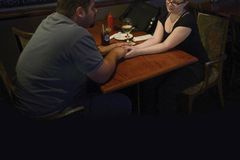 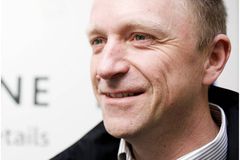