A new test that can predict which overweight and obese people face the greatest risk of death is much more accurate than relying on body mass index alone and should become the new standard of care, according to two large new studies.

The findings turn the prevailing notion that carrying extra weight automatically comes with heightened health risks on its head by suggesting not all overweight and obese people will benefit from a weight-loss regimen.

Instead, underlying health conditions, waist circumference and other factors should be used to determine whether an overweight or obese individual is likely to develop health problems as a result of his or her weight.

It's an idea that could result in better allocation of scarce health resources and improved prioritization for patients who could benefit most from bariatric surgery and other interventions aimed at overweight and obese populations.

"It completely changes the messaging around obesity," said Arya Sharma, professor of medicine and chair of obesity research and management at the University of Alberta who was involved in the two new studies looking at this issue. "This notion of healthy weight, I think, is nonsense. You cannot measure health on a scale."

Traditionally, doctors have relied on body mass index, or BMI, to gauge health. But that scale is increasingly criticized for failing to take into account the difference between muscle mass and fat, genetic variations that could predispose certain individuals to health risks or being able to be properly applied to different ethnic groups or people of varying body types.

Now, a growing number of experts who study weight loss say new tools are needed to not just look at weight, but predict future risks.

The two new studies, published Monday in the Canadian Medical Association Journal and Applied Physiology, Nutrition and Metabolism, examined whether a new staging system developed by Dr. Sharma, who is also scientific director of the Canadian Obesity Network, can predict which overweight and obese individuals face the highest risk of health problems and death.

The Edmonton obesity staging system (EOSS) uses specific criteria to assess weight-related health problems, mental health and quality of life to determine the severity of risks an individual may face.

This means a man with a high body mass index that qualifies him as obese may be at stage 0, or have no signs of obesity-related risk factors. At the same time, another person with a similar BMI could be at stage 3, with severe obesity-related organ problems, including heart attack or diabetic complications, major limitations, such as the inability to work, serious depression or a marked decrease in quality of life.

Instead of a person's weight, the key to predicting future health problems or obesity-related death is how healthy an individual is overall, said Jennifer Kuk, assistant professor at York University's School of Kinesiology and Health Science and lead author of the study published in Applied Physiology, Nutrition and Metabolism.

In that study, researchers examined data from nearly 30,000 people and categorized them based on their likelihood of obesity related health risks using the EOSS.

They found that obese people classified as stage 2 or 3 faced a higher risk of death during the study period and follow-up period when compared to people of normal weight. They also found that people in stage 2 or 3 were less likely to be dieting, eat adequate amounts of fruits and vegetables and were more likely to have a history of smoking.

Many people in those higher stages also had a history of gaining and losing weight throughout their lives, something that experts now believe is linked to heightened health risks.

Frequent fluctuations in weight may be more damaging to the body than simply carrying around excess weight over a long period, another reason why public health messages urging all overweight and obese people to shed pounds may need to be revised, Dr. Sharma said.

Furthermore, people who are physically fit tend to have lower scores on the EOSS scale, regardless of their body size, he said.

In the CMAJ study, researchers looked at data from more than 8,000 people living in the U.S. They found that overweight or obese individuals categorized as stage 0 or 1 in the EOSS had a lower risk of death than people in stage 2 or 3.

The results demonstrate that EOSS can be an accurate predictor of future health risks and that doctors should incorporate it into their practice, Prof. Kuk said. The challenge now will be convincing large numbers of clinicians to begin using the new staging system.

"With any development of a new tool there's always a lag between development [and]people using it," she said.

Despite the growing recognition that not all overweight or obese people face serious risks, no one should interpret that message to mean carrying extra weight is good for health, Prof. Kuk said.

"The heavier you are, the more likely you are to progress into the stage 2 or 3," she said. "This isn't the licence to gain as much weight as you want. Clearly there's a line that has to be drawn."

Opinion
Is obesity cause for state intervention?
August 15, 2011 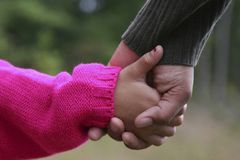