We ask the experts to settle common questions we've all wondered about.

How effective are non-drug therapies for treating depression?

The field of non-drug therapies is a very exciting and rapidly expanding area in part due to the vast quantity of research studies being conducted on these treatments options. There are several kinds of non-drug therapies encompassing psychotherapies or talk therapies as well as various physical treatments including electric convulsive therapy, transcranial magnetic stimulation and the two therapies we are currently concentrating on - bright light therapy and negative ion therapy.

More than 50 to 60 per cent of patients with recurrent winter depression respond to bright light treatment, which uses a light box that mimics natural outdoor light without harmful UV rays. Unlike medication, bright light therapy often works in seven to 10 days and has a more tolerable profile, with fewer side effects. Therefore, it tends to be used more than medication for the treatment of seasonal depression. The timing of the bright light therapy is critical; light should be administered daily, in the morning with duration of 15 to 30 minutes.

In the 1990s, negative ions were evaluated for their stimulating qualities of the nervous system and their effects on mood. The theory of negative ion therapy arose based on the knowledge that during the winter months there are less negative ions in the atmosphere and perhaps bombarding the individual's environment with negative ions would have a therapeutic effect on their mood.

Negative ions generally have a molecule of oxygen and an extra electron, whereas positive ions are molecules that have lost an electron. Many scientists were skeptical of this form of treatment but to their surprise negative ions have been shown to have a positive effect in winter depression. But since this is a relatively new discovery we are still studying how highly ionized environments lead to these antidepressant properties.

In terms of negative ion therapy, again the focus has been on seasonal depression, and we are exploring the idea that this treatment modality may be effective in all kinds of depression. It has yet to be tested on other types of depression. Similar to light therapy, ion therapy is a very appealing treatment because it is very safe, easy to use and well tolerated with limited side effects.

Although medications work in both seasonal and other types of depression, they are effective in only about 60 per cent of cases. We are now hypothesizing that if we can provide a combination of therapies (such as light therapy or ion therapy plus medication) this would lead to a greater improvement in treating depression. This combination of treatments may lead to improvement in a larger proportion of people, and may shorten response time. The current study is taking place in multiple centres across Canada over the next three years and if we do demonstrate that combining treatments is better than any single treatment alone then this could change the way we understand and treat depression not just in Canada but worldwide.

We are currently looking for volunteers for the LIFE (light, ion, and fluoxetine efficacy) in depression study. If you are interested in participating, and are ages 19 to 60 and experiencing three or more of the following symptoms; feeling sad, loss of interest, change in sleep, decreased energy, change in appetite, poor concentration, please call our study line at 416-480-4444.

This study is funded by the Canadian Institutes of Health Research. 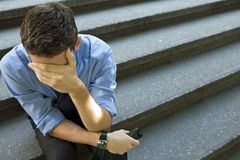 Controversial drug proves highly effective in treating depression
August 6, 2010
Follow us on Twitter @globeandmail Opens in a new window
Report an error Editorial code of conduct
Due to technical reasons, we have temporarily removed commenting from our articles. We hope to have this fixed soon. Thank you for your patience. If you are looking to give feedback on our new site, please send it along to feedback@globeandmail.com. If you want to write a letter to the editor, please forward to letters@globeandmail.com.
Comments