Now that the school year is under way, high-school and university students are staring down their first essay assignments and exams of the semester. Many will try to game the system by plagiarizing, copying multiple-choice answers or memorizing previous test questions.

While this puts them in an increasingly comfortable majority of students, it also slides them into another category, according to new research: psychopathy.

A University of British Columbia study of more than 500 anonymous university students compared personality tests and various measures of cheating – both self-reported cheating in high school and university plagiarizing caught by a computer program.

Students who admitted to cheating, or who were caught, ranked high on what psychologists call the "dark triad" of personality traits: narcissism, Machiavellianism and psychopathy. But it was in psychopathy that they scored highest.

The mental disorder is often characterized by four factors: erratic behaviour, manipulation, callousness and anti-social tendencies. It's also connected to a range of misconduct, from bullying to criminal behaviour.

No, this doesn't mean there are murderous psychopaths lurking in university halls – the psychopathy measured here is considered "sub-clinical" or "non-offender."

"We're not talking about disordered people. After all, they're at challenging universities," says psychology professor Delroy Paulhus, the study's author. "But they do show the profile of these disorders."

In particular, he says, they show a tendency to be impulsive. "They too easily get into that temptation. They are also callous and they don't care that they are taking advantage."

The researchers asked cheaters about their motivations for cheating. In the more psychopathic ones, they found an "unrestrained achievement motivation" – or fierce ambition – often paired with a lack of moral inhibition. Fear of punishment played no role.

The study, which appears in the current Journal of Experimental Psychology, adds to a growing understanding of a cheating culture.

Previous research has shown that in Canada, of 20,000 first-year students at 11 post-secondary schools, 53 per cent admitted to plagiarism and 18 per cent to cheating on tests or exams. And 73 per cent said they had cheated in high school, according to 2006 data compiled by Julia Christensen Hughes of Guelph University and Donald McCabe of Rutgers University.

The obvious culprit is the Internet, which has made it easier to search for sources to lift and papers to buy. Social networking sites such as Facebook have given rise to "study groups" with questionable work-swapping habits.

Prof. McCabe is currently studying cheating among medical students, and he's found that even high achievers use cheating to gain an edge over more qualified students.

"So they get an A+ instead of an A. So they bump themselves up that list," he says. "They may be a good doctor, but they didn't earn all the credentials they have."

In addition to making sure the best students succeed, universities could prevent self-destructive behaviour as well as curbing cheating if they faced up to the fact they're dealing with elements of a potential mental disorder, Dr. Paulhus says.

"Right now, very few have a criminal record," he says. "But that could not be a given later on."

While he does not suggest pre-screening students for psychopathy, he says universities should consider deterrents to cheating that are well matched to the psychopathy profile. For instance, threats of punishment may not work because a student may not see cheating as unethical. Instead, schoolscould refrain from posting grades because it fuels competition, one of the major motivating factors.

They could also warn students they use tools such as Turnitin, a computer program that flags plagiarism, and use alternate exam forms, or even assign essays that require sharing personal experience.

Others in the field are taking a harder line. Simon Fraser University last year announced a new grade, FD – a failure due to dishonesty, which stays on a student's record for two years after graduation. At the helm of the school body that created the policy was, interestingly, the head of the school's criminology program.

At the University of California, San Diego, Canadian-born Tricia Bertram Gallant has been the "academic integrity co-ordinator" since 2006. She says she works with many students caught cheating whom "I don't think are psychopaths."

Instead, she thinks that "Good people can make bad ethical decisions," and that integrity has become a skill many need to learn.

At UCSD, faculty members are encouraged to report cheating and students are given a non-adversarial forum to defend themselves. Some may still be expelled, but many are asked to take a seminar about academic integrity, says Dr. Bertram Gallant, co-author of Cheating in School: What We Know and What We Can Do.

Academic integrity is so foreign to some students that they not only don't see parental help as unethical, they don't even try to hide the fact their parents cheat for them.

Dr. Bertram Gallant recently coached a student who was caught plagiarizing when a computer program found 40 per cent of her paper was copied from another source. It turned out she had sent a paper to her mother to edit and her mother had inserted the material.

When Dr. Bertram Gallant asked the student what she had learned, she replied: "To check the work my mom does."

Prof. McCabe favours the most old-fashioned, and therefore most difficult, approach: instilling an honour code in schools.

He admits it's a tough sell, in part because it's based on trust: A professor who trusts his student not to cheat can't use a program like Turnitin or the trust is broken. Some schools do use the honour-code approach, but it works best in small, intimate settings, says Dr. Bertram Gallant.

Parents are key to shifting kids' attitudes, says Prof. McCabe, especially when they hear their child is thinking about cheating.

"Unless we get everybody on board, there's always going to be somebody who cheats and gets away with it," he says. "Therefore someone's going to see it and feel they have to do it to level the playing field. And you're never going to get off this treadmill we're on." 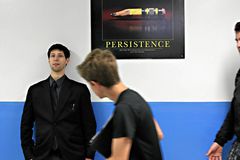 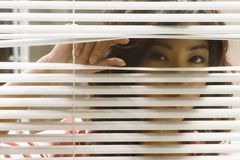