What is the PSA test and why is it in the news?

Prostate-specific antigen (PSA) testing is a very simple blood test that we use to monitor and screen for prostate cancer. The PSA test is highly controversial because it is not a very good screening test. Almost all experts agree that this is true, but there is disagreement about what to do with this information.

Prostate cancer is incredibly common and PSA testing has become widespread. Approximately 16 per cent of males will be diagnosed with prostate cancer.

The PSA test is in the news because the U.S. Preventive Services Task Force (USPSTF) recently recommended against PSA screening for people without prostate cancer symptoms regardless of age, race or family history.

What was the reasoning behind the recommendation?

It centres on two recent large trials that were conducted in Europe and the United States to see whether PSA testing makes a difference. The latter trial, in which men either had no screening or were screened annually with the PSA test for six years, showed no benefit for those who had screening. In other words, survival rates were same in both groups.

The European trial followed men who had been screened according to local guidelines, and compared them to those who had not been screened. This trial showed some benefit to screening, although the effect was small. To save one life, 1,410 men would need to be screened and 48 treated.

There were criticisms of both trials in terms of quality, such as men being tested who weren't supposed to have been. As well, we only have 10 years of follow-up.

A 2011 Cochrane meta-analysis, which combine different higher-quality trials to strengthen the answer, showed no benefit to PSA screening.

It sounds like PSA testing does detect prostate cancer; how come these trials didn't show a big effect?

One big reason is how prostate cancer works. Most people hear the "C" word and assume that they will die soon and that it must be removed urgently.

The majority of men with prostate cancer don't die of their cancer in the first decade. According to the USPSTF, 95 per cent of men with PSA-detected cancer who are followed for 12 years do not die from that cancer, even in the absence of treatment. This implies that PSA testing is not helpful for men with less than 10 to 15 years of life left, and is confirmed by studies of men over 70 showing that removing the prostate cancer has not increased lifespan, but likely brings poorer quality of life with increased incontinence and erectile dysfunction.

PSA testing could make a big difference to individuals with aggressive cancers that metastasize or invade other parts of the body. This is a small fraction of men with prostate cancer (about 2.3 per cent). It also may not make a difference, as some cancer is so aggressive the patient does poorly no matter what we do.

Why have the recommendations been met with such passionate disagreement from some patients and other medical experts?

The PSA debate is partly about the science, but it is also about values and perspective. To understand this situation it may be helpful to review some of the actors in the PSA drama. If you will allow me to generalize about some personas, I see the following:

Urologists: Urologists see the consequences of PSA testing more than other clinicians – they diagnose and treat prostate cancer. They monitor many men with slow-growing tumours, but they also see those who succumb to the disease. Theyare engaged in a side of the PSA debate that often gets missed: How aggressive should we be in treatment? For example, in Canada we tend to employ more "active surveillance" compared with the aggressive treatment favoured by our neighbours to the south. Many urologists feel strongly that PSA testing has led to them seeing less severe disease and that the time frame that we need to get a full perspective to the PSA story is longer than the 10 or 12 years currently studied.

Epidemiologists: This is a specialty that studies the big picture of how diseases play out in the larger population. For them, PSA testing is but one screening manoeuvre of many. Lots of screening tests may help a small group of people, but we only have so much time, money and human resources. They are happy to support PSA testing, but when they look at the research evidence right now they feel that the evidence comes up short.

Family doctors: They see yet another angle on the pros (reassuring many men, catching cancer earlier in a few) and cons (false positives, not improving lifespan in majority, worsening quality of life in some with anxiety and unnecessary treatments). Family doctors live the statistics of PSA testing: If we give 100 men the PSA test, 90 will be "normal." Of the 10 that are "positive," three will have prostate cancer proven after biopsies and seven will not. They also see the variability in patient styles: Some men want to leave no stone unturned, others would prefer to concentrate on preventative measures that are proven.

What about me, the patient?

I wish we could give you one answer but the fact is all of the actors are right. The science here is messy and open to interpretation. You may be cared for by somebody you trust who comes down on one side of the debate, but I think you may also have to ask yourself: Are you somebody who feels that "until you can show me definitively that PSA doesn't work, then I need to err on the side of caution with prevention and go ahead and do the test with all it's foibles"? Or are you the type that says, "hey, the available evidence doesn't show much benefit, and some harm, and until you show me otherwise I am not going to worry about it"?

The two large trials of PSA are continuing, so stay tuned.

Dr. Mike Evans is an associate professor of Family Medicine & Public Health at the University of Toronto, staff physician at St. Michael's Hospital and director of the Health Design Lab at the Li Ka Shing Knowledge Institute.

Prostate drugs such as Proscar raise risk of high-grade cancer
May 1, 2018 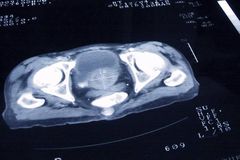 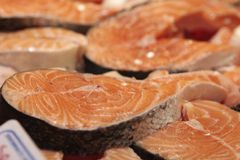 Men ill-informed of side effects of prostate-cancer treatment, experts say
May 2, 2018 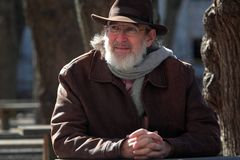