Fewer Ontario teenagers are drinking alcohol today than they did a decade ago, but binge drinking and use of cannabis and prescription drugs hasn't recently declined, a new survey from the Centre for Addiction and Mental Health has found.

Fifty-eight per cent of students in Grade 7 to 12 reported drinking in the past year, a drop from 66 per cent in 1999, according to the 2009 Ontario Student Drug Use and Health Survey, released yesterday. But the levels of cannabis use and binge drinking have remained on an even keel since the previous survey in 2007.

A quarter of Ontario teens reported binge drinking in the month before the survey, which has tracked drug use and health behaviours since 1977. One in four teens smoked marijuana in the past year.

It's a troubling stabilization, says study co-author Robert Mann, a senior researcher on substance abuse at CAMH, and one that suggests policy initiatives and awareness campaigns are doing little to reach teens.

"If you look over the past decade, you see a lot of decline of things like drinking, smoking, use of the harder drugs. That seems to stop this year," he says. "We're concerned that the declines appear to have slowed down or stopped and it's unclear what's going to happen next."

Prescription drugs are among the top three substances abused by teens, Dr. Mann notes, as they were in 2007 when the survey was the first to ask about the use of prescription opioid pain relievers.

Teen girls were more likely than boys to reach for drugs such as OxyContin, Tylenol 3 and Percocet. Twenty per cent of young women compared with 16 per cent of young men reported using the painkillers without a prescription.

"It took us by surprise," Dr. Mann says. "Approximately three-quarters say they're getting them from the home, they have [easy]access."

Therapist Domine Rutayisire says she's treated more youth with prescription drug problems lately at the Teen Health Centre in Windsor, Ont. Most of them are girls with a desire to self-medicate, she says. These drugs numb pain that may come with issues such as depression, social anxiety or attention deficit disorder - problems they'd rather deal with alone to avoid shame.

It's also because teens seek out the drugs that are most accessible to them, adds her colleague Steven Gard, who runs Windsor Focus, a drug and alcohol prevention program in the area.

"That's more and more becoming a parent, a family member or a neighbour's medicine cabinet," he says.

The double-digit reports of teens driving drunk or drugged worries Margaret Miller, national president of Mothers Against Drug Driving. Twelve per cent of high school students reported drinking and driving, and 17 per cent said they've driven after using cannabis. More teens - 23 per cent - reported getting into a car with a drunk driver; 18 per cent were driven by someone who had used cannabis.

"The numbers are very disturbing," she says. "Even though all the awareness efforts of MADD are saying these are hazardous situations, people are dying because of young people using these actions."

To some, however, the survey signifies a step in the right direction.

"We are somewhat doing an effective job in addressing the dangers … and it seems like the youth and young people are listening," Ms. Rutayisire says. "The numbers are not going up and our hope is that eventually [they're] going to start declining."

My 15-year-old is drinking and has used serious drugs
November 4, 2010 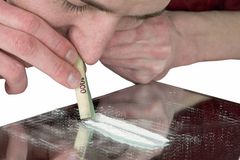 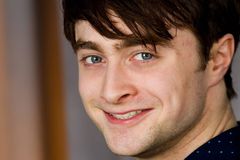