As a result of a federal program requiring some foods to be fortified with folic acid, nearly half the population now consumes high amounts of the vitamin, which may put some at risk of cancer.

The finding is part of a study published on Monday that also revealed that one in five women of child-bearing age - the group that is targeted by the folic-acid fortification - are not getting enough of the vitamin, raising questions about the program's effectiveness and whether it needs to be re-examined.

"I think it really says to me we need to have ongoing monitoring [of the folic-acid program]" said Deborah O'Connor, a professor at the University of Toronto, director of clinical dietetics at the Hospital for Sick Children and one of the authors of the study, published in the Canadian Medical Association Journal.

White flour, enriched pasta and cornmeal have been fortified with folic acid since 1998 to help ensure that women of child-bearing age consume adequate amounts of the vitamin to prevent neural-tube defects in their offspring.

Folic acid is the synthetic form of folate, a B vitamin that occurs naturally in leafy greens, lentils and other foods. It helps the body produce healthy red blood cells and perform a range of other functions, but also guards against neural-tube defects, such as spina bifida.

The Public Health Agency of Canada stresses the importance of folic acid for women of child-bearing age. In addition to food fortification, the agency recommends that those women take a 0.4-milligram folic-acid supplement daily, ideally starting three months before pregnancy and continuing for the first three months of pregnancy.

The number of babies with neural-tube defects, a type of birth defect that develops in the first few weeks of pregnancy, has dropped since the introduction of mandatory fortification in Canada.

In addition, less than 1 per cent of the population has a folic-acid deficiency, according to the study, conducted using data from 5,248 people aged 6 to 79 who were involved in the Canadian Health Measures Survey, which is conducted by Statistics Canada.

But the study also found that despite not having a folic-acid deficiency, meaning very little of the vitamin in their blood, 22 per cent of women of child-bearing age consumed amounts of folic acid that were too low to prevent neural-tube defects.

The researchers say their study is the first comprehensive assessment of folic-acid levels in the blood of Canadians to be conducted in 30 years.

Now, their findings are giving voice to new concerns that a large number of Canadians are being needlessly exposed to high levels of folic acid, which may be a detriment to their health.

The researchers found that 40 per cent of the population has high levels of folic acid in their blood. It's a concern because a large chunk of the population, namely men and children, do not require high amounts of the vitamin.

Dr. O'Connor said it may be a good idea for men and children to avoid supplements or multivitamins that contain folic acid. "We've shown that there's virtually zero chance of [men and children]being deficient, but [their]levels are starting to get a little on the high side," she said.

Excessive consumption of folic acid is drawing increasing concern from scientists who fear that it may be linked to cancer. For instance, a Norwegian study published in the Journal of the American Medical Association last year found that heart-disease patients treated with folic acid and B12 were more likely to be diagnosed and die from cancer than patients who did not receive those vitamins as treatment.

The link between folic acid and cancer is not yet definitive, and researchers say much more work needs to be done in order to understand what the risks are, if any.

Researchers said education and income levels did not seem to play a factor in determining which women consumed too little folic acid.

Policy-makers should pay attention to the fact that a significant portion of the Canadian population consumes high amounts of the vitamin while members of the target population are not getting enough, said Cynthia Colapinto, lead author of the study who works in the Children's Hospital of Eastern Ontario Research Institute as well as being a PhD candidate at the University of Ottawa. 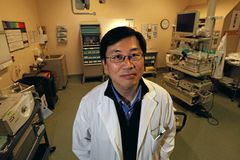