Studies suggesting that everything from cinnamon to lobster either raises or lowers a person's risk of cancer may sometimes be a bunch of baloney, a new report suggests.

Researchers created a list of 50 random food items, then found studies from the last 35 years that claimed risks or benefits for the majority them. But most of the claims were based on weak evidence.

"We have seen a very large number of studies, just too many studies, suggesting that they had identified associations with specific food ingredients with cancer risk," said John Ioannidis from the Stanford Prevention Research Center in California, who worked on the analysis.

"People get scared or they think that they should change their lives and make big decisions, and then things get refuted very quickly," he said .

That back-and-forth can distract the public from associations that do have solid evidence behind them, such as the increased cancer risk tied to smoking or the beneficial effects of fruits and vegetables, he said.

"There's very strong evidence, and pretty strong expectation, that some nutrients in some foods would be related to cancer risk – either protecting or increasing the risk – but it's very hard to believe that almost anything would be associated with cancer," Ioannidis added.

For their study, he and Jonathan Schoenfeld from Harvard Medical School in Boston selected the first 50 ingredients they found in randomly-chosen cookbook recipes.

The researchers then ran each ingredient through a medical journal database search to see if there were any studies tying how much of it people consumed to their risk for some type of cancer.

For 40 out of the 50 ingredients – including veal, celery, cheese and mustard – there were a total of 264 such studies. Of those, 103 suggested the ingredient was tied to an increased risk of cancer, and 88 to a decreased risk.

Studies on some ingredients, such as onions, carrots and tea, almost all showed a decreased cancer risk, and for others, like bacon and sugar, most or all findings showed a higher risk. But for many foods, study results were all over the map.

The average effect shown in each study was about a doubling of cancer risk or a halving of risk, depending on which direction the association went for a particular ingredient in a particular report. However, the data backing those claims was usually unconvincing, Schoenfeld and Ioannidis said.

In larger reviews that included multiple studies, the links between each particular food item and cancer risk were typically smaller or non-existent, according to their findings, which are published in the American Journal of Clinical Nutrition.

"You have all these individual studies, and people are not getting together and trying to figure out what is going on in terms of the entire picture," said Teresa Fung, a professor of nutrition at Simmons College in Boston.

"It's a system problem. It's also how science is reported," Fung, who also has an adjunct appointment at the Harvard School of Public Health, told Reuters.

Of course, none of this means nutrition isn't important for cancer risk and general health. Marjorie McCullough, strategic director of nutritional epidemiology at the American Cancer Society, said the evidence is building that extra weight plays a role in many cancers, and maintaining a healthy body weight is an important part of American Cancer Society's guidelines.

But when it comes to diet itself, it may be more important to focus on larger patterns, rather than specific foods, she added.

"Sometimes we need to take a step back and look at things from a different perspective," Fung said. 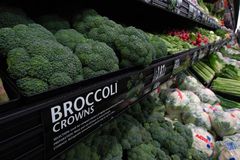 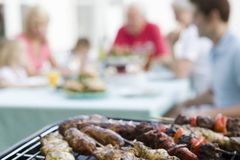 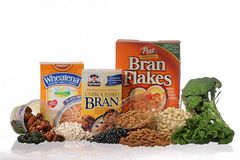