When Gerry Nott took over as editor-in-chief of the Ottawa Citizen two years ago, one of his unconventional moves was to send reporters to a rural community to find out why two teenagers had killed themselves.

The reporters gingerly knocked on each family's door, hoping to find answers, and one family agreed to be interviewed. The paper published a long piece detailing the teen's mostly happy life, complete with wrenching anecdotes from friends, students and McDonald's co-workers.

Rich with details, the story broke most of the industry's taboos about reporting on suicide. The paper used the teenager's name; it used the word "suicide" in prominent display type. The story said there were as many as 1,500 people at the teen's funeral, and made passing reference to the fact that he had attended the other teen's funeral only days before ending his own life.

The headline was, "A young life, a senseless end."

Mr. Nott argues that he made his decision on principle. "With such a significant number of deaths in terms of young people, if this were anything but suicide, we'd write about it incessantly," he says. "If there were a preponderance of deaths related to mountain bikes, we'd write stories about it daily, and I take the position that suicide is no different than that. Unless it's on the table respectfully, it's not going to be addressed by the mental-health system or any of the oversight agencies."

But in the past few years journalists have taken their cues from celebrities and parents-turned-advocates who have created a cottage industry out of suicide awareness.

In the United States, newspaper columnist Dan Savage launched the It Gets Better campaign to try to curtail suicides among young gays by openly talking about the temptation to end a life and highlighting reasons to live. The video-based initiative was founded in September, 2010, after a number of young people killed themselves and left messages behind saying they could not deal with the bullying brought on by their sexuality.

In Ontario, parents have created foundations in their children's names to raise both awareness and money to battle what they perceive to be an epidemic – even though the number of suicides per year has remained largely unchanged for decades.

Meanwhile, Canadian news organizations and politicians have seized on a storyline that links bullying with teen suicide. Ontario has introduced legislation to curtail bullying, with Premier Dalton McGuinty going so far as to film his own It Gets Better video for the province's beleaguered, bullied teens.

The editors who have decided to probe deeper into the lives of young suicides argue that their decisions are made on principle. They also are reacting to social media – where online memorials pop up instantly and friends and family members talk openly about suicide whether the mainstream media are doing it or not.

Whatever is driving the new ethos – journalistic ideals, new technology, a bit of both – some mental-health professionals argue it's dangerous.

In Ottawa, Mr. Nott's decision to pay attention to local suicides proved prescient. Two high-profile deaths in the city – the daughter of an Ottawa Senators assistant coach and the son of a city councillor – have put the issue on the Citizen's front page on a regular basis. The paper, in turn, has focused on "service" stories, the kind that tell people how to get help.

The Canadian Mental Health Association estimates that suicide has accounted for 2 per cent of annual deaths in Canada since the late 1970s and the group most at risk is the 15-to-19-year-old population.

Although rates of adolescent suicide in Canada have declined since the early 1980s, it remains the second-leading cause of death among teenagers, after car accidents. In 2007, the most recent year with available data, 218 people 10 to 19 years old committed suicide.

News outlets, including The Globe and Mail, have used the bullying issue to try to explain why young people are still being driven to kill themselves. Suicide notes are being published in their entirety alongside photos of young victims, and reporters attend funerals and write obituaries of those driven to suicide.

Suicide coverage in North America has always been a delicate subject. While papers once reported suicide with the same vigour afforded high-profile murders, attitudes changed in the 1970s after a research paper determined that the number of suicides in Detroit decreased while the local newspaper was on strike and then spiked again when publication resumed.

Opinion became further entrenched after an Austrian study showed that sensational coverage of subway suicides led to more subway suicides. Reporters were put through sensitivity training and papers changed their policies on covering the subject.

"The media complied with guidelines and the suicide rate decreased by as much as 75 per cent by way of subway," the Canadian Psychiatric Association concluded in its own report on suicide and the media. "The importance of continuous monitoring of the media cannot be underscored enough for suicide prevention."

The professionals haven't changed their minds, even if editors have. Jitender Sareen, a professor of psychiatry at the University of Manitoba, helped to draft a series of guidelines for newsrooms in covering suicide.

Prof. Sareen encourages journalists to write about themes that might be associated with teen suicide – such as poverty and mental health – but he maintains that any coverage that identifies those who took their lives and delves into a person's particular situation oversimplifies the issue and could lead to a spike in the number of suicide attempts in a community.

"The evidence of contagion in this age group is pretty consistent," he says. "I don't think the kind of reporting that focuses on the individual with multiple reports around the case is a good idea. The purpose is good at heart – the media is trying to make change and bring the issues to the public. But it's the old adage of first not doing any harm."

While the idea of "doing no harm" is a medical concept, journalists are trained to tell the story through the most compelling means possible – finding human narratives to bring alive abstract themes such as mental health and poverty – and few storylines or questions are as compelling as what drives a young person to take his or her own life.

Like journalists, the professionals face another issue they had not anticipated: In several of the most high-profile cases over the past two years, coverage has been generated by families who approach the news media with press releases and copies of handwritten suicide notes in the hope of attaching additional meaning to their child's lives and generating public debate.

Parents such as Eric Windeler have set up foundations in their children's names to help raise awareness and try and prevent further suicides. (The Jack Project commemorates Mr. Windeler's son, who killed himself in 2010 while attending Queen's University.)

"Families have decided they won't be quiet and I know there were discussions in newsrooms about the long taboo," said Janice Neil, a journalism professor at Ryerson University. "You almost would have thought it was written in law. When families started requesting publicity to raise awareness and do fundraising then the organizations wondered why they were being silent."

But while Mr. Windeler has been quoted in news stories, he has grown increasingly reluctant to put himself in the spotlight because of the way the media focus on individuals' narratives rather than underlying causes. "When I do agree to talk, there are things I like to stay away from and let professionals handle," he said, adding that he insists that reporters avoid terms such as "committed suicide" or reach for easy answers. "Some of the coverage has been pretty simplistic."

Slick campaigns such as It Gets Better are not without critics, who charge that any message of hope that revolves around a specific cause of suicides – bullying, for example – is a step in the wrong direction because it ignores so many other factors that might contribute.

"The media usually wants a single answer to a problem," Prof. Sareen said. "But look – there is nothing yet that has shown us that youth suicide can be easily prevented ... but studies show the risk of contagion is real. So while the media is trying to do a good job, we should think about how if you're a youth and a buddy commits suicide and you see them on the national news and respect that person, you may decide you want to join them."

Mario Girard, the chief information officer at La Presse, bristles at any suggestion the media should restrict themselves to lofty stories written from a vast distance. His paper recently covered the suicide of a 15-year-old girl and explicitly challenged the popular belief that there was a direct link to bullying that made the case easy to understand.

The girl, who lived in the small town of Ste-Anne-des-Monts, left a note to her mother in which she blamed bullies for her decision. While the girl was certainly tormented, La Presse reporters uncovered details that underscored the fact there are no simple answers when it comes to suicide.

"When our reporters arrived, everyone was talking about bullying," he said. "It is a very sad story. But there was a lot of other stuff going on with her. She had a boyfriend, there were problems. Our stories turned into very important reflections about bullying ... and that is what our readers are asking us to do."

Steve Ladurantaye is a reporter for the Report on Business.

Facebook launches suicide prevention tool: Will it help?
May 3, 2018 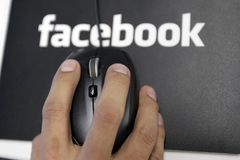 A four-part action plan in the battle against teen suicide
May 15, 2018 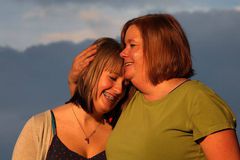 Why do teens turn to suicide? Superstar scientist tries to find out
May 15, 2018 Who better to guide the 'walking wounded' than someone who's been there?
May 3, 2018 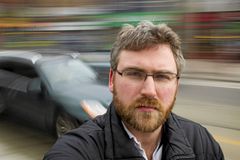