How many of your friends' phone numbers can you dictate from memory? Can you list all of Canada's Prime Ministers? Do you recall the names of all the characters in To Kill a Mockingbird or any other book you read in high school?

Why bother remembering when you can simply check the contact list on your cellphone or do a quick Google search? That's how science writer Joshua Foer carried on in life, until he found himself at the U.S. Memory Championships in 2005. He thought he'd stumbled into a roomful of savants, of freaks of nature, who could memorize complex strings of numbers and commit a deck of cards to memory in mere minutes. Competitors said they had average memories and had simply learned techniques to unleash their brains' potential.

A year later, Mr. Foer returned to the competition as a participant and walked away with the title of U.S. memory champion. In his first book, Moonwalking with Einstein: The Art and Science of Remembering Everything, he examines the role of memorization in ancient civilizations and how its value was eroded by technological advancement. He also explains the techniques he used to turn his forgetful mind into a powerful, mnemonically driven tool. He spoke to The Globe and Mail from his home in New Haven, Conn.

One of the main memorization models you used in training competitions was the memory palace. I think it would be a good place to start to explain what that technique is.

The memory palace is a technique that was invented in ancient Greece. It involves imagining a building in your mind, populating that building with images of what you want to remember. So, if you were trying to remember a list of words, you might put an image of the first word in front of your front door of your house. An image of the second word just inside the front door. You walk through your house scattering images as you move and then when it comes time to recall, you walk back through that building in your mind's eye and the images will be where you left them.

What is it about those spatial markers that come to us easier than other memorization techniques?

If you were to visit the home of a friend that you've never been to before and take a walk around for a few minutes. You walk out of the house knowing where the bathroom is, where the kitchen was, where the furniture was. You actually have a whole lot of information … we gobble up this kind of spatial information. It's something we're good at. The idea behind the memory palace is to take that sort of spatial memory that we have, which we're so good at, and use to remember things that we're not so good at.

You spent a lot of time trying to understand what it takes to become an expert. What is it that separates strong amateurs from the master class when it comes to actual training?

We all sort of reach this point, [with]almost any skill that we try to acquire, where we basically decide we're just okay enough at what we're doing; we've moved the skill back to our mind's filing cabinet and basically turn on autopilot. It happens when we learn to drive a car, it happens when we learn how to write, it happens when we learn how to do just about anything. And the key to getting better at a task is to actually practise, not in autopilot mode. Be constantly forcing yourself beyond your comfort level and figuring out why it is that you're failing in the way that you're failing and then see if you can come up with ways of correcting those failures.

You were taking notes throughout the training and marking different stages of achievement and things you needed to work on.

Basically when I started this, one thing I was told by … this one scientist from Florida State University that I worked with was to keep abundant data. And to constantly be looking at it. And try to figure out where my weakness were and how to perform better. And to go at this in a really rigorous, focused way. So, yeah, I had a spreadsheet on my computer. Any time I tried to remember something I'd plug it in and keep a note. … And that I think ended up being one of my secret weapons when I ended up actually competing in this contest.

What are some of the worst ways to try to learn something?

The way to make it least likely to stick is to make it not be fun. One of the things that I learned through this whole process was, essentially, to make things memorable and fun and colourful and strange.

Yeah, and lewd. If you can bring that to bear on the kinds of things that might not otherwise feel that memorable or feel like that much fun to be spending one's time committing to memory, then the whole process actually improves.

At the U.S. Memory Championships, you encounter high school students and their teacher, who was getting them to memorize things like they did in the old days. They're all quite academically successful. Have schools made a mistake turning away from this model of memorization?

I think everything in education is like a pendulum. Ideas go out of fashion and then they come into fashion and go out of fashion again. I think memory is almost like a bad word these days. I think that's probably been a little bit overly de-emphasized. … You need a certain amount of raw knowledge just to be a good citizen and to be a curious adult. You need to know stuff if you're going to be the kind of person who wants to learn more.

We find often with dementia patients, they can vividly recall memories from decades ago from the early stages of their lives, but they have a lot of trouble with recent events. What is it that makes those older memories stick while the other new ones slip away?

Ribot's Law suggests that over time, somehow, our memories change complexion and older memories are somehow more solidified. The hypothesis is that memories are somehow nomadic. The memories that we think about more over and over again get refreshed. They become more durable and less likely to disappear with memory loss.

After the world championships, you weren't using all of these techniques as much. You were still using external memory devices. Are there any things in your life that you've noticed you are relying on your memory for now?

Well, first of all, there are certain things that there is not a good technology to replace memories. Remembering people's names. You can't just punch that into a cellphone very easily. … The truth is, when someone tells me a telephone number and I have the choice between committing it to memory or punching it into my cellphone, I'll punch it into my cellphone. Sometimes I'll try to remember stuff to keep a little bit active in all of this. When I go to the supermarket or something, I'll say, 'All right, this time you're not going to write down the shopping list; you're going to remember it,' so I don't totally lose my abilities. But there aren't that many opportunities to use one's memory in that sort of a way outside of schooling.

Beyond that age of schooling, why bother committing things to memory? Are there any uses that you've found?

These sorts of memory techniques are like a little sliver of what there is to be said about memory and remembering. I do think that our memories are the essence of who we are. I'm not talking about committing decks of cards to memory. I'm talking about making an effort to remember what's happening for oneself in one life. And that while the techniques I was using in the contest might not be that useful for getting around in the world, the general principles behind them are: Paying attention, first of all, is the most important. Figuring out what is colourful and interesting in a situation that you're in or in something that you're hearing, reading and figuring out how to integrate it.

There's a couple of cases where people seemed to have a natural knack for it - these savants. The problem is that they couldn't grasp the art of forgetting. Why is there a value in forgetting things.

There's a beautiful, sad story written by a Russian psychologist named A.R. Luria about a patient called S, who supposedly remembered everything. S was an unproductive person. He couldn't really hold a job. He couldn't really make his way in the world because he just remembered too much. …Luria writes that it's actually forgetting that's the essence of thinking: It's paying attention to the things that are important and forgetting the things that aren't, because otherwise you're drowning in a sea of trivial things. 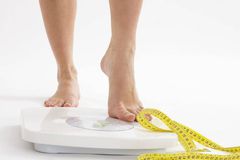 To commit something to memory, take a break
May 3, 2018
Memory worsens in menopause
May 3, 2018
Follow Dakshana Bascaramurty on Twitter @DakGlobe
Report an error Editorial code of conduct
Due to technical reasons, we have temporarily removed commenting from our articles. We hope to have this fixed soon. Thank you for your patience. If you are looking to give feedback on our new site, please send it along to feedback@globeandmail.com. If you want to write a letter to the editor, please forward to letters@globeandmail.com.
Comments