It was a small study, a strange one too, if you came to it cold - 109 people in the early throes of Alzheimer's disease squirted insulin up their noses for four months.

University of Washington researchers who presented it at an international Alzheimer's conference held this summer in Honolulu found the results promising: People treated with the insulin-based nasal spray showed memory improvements, and no signs of serious side-effects.

Yet it wasn't the result that grabbed headlines so much as the question it raised: Insulin - the sugar-busting hormone, the hallowed Canadian discovery and saviour of diabetics - for Alzheimer's?

Quite possibly, yes. A growing branch of research suggests that Alzheimer's disease is akin to diabetes of the brain and therapies for one disorder may be useful for both.

Traditionally, diabetes takes two forms: Type 1, in which the pancreas produces too little insulin to remove destructively high levels of sugar in the blood, and Type 2, in which the body becomes resistant to using insulin properly.

In Alzheimer's, the theory goes, the aging brain also can develop insulin resistance or suffer from a dwindling insulin supply, damaging neurons and contributing to the widespread destruction of mind.

"I think a role of insulin in the brain is to defend against insult," says William Klein, a neuroscientist at Northwestern University in Chicago. "We've been thinking of the root cause, since 1906, as plaques and tangles - but what causes those?"

For years, the idea that toxic plaques of amyloid protein trigger Alzheimer's disease has hogged the limelight. But this theory has yet to produce an effective treatment, so many scientists are hunting for other explanations.

Some have homed in on tau, the protein behind Alzheimer's hallmark tangles of nerve fibres. Others are probing environmental toxins, infections, even the benefits of electrical brain implants, and there are those who suspect inflammation is the main culprit, making normal brain proteins behave very badly.

To some extent, researchers say the failures have galvanized them. "Some cancers that used to kill can now be cured - in another 50 years, that's where we'll be with Alzheimer's," says Peter St George-Hyslop, a renowned researcher at the University of Toronto and University of Cambridge. "It is far too early to throw our hands up and say, 'Forget it, nothing's working.' "

It's against this backdrop of determination that the links between diabetes and Alzheimer's have emerged as a worthy target. One is a disease of "sweet pee" first identified by the ancients and the other a mangling of mind named a century ago, but both are forecast to become epidemics in an age marked by soaring rates of obesity and aging.

"The diabetes connection is an old story that was largely ignored," says Howard Chertkow, a cognitive neurologist at McGill University. "It was about 30 years ago that Suzanne de la Monte at Brown introduced the idea of Alzheim- er's being diabetes of the brain ... Now, it's coming back."

Insulin on the brain

In the 1980s, Dr. de la Monte was working on insulin and the liver when she decided: "I don't care about the liver."

As a major player in metabolism, the liver is a primary site for the study of insulin, which Canadians Frederick Banting and Charles Best first isolated at the University of Toronto in 1921. Before that, diabetes was a death sentence.

But Dr. de la Monte, a young neuropathologist at Brown University in Rhode Island, was hungry to study the role of insulin in the brain, and could find no relevant research. The hormone helps the body's cells convert glucose to energy, but scientists did not believe this applied to the brain, so she began her own experiments.

She chronicled how human brain cells in a petri dish die when starved of insulin, and wondered what happens in the brain when insulin is in short supply. By injecting rats with an antibiotic that happens to block insulin, she managed to give the animals "diabetes of the brain."

But the post mortems stunned her - the rats' brains were riddled with dead cells, plaques and tangled nerve fibres. "Oh my god," she said, "this is Alzheimer's disease."

"I got a lot of flack for that," she recalls. "But as a concept, I believe it's right … Diabetes is like one disease that can affect different parts of the body."

Diabetes is known to cause cardiovascular problems that can hamper blood flow to the brain and contribute to vascular dementia. But its role in Alzheimer's is less clear, although it's known that diabetics face as a much as a 70-per-cent higher risk of getting the disease - another good reason, scientists say, people should stay fit.

But not all Alzheimer's patients are diabetic, and Dr. de la Monte believes insulin resistance in the brain can develop regardless of whether a person has diabetes.

She has found that insulin helps brain cells talk to one another, that nerve fibres stretching between them are "studded with insulin receptors" and that the hormone is crucial to memory and learning. At first, she says, her work received little attention because it did not jibe with the plaque-as-key-perpetrator hypothesis: "I would never say amyloid has no role, but it may have a role if something else is already wrong."

In the 1980s, neuropathologist Patrick McGeer, now professor emeritus at the University of British Columbia, also found that Alzheimer's and diabetes have common features. His team discovered that diabetics have inflammation and amyloid plaque build-up in the pancreas, just as people with Alzheimer's have in their brains. But he is not convinced that insulin drives the disease. "It's peripheral," he says, adding that an insulin treatment for Alzheimer's could be dangerous since too much insulin in the brain "would be toxic."

Last year, GlaxoSmithKline tried its controversial diabetes drug Avandia as a treatment for Alzheimer's, since it helps the body make better use of its own insulin. But the company concluded it was no better than standard treatment and halted development.

Dr. de la Monte felt the test subjects did improve, but that the doses they were being given were too high. Others, such as Dr. Klein at Northwestern, say that Avandia, as with most failed Alzheimer's therapies, was given too late in the disease to make a difference.

Dr. Klein has investigated insulin's role in Alzheimer's for more than a decade, and he believes a shortage of it contributes to the buildup of amyloid plaque, which in effect unites the competing theories. He also is a diabetic himself, and "I can tell you that too little or too much insulin leads to confusion."

He also notes that the hippocampus, the brain's key memory region and notoriously vulnerable to Alzheimer's, has a widespread network of insulin receptors and that insulin not only helps neurons communicate, it clears waste products that can jam brain function.

Many others have found links between insulin and Alzheimer's since Dr. de la Monte coined the controversial term "Type 3 diabetes."

Autopsy studies, for instance, show that Alzheimer's patients have low levels of insulin in the brain, which University of Kansas researchers suggest is related to brain damage and poor cognition - and contribute to tau, the protein behind the nerve tangles common in the disease.

Last month, a team from Japan reported that people with low insulin levels were nearly six times more likely to have the brain plaques associated with Alzheimer's disease.

Dr. St George-Hyslop at the U of T agrees that insulin's role has moved in from the fringes, but says that "it's hard to understand if it is the main thing, or a secondary thing." He believes Alzheimer's can take subtly different forms, with insulin perhaps important in some cases and less so in others.

Despite all the failed drug trials it has spawned, Dr. de la Monte suspects plaque theory will rule the research roost for some time. "The train will keep driving in this direction because it has so much power and force behind it," she says, but adds, "that's fine - it gives me more time to work."

At the moment, she is trying the experiment that was reported in Hawaii, by having Alzheimer's patients at Brown inhale insulin.

"I don't think the nasal spray is the answer," she says, "but if the concept gets legs, that's when the creativity kicks in."

Carolyn Abraham is The Globe and Mail's medical reporter. 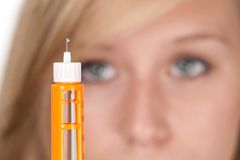 Is there an environmental trigger?
September 23, 2010 A forgotten piece of the family picture
September 23, 2010 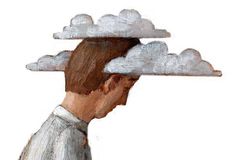 Do we need a national strategy for dementia?
September 23, 2010 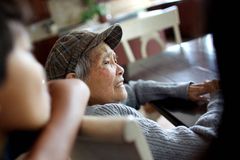