Life is getting easier. Point-and-click software alleviates the mind cramps that come from completing dull tax forms. Global positioning systems have replaced the effort of map-reading. Cellphone contact lists have relieved the struggle of remembering a friend's number and holding it in your mind long enough to dial.

Old-generation activities required significant cognitive effort and control - demands we now happily offload onto our gadgets. But striving to make life easier comes at a cost. By relying on gadgets, we reduce the need to routinely engage parts of the brain responsible for identifying and dealing with cognitive demands.

Neuroimaging studies suggest that the anterior cingulate cortex near the front and centre of the brain is involved in detecting cognitively demanding situations, such as when you are faced with two plausible courses of action. Do I turn left here or go right? The top and outermost regions of the prefrontal cortex help to trigger other brain areas into action, depending on what is needed to resolve a given situation: Activating memory circuits to recall a prior conversation, for example, or triggering visual areas to help search the environment for relevant clues.

Growing evidence suggests that these brain circuits operate best when frequently employed. So while comfort and convenience may be nice, failing to routinely exercise cognitive control can impair other acts that require it. This includes our ability to concentrate, regulate our emotions, thoughts and behaviour, and be strategic in our planning and decision-making.

This has led some to ask whether the technology designed to increase our performance and productivity is instead making us stupid, thus prompting a turn to brain-training video games to redress the cognitive decline. Indeed, brain-training video games now represent a multimillion-dollar industry, despite their as-yet-unproven effectiveness. The largest study addressing this issue - involving more than 11,000 participants - failed to find any improvements on general measures of cognitive abilities.

But even when we turn to technology to help us improve our mental capacities, we still try to take the easy way out. Participants in this study invested as little as three hours total in their brain-training games. When it comes to building a better brain, the easy path afforded by a few weekly video games probably will not do too much.

Should such results lead people to abandon their efforts at enhancing cognitive control? I don't think so. The findings support the idea that the brain requires more substantial exercise to keep it operating at its best.

Consider, of all things, walking. Modern city life has decreed that flat concrete sidewalks are the norm. But traditional Chinese medicine encourages individuals to practise walking on uneven cobblestone paths. These rocky roads require greater feedback between the vestibular system and areas of the brain that control and adjust movements to ensure that we remain upright.

A recent study of older American adults found that those randomly assigned to walk three times a week for four months on cobblestone mats had superior balance compared with those assigned the same amount of walking on a smooth surface. For many older adults, a fall can be tragic. Better balance can be a lifesaver.

Exerting control over our bodies can have other benefits too. The cognitive effort of maintaining good posture or regularly using your non-dominant hand strengthens the brain's capacity to resist immediate gratification. This has even proved helpful for those trying to quit smoking.

Such findings confirm that how we engage our brains can improve how they function. And it's not by seeking out what's easiest.

Mark Fenske, co-author of The Winner's Brain: 8 Strategies Great Minds Use to Achieve Success, is an associate professor in neuroscience at the University of Guelph.

Relief from anxiety may be as close as your BlackBerry
April 30, 2018 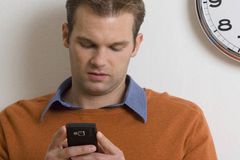 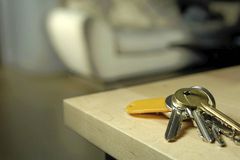