Did Jack Layton die from cancer because he didn't fight the disease hard enough?

Why, then, did so many headlines and social media messages spreading news of his passing Monday morning at age 61 announce that he had lost a battle with cancer?

Even Prime Minister Stephen Harper, in his statement about the opposition leader's death, noted that Mr. Layton "gave his fight against cancer everything he had," and that he "never backed down from any fight."

It's a common cliché, one many of us use when talking about a disease that is often feared and rarely understood.

But to those touched directly by cancer, equating the illness with a war against the enemy, fighting an adversary, or suffering in order to survive can diminish understanding of the challenges and complexities faced by patients and their families.

"The idea that he was waging a battle which he lost demeans him," said Robert Buckman, a medical oncologist at Princess Margaret Hospital in Toronto. "I absolutely feel that he did not lose to an adversary."

Many oncologists and cancer patients have been pushing in recent years for a change in the well-meant, but often misguided words and phrases that have become ingrained in the cancer lexicon.

The outpouring of emotion over Mr. Layton's death provides an opportunity to ask whether it's time to move beyond the militaristic metaphors and clichés.

A significant problem is that most of the common words and phrases we use to describe the experiences of people who have been diagnosed with cancer imply that personal will and self-control play a large part in determining who will live or die.

To say Mr. Layton lost his fight implies he had a say over his fate.

"He didn't choose any of that any more than I could have chosen the colour of my eyes: It's that arbitrary," Dr. Buckman said. "It's a much more mature and helpful comment to say this man, faced with a rotten hand of cards, as it were, really gave meaning to his life and to what he did in his life."

London-based writer Mike Marqusee, who has discussed his experiences with multiple myeloma in several pieces in The Guardian, says cancer has little to do with battle. "The [emphasis]on cancer patients' 'bravery' and 'courage' implies that if you can't 'conquer' your cancer, there's something wrong with you, some weakness or flaw," Mr. Marqusee wrote in 2009. "If your cancer progresses rapidly, is it your fault? Does it reflect some failure of willpower?"

Similarly, saying someone who is now cancer-free is a "survivor" conveys that he or she is somehow better than the people who didn't make it, said Peter Ellis, staff medical oncologist at the Juravinski Cancer Centre in Hamilton, Ont.

"It does set up a battle with a winner and a loser, and I think that some people certainly think that there would be better ways of talking about this," said Dr. Ellis, who is also an associate professor in the department of oncology at McMaster University.

Instead of fixating on the idea of a cancer battle, Dr. Ellis and a growing number of experts in the field say, it is more important to focus on learning to live with cancer.

For those undergoing treatment, this can be much more empowering than the idea they can somehow control the ultimate outcome if they fight hard enough.

It is the attitude that gets Barb Rowe-Bennett through each day. The 64-year-old Toronto resident, who has had cancer off and on for nearly 20 years, is in the last stages of palliative care after her breast cancer metastasized, or spread, to her bones and lungs.

The medication she is taking keeps her comfortable and enables her to leave the house, spend time with family and enjoy each day as it comes.

Ms. Rowe-Bennett doesn't see herself as a "survivor" even though she has managed to outlast the cancer thus far; nor does she feel she has been cursed by bad luck because the disease is still with her.

"I just feel that cancer is an interference in your life, and you have a choice of making it good or bad," she said. "You can bring yourself down, and it can be the worst of the worst, or you can say 'I can carry on, I will deal with [it]on a daily basis.' " 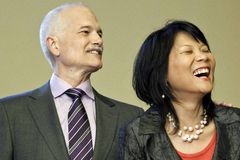 Layton to next generation: 'I want to share with you my belief in your power'
August 22, 2011 Whenever reporters counted Jack Layton out, he fooled them
August 22, 2011 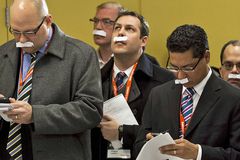 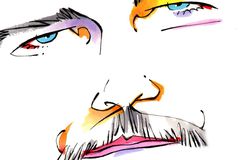