Now a devoted grandmother and mental-health advocate, Margaret Trudeau, 62, recounts her struggle with bipolar disorder in a hopeful new book called Changing My Mind. After decades of treatment, and with the help of family, "every day is wonderful for me," she tells The Globe and Mail while driving through the Vermont mountains with her son Justin's family and her daughter, Ally, for a Thanksgiving picnic.

Why write this book now?

Part of getting better is to leave your past behind, to put it in perspective and move on. But I have incredible gratitude in me for the help that I got. I want others to understand that although this battle is a lonely one, that we are the only player in the game getting our mental health sorted out, without help you can't do it.

Was it also about explaining to others some of your behaviour of the past, for which there was so much criticism?

Nobody really [understood]what was going on with me, why I kept hitting dead ends, always searching for something else outside of myself, not realizing that the real issue was the chemical imbalance in my brain. I searched in all the wrong places, as people will do. We try to heal ourselves.

When you have been in depression for a long time, your family - yourself - are so relieved that the depression is over, that you are up on your feet again,. Here's where the caution comes in - when everything seems so good, that's when you have to be the most careful. Because it accelerates into mania. Mania is the most destructive of the forces. Everybody around you will tell you you're in trouble, and you can't hear what they are saying.

How do you bring yourself down?

I have the tools. The first thing that gets interrupted is your sleep. And I know that the most important thing is to get a good night's sleep. That involves exercise. And then I have the tools of meditation for calming down my unquiet mind. And I have medication, which I take when I need it.

Mental illness is not a matter of taking a pill and being cured.

This is why it is so important we recognize so early the symptoms. You have to go into therapy, you have to talk it out, you have to get rid of the guilt and shame for the actions you did in the past. You have to forgive others for not understanding what you were going through.

Do you still have times, though life is great, when you feel that mania coming on?

I have to know when to remove myself so I can calm [down] think twice, get myself in a place where I am thinking correctly. Everybody has to do that, in order to live a happy life. It's just harder when you are so polarized.

In your book, you say, "women with the mental illness are at the bottom of the pile." Did society's perceptions of women and mental illness factor into the nature of the criticism you received while married to Prime Minister Trudeau?

I was used to get at him, as his Achilles heel, because why else would they prey on a young mother who was way out of her depth, let alone someone suffering from mental illness?

Our understanding of postpartum has changed.

I was patted on the head, and told I had "baby blues."

You also talk about the impact of tragedy - particularly the death of your son, Michel - on your illness.

We don't help people mourn in our society. I was left very alone with my pain and sorrow, and I shouldn't have been left alone with it. But also I didn't ask for help, and I lied to my children who would call and ask how I was doing. I'd tell them I was doing just great, when in fact I was sitting in the dark weeping most of the time.

When you finally found some good doctors, that really made a difference to you.

I was very lucky that I had a doctor who gave me the time. He gave me the choice, I could leave the hospital and probably die. Or I could take his hands and he could help me.

One of your doctors used the line, "What's really pinching you today?"

It was the best line because it opened up a flood of tears. That somebody cared to ask the right question.

Is there a period in the past when you were married to Pierre Trudeau that you wish you could explain in the context of your mental illness?

[A lot of that time]was out of my control, but I don't use that to dismiss it all. Because I also, at the same time, was giving birth to beautiful children, I had a wonderful husband, I was opened up to the world. Some doctors say that depression is suppressed anger, or feeling you have no voice, no way of changing anything. And the mania, of course, allows you to change things, though not in the appropriate ways.

You wrote that having a mental illness is "a victory over self." Do you feel that you have reached that point?

It may just be that my hormones are so nicely silenced now, being my age. And that I am mature and wise - finally. Maybe it's my place in time, or maybe it's because I had the courage to get the help, and I had people who cared enough about me to intervene gently, and say, 'Mommy, or Margaret, this isn't enough. You can live so much better than this." And really, old age - and being a grandma - is a gift for all the struggles. 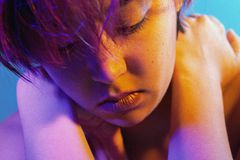 She brings her own star quality to the Trudeau legacy
September 29, 2008
Justin Trudeau's exuberance lands him in trouble
March 29, 2010 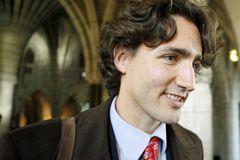