The average brain is wired with thousands of kilometres of nerve fibres. A new approach to understanding and potentially treating Alzheimer's disease involves the tiny tubes found inside them.

Nerve fibres are the long arms that extend from brain cells and allow them to communicate with each other and carry information. Inside the fibres are a set of pipes, known as microtubules, that provide structural support and serve as a transportation system for the compounds that keep brain cells healthy. These tubes also regularly rebuild themselves, perhaps as often as every six to 12 hours, says Jack Tuszynski, a researcher at the University of Alberta in Edmonton.

"The gist of our story is that if this process is impeded, bad things happen," says Dr. Tuszynski, who is part of an international team that has put forward a new theory that connects the distinctive brain damage seen in patients who have died from Alzheimer's disease to problems in microtubule construction.

The team's recent paper, published in the journal PLoS One, is one of a number of recent developments in Alzheimer's disease related to basic research on the structure and chemistry of the brain. As scientists learn more about the brain's infrastructure, they are coming up with new ideas for how to fight a devastating disease.

About 500,000 Canadians have Alzheimer's and related dementias, and that number is expected to double within 20 years. There is currently no way to halt or reverse the disease, which robs people of their memories and, eventually, the ability to perform even simple tasks.

Researchers don't yet understand how Alzheimer's disease starts, but autopsies show that the brains of patients are riddled with sticky clumps known as amyloid plaques. There is a second type of damage as well, the distinctive tangles made up of a protein called tau.

For years, many Alzheimer's researchers focused on the plaques, investigating how they form, and on developing experimental drugs to block their formation. These have not worked in humans.

There is increasing evidence, however, that plaques trigger a series of events that cause the tau protein to form tangles, and it is these tangles that kill brain cells and cause many symptoms of dementia.

Dr. Tuszynski and his colleagues have put forward a theory that explains how this happens. Tau, they say, plays a role in microtubule construction. It knits bundles of tubes together into a lattice-like structure inside the nerve fibre.

Each microtubule measures about 25 nanometres in diameter. (A nanometre is a billionth of a metre.) When they are joined together, they become more stable.

There are many possibilities for what could go wrong in microtubule construction, but Dr. Tuszynski and his team focused on the role of zinc.

Amyloid plaques suck up zinc, one of the metals that play a helpful role in the brain. Could the low levels of zinc caused by the plaques encourage tau to form tangles instead of it reinforcing the structural integrity of the tubes?

To find out, Dr. Tuszynski, who is a computational biophysicist, and his former student, Travis Craddock, did a detailed computer simulation of microtubule formation – down to the level of the atom.

The results showed low levels of zinc would destabilize microtubules, spur the formation of amyloid plaques and tau tangles and disrupt the internal architecture of nerve fibres.

"You lose the structural integrity of the neuron," he says.

He also suspects that microtubules are also involved in making and storing memories. His sophisticated computer modelling, funded by the Natural Sciences and Engineering Research Council of Canada, suggested they have an information-processing and storage capacity that the brain needs to form and retain memories.

The goal now, he says, is to find ways to restore zinc levels in the neurons and see if that slows the progression or reduces symptoms of Alzheimer's.

Zinc tablets won't work, he says, because the amyloid plaques will absorb the nutrient.

But it might be possible to block the plaques from taking up zinc, or to deliver it to microtubules. At least one drug related to zinc levels in the brain is already being clinically tested.

The researchers, including Rudolph Tanzi, a neurology professor at Harvard University, outlined the evidence for their new theory about Alzheimer's in the recent paper.

One of the co-authors, Stuart Hameroff at the Center for Consciousness Studies at the University of Arizona, has argued that microtubules may also be involved in consciousness.

Dr. Tuszynski suspects that problems with microtubules lie at the heart of other neurodegenerative disorders, such as Parkinson's disease, which affects muscle control and can also cause dementia.

"I feel we are now turning the corner on these diseases."

Facts & Arguments
How Alzheimer's has changed my life
April 4, 2012 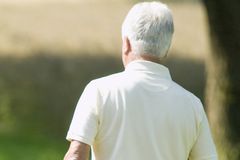 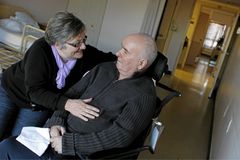