New diagnostic tests will soon be available to anyone who wants to know if their brains have tell-tale signs of Alzheimer's disease.

The tests include brain scans and spinal-fluid analysis that can detect signs of the distinctive plaques and tangles that are characteristic of Alzheimer's, the most common cause of dementia. There is evidence this damage starts long before people experience memory loss.

Currently, dementia from Alzheimer's disease is diagnosed by memory loss and the inability to carry out daily activities like getting dressed or looking after personal hygiene, coupled with an autopsy report of plaques and tangles.

Perhaps the most important new tool uses positron emission tomography, or a PET scan, to detect amyloid plaques, the clumps of aberrant protein that riddle the brains of people in the advanced stages of the disease.

The amyloid PET scan hasn't been approved in Canada or the United States; The first convincing data on it was presented at an international meeting on Alzheimer's in Hawaii this summer.

It is clearly a step forward because in the past an autopsy was required, says Judes Poirier, a researcher at McGill University and the Douglas Institute in Verdun.

"Now we don't need to wait for people to die to say this is definitely Alzheimer's."

Scientists are also seeing whether they can detect signs of trouble in spinal fluid. They look for abnormal levels of amyloid and a second protein called tau that forms distinctive tangles in the brains of people with Alzheimer's.

Magnetic resonance imaging, or MRIs, can detect shrinkage of the hippocampus, a part of the brain involved in memory, and researchers in Texas are working on a blood test that would reliably indicate Alzheimer's.

Testing for a genetic risk factor associated with Alzheimer's has been available for years, says Dr. Poirier, a pioneer in probing the genetics of the disease. But like, many genetic tests, it isn't definitive. If someone carries two copies of a gene called apoE4, one from each parent, they are nine times more likely to get Alzheimer's, he says. One copy makes them three times more likely.

In many trials now under way, genetic testing is being done along with the newer diagnostic tools being evaluated, he says.

New guidelines, proposed at the meeting in Hawaii are expected to be adopted in the U.S. as early as this fall, and will influence policy in Canada, says Sandra Black, a researcher at the U of T and Sunnybrook hospital.

Provinces must decide to pay for the tests, she says, although people could probably have them done in the United States.

Researchers consider the new diagnostic tests essential tools in the quest to find drugs that will slow or stop Alzheimer's disease.

But they also could cause a dilemma: Would you want to know you're developing an illness that will rob you of your memory and autonomy - and there is little doctors can do?

Yet, if researchers are going to find new treatments, they need to be able to diagnose people earlier, says Robin Hsuing, a University of British Columbia scientist looking for biomarkers for frontal temporal dementia, a form of dementia that tends to hit people younger.

"We are in a very interesting transition, which I hope is going to be toward some therapies that actually work," says Sandra Black, a Canadian researcher taking part in a large U.S. trial to assess diagnostic tests.

The push for early diagnosis came from the Food and Drug Administration in the United States, says McGill University researcher Judes Poirier, because most major drug companies have something they want to test.

Mild cognitive impairment is an early stage of mental decline but only half of those who are diagnosed go on to develop Alzheimer's. Yet, the preliminary results of a large U.S. study found that 80 to 90 per cent of MCI patients who also had telltale amyloid plaques in their brains and a build-up of tau in their spinal fluid went on to develop dementia, Dr. Hsiung says.

So the initial trials of a drug will likely involve MCI patients. But anything that works for them would likely be tested in people without symptoms, if their tests show signs of brain damage associated with Alzheimer's.

It is also possible that early diagnosis may help patients make lifestyle changes that delay the onset of the disease. Studies suggest that exercise and a healthy diet may be protective. Both measures are widely advocated by doctors to prevent heart disease and stroke, Dr. Black says, but many patients ignore the advice.

They may feel different if they knew they were at high risk for Alzheimer's - or they could become anxious and have trouble getting insurance.

"You would hate," she says, "for someone to jump off a cliff." 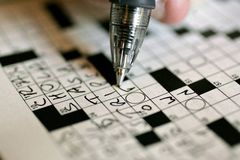 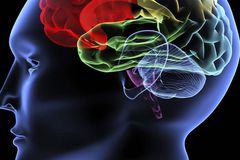