After a lengthy and contentious revision process, the criteria for the fifth edition of the Diagnostic and Statistical Manual of Mental Disorders have now been finalized, bringing the guide – known as psychiatry's "bible" – a major step closer to publication.

The American Psychiatric Association's board of trustees approved the final criteria for the DSM-5 in a vote on Saturday, ending nearly seven years of debate over changes to how various disorders are identified.

While some critics worried that the new edition would increase the number of conditions that are considered psychiatric disorders, leading to excessive treatment, a statement from the association noted it will include approximately the same number of disorders that were in the DSM-IV, published in 1994.

"We have sought to be conservative in our approach to revising DSM-5," David Kupfer, chair of the DSM-5 task force, said in the statement. "Our work has been aimed at more accurately defining mental disorders that have a real impact on people's lives, not expanding the scope of psychiatry."

The latest edition of the manual, which is widely used by psychiatrists to diagnose and classify mental disorders, is scheduled to be published in May, 2013.

Even though the association characterizes the DSM-5 as going "against the trend from other areas of medicine that increase the number of diagnoses annually," it remains highly controversial. According to Bloomberg News, Allen Frances, who led the task force that produced the previous edition of the manual, called the outcome of Saturday's vote a "disaster."

Frances told Bloomberg that family doctors who may lack training in mental disorders will be using the new criteria to make diagnoses. "The thing I learned with DSM-IV is that if anything can be misused, it will be," he said.

Meanwhile, psychiatry professor Michael Berk told the news agency that the manual is "very controversial" because unlike most medical diagnoses that are verified by physical signs of disease, "in psychiatry, you have syndromes – mood, anxiety, psychosis – and you have symptoms built around those," which may be harder to measure.

Among the key changes that have been approved is a decision to incorporate several diagnoses, including autistic disorder, Asperger's and childhood disintegrative disorder, under a single diagnosis of autism spectrum disorder.

Binge eating, which was previously mentioned in an appendix in the DSM-IV, has been moved to a section on disorders in the new edition to better distinguish the symptoms and behaviours of those who have the condition, the American Psychiatric Association said. A diagnosis called "disruptive mood dysregulation disorder" will be added to diagnose "children who exhibit persistent irritability and frequent episodes of behaviour outbursts three or more times a week for more than a year." Excoriation (skin-picking) disorder and hoarding disorder, used to characterize people who have persistent trouble parting with possessions, are also new to the DSM-5.

While the DSM is often used in the United States to determine insurance claims and eligibility for special services, the introduction of the new edition will likely have a significant impact on how various disorders are recognized in Canada, too. Canadian experts, in fact, are among the 1,500 professionals who have contributed to the revision process.

"It's very widely used. It's not just in the U.S. Pretty much all over the western world, it's the classification of mental disorders and it's what all mental professionals – not just psychiatrists, but some social workers and psychologists – use," says Benoit Mulsant, physician-in-chief at the Centre for Addiction and Mental Health in Toronto.

As has happened whenever a new edition of the DSM has been introduced, he adds, "when diagnoses disappear or change … those [new definitions] tend to be widely used."

But while most practitioners in Canada will be using the DSM-5, Susan Abbey, past president of the Canadian Psychiatric Association, says it is uncertain how the new manual will change psychiatry in Canada.

"We don't really know what the impact will be just yet," she said. "There will be a lot more reaction from people in May when it's finally published."

Don Blane, chairman of the Autism Canada Foundation, says it is unclear how the changes for diagnosing autism will affect Canadians who have the various disorders that will be defined as a single diagnosis.

"It has its pluses and its minuses," Blane says, noting that some believe the change may narrow the definition of autism, which could allow researchers to better home in on its causes and provide specialized treatment.

But, as a father of twins who have autism, he says: "From my perspective, anything that narrows the definition and would prevent families who need to get resources from getting resources, that wouldn't be beneficial at all.

"There's two sides to it, but I think it's kind of too early to say at this point."

Where is its mind? What the battle over the 'bible' says about psychiatry
July 9, 2011 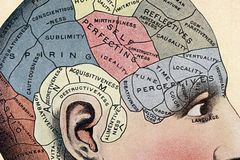 The Psychopath Test: A Journey Through the Madness Industry, by Jon Ronson
June 10, 2011 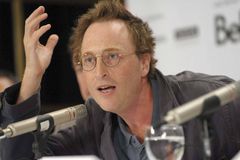 Mental health experts ask: Will anyone be normal?
July 27, 2010
Follow Wency Leung on Twitter @wencyleung
Report an error Editorial code of conduct
Due to technical reasons, we have temporarily removed commenting from our articles. We hope to have this fixed soon. Thank you for your patience. If you are looking to give feedback on our new site, please send it along to feedback@globeandmail.com. If you want to write a letter to the editor, please forward to letters@globeandmail.com.
Comments