People living in urban neighbourhoods are more likely to develop psychotic illnesses such as schizophrenia and paranoid disorder than those in rural areas, according to a new report in the Archives of General Psychiatry.

The researchers believe the causes include poverty and poor social cohesion - that's community spirit, or "the level of trust, social networks and bonds," says lead author Stanley Zammit, a senior lecturer in psychiatry at Cardiff University in Wales.

Prof. Zammit and his colleagues write that although most of the risk for developing a psychotic illness emerges from individual characteristics such as family history or drug use, a person's environment is important.

The researchers looked at the neighbourhoods each psychotic patient had been raised in. They found the poorer and "less stable" the neighbourhood - including areas with many single-parent families moving in and out frequently - the more likely the individual was to suffer some form of psychosis as an adult.

"Our findings highlight the concern that physical integration alone is not sufficient but that ... a localized sense of safety, cohesion and community spirit must also be maintained to enhance the mental health of individuals within the population," the authors write.

In Toronto, researchers are also examining how urban areas can promote or diminish mental health. Launched in 2009 and wrapping up in 2012, the Neighborhood Effects on Health and Well-Being project is looking at more than 2,000 randomly sampled Torontonians in nearly 100 neighbourhoods.

Researchers have visited many of the participants at their homes and surveyed their neighbourhoods, as well as their physical and mental health and how they feel about living where they do.

"There are some ways of organizing neighbourhoods that are not necessarily good for health," says Patricia O'Campo, director of the Centre for Research on Inner City Health at St. Michael's Hospital, who leads the project with Blair Wheaton, a sociology professor at the University of Toronto.

Prof. O'Campo says that while many Canadian cities do not have the "food deserts" or concentrated poverty typical of larger U.S. cities - clustered neighbourhoods where 40 per cent of families or households live at or below the poverty line - there are issues nonetheless.

"We know that urban sprawl and not having enough access to transportation and resources is stressful," she says.

Stress in turn exacerbates mental health problems such as depression and anxiety. Although resources can lower stress, they "aren't necessarily going to solve the problem."

The goal of the study is to provide clues on how to improve residential environments.

"It's about building cities differently," Prof. O'Campo says, referring to the mixed-income neighbourhood experiment currently taking hold in places such as Regent Park in Toronto.

"When you have concentrated poverty year after year, many of the problems of the neighbourhood become epidemic. Crime, abandoned housing, abandoned resources, high school dropout [rates]all become epidemic. You get this concentration of problems, the threshold gets reached and then everything falls apart."

Prof. Zammit, meanwhile, points out that "it's not just about mixing."

"You've got to mix people," he says, "but also ensure that, particularly if they're a minority group, that they feel they are a part of that community." 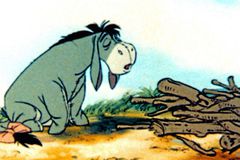 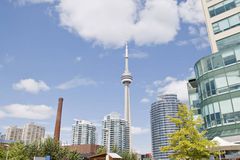