The next time you see someone on a bus pecking away at a BlackBerry, don't assume your fellow commuter is working overtime or addicted to playing Angry Birds. There's a chance he or she is getting therapy.

Yes, the days of software-based psychological help are upon us.

What's more, preliminary research suggests that for anxious people, a couple hours of treatment via computer may work as well as medication or months of face time with a therapist.

In one exercise, a human face with a neutral expression flashes on the screen at the same time as a face with a disgusted mien. A millisecond later, the software prompts the patient to identify a letter that materializes on the same part of the screen where the neutral face appeared. With repetition, the patient begins to ignore the negative image and look to the neutral zone for answers, which eases anxiety. Or so the theory goes.

The software programs are "like really boring computer games," says Nader Amir, a professor of psychology at San Diego State University. Researchers aren't sure how they work, he says, but the effects of attention retraining seem to spill over into patients' lives.

In a randomized controlled trial led by Dr. Amir and published in 2009 in the Journal of Consulting and Clinical Psychology, patients diagnosed with social anxiety received less than three hours of attention retraining spread over four weeks. After the study was over, half of the patients who received the treatment no longer met the diagnostic criteria for social anxiety.

That's a success rate of 50 per cent - about the same results achieved in clinical trials for medications and talk therapy.

Computer-based attention retraining may have lasting benefits, notes Dr. Amir. In follow-up interviews up to a year after the study, he says, patients reported that "things that used to bother them don't bother them any more."

Dr. Amir's research confirms an earlier 2009 study published in the Journal of Abnormal Psychology and conducted by Brad Schmidt at Florida State University. After eight brief sessions of attention retraining, 70 per cent of patients with social anxiety no longer met the diagnostic criteria, compared with 11 per cent of patients who received a sham treatment.

With results like these, it's no wonder the software has hit the small screen.

Researchers at Harvard University, led by Richard McNally, are part way through a trial to assess whether the treatment works when it's delivered on an iPhone or BlackBerry. Doing the exercises in two-minute increments on a smart phone could make the treatment more convenient and less tedious for patients, says Phil Enock, a graduate student who is co-authoring the study. "A lot of people find this task boring."

Calling it video-game therapy is a stretch, he says, since the software evolved from a tool used in vision science. Psychologist Colin MacLeod developed the technology (known as dot-probe) as an intervention for people with mood disorders in a 2002 study at the University of Western Australia.

Since then, the most convincing studies have involved patients with anxiety. But researchers worldwide are evaluating various computer-based cognitive treatments for depression, post-traumatic stress disorder and other psychological problems.

Chronic alcoholics who complete "approach-avoidance" tasks on a computer are more likely to abstain, according to a study conducted by Reinout Wiers at the University of Amsterdam, published in March 2011 in Psychological Science. In 15-minute sessions spread over four consecutive days, alcoholic in-patients were instructed to push or pull a joystick in response to photos and words about alcohol. A year later, 46 per cent of them had relapsed - compared with 59 per cent of alcoholics who received mock treatment or none at all.

Although the research is promising, Mark Berber, an assistant professor at Queen's University in Kingston, Ont., says he doubts computer-based treatments can provide a quick fix.

Alcoholism and anxiety are complex disorders that often coexist with other psychological problems, he points out. "If you're talking about curing alcoholism using positive-bias modification with a joystick to avoid opening the fridge," he says, "I think that would be naive."

Dr. Berber notes that medication combined with psychotherapy is the evidence-based treatment for mood disorders. And, he adds, studies have established that the better the patient-therapist relationship, "the better the outcome."

Researchers such as Dr. Amir and Dr. MacLeod emphasize the need for larger randomized clinical trials conducted by labs that weren't involved in the original studies.

But attention-retraining software is already on the market. Cognitive Retraining Technologies, co-founded by Dr. Amir, is selling downloads to the public for $139.99 at managingyouranxiety.com.

Selling an experimental treatment is an ethical choice for Dr. Amir to make, says Dr. Schmidt. He points out that as an intervention for social anxiety, attention retraining has already met the criteria for an empirically validated treatment according to guidelines set by the American Psychological Association.

Quick and simple, the treatment has potential as a first step in a larger treatment plan, Dr. Schmidt says. And there are no known side effects. 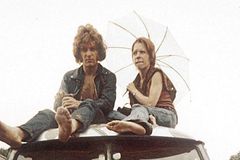