The study of a patient with a rare neurological disorder has enabled researchers to pinpoint the region of the brain that governs fear - the essential emotion that helps people, and other living creatures, steer clear of danger.

The 44-year-old woman is afflicted with a genetic condition called Urbach-Wiethe disease that basically destroyed the function of her amygdala - which consists of two almond-shaped structures on both sides of the brain.

After following her case for two decades, and subjecting her to numerous psychological tests, University of Iowa researchers have concluded she is incapable of experiencing fear - and therefore can't seem to avoid danger.

"She has been held up at knifepoint and at gunpoint, she was once physically accosted by a woman twice her size, she was nearly killed in an act of domestic violence, and on more than one occasion she has been explicitly threatened with death," the researchers remark in recounting the personal story of the remarkable patient who is the mother of three children.

"The horrors of life are unable to penetrate her emotional core. In essence, traumatic events leave no emotional imprint on her brain," said Justin Feinstein, a doctoral student who was part of the research team. And yet the patient - identified only by the initials SM for privacy reasons - is able to experience other emotions such as happiness and sadness.

The only indication that she ever felt fear is from childhood recollections, likely before her amygdala ceased to operate.

Taken together, the findings indicate the amygdala "plays a pivotal role in triggering a state of fear," the researchers write in the journal Current Biology.

Daniel Tranel, a psychology professor and the senior author of the paper, noted that previous research conducted on animals and people has linked the amygdala to fear-conditioning. But this new study clearly demonstrates that if this small region of the brain is deactivated, the person becomes totally fearless.

By shedding light on how the brain regulates fear, the study could lead to new treatments for post-traumatic stress disorder and other related conditions.

It may be possible to develop drugs that selectively dampen activity within the amygdala, Dr. Tranel said.

But, he added, doctors won't want to block its function completely because fear is critical for survival.

Indeed, the patient who has been the focal point of their research has repeatedly wandered into dangerous situations precisely because of her fearless nature.

Even in the carefully controlled settings of various psychological experiments, she would inadvertently put herself in physical jeopardy. At one point, the researchers wanted to test her reaction to spiders and snakes - two of the most commonly feared animals. She showed no hesitation when presented with a selection of the creatures and wanted to hold them. She even tried to touch a tarantula but had to be stopped because of the risk of being bitten.

"Her behaviour, time and time again, leads her back to the very situations she should be avoiding, highlighting the indispensable role the amygdala plays in promoting survival by compelling organisms away from danger," the researchers conclude.

"It is quite remarkable that she is still alive," Mr. Feinstein said.

Treating math phobia with electroshock to the brain
November 4, 2010 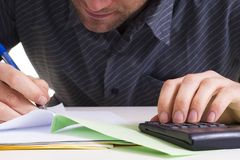 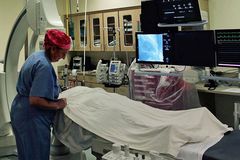 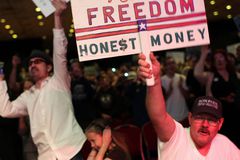 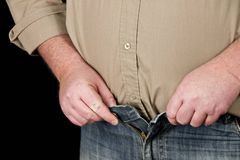 new
Tears are a turnoff for guys - literally
January 6, 2011 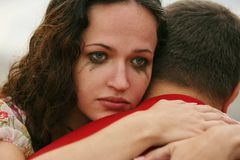