The other day I went on Robert Munsch's website and listened to him read my favourite of his children's books: Jonathan Cleaned Up - Then He Heard a Sound.

Like all of his stories, it is a wild and fanciful tale, featuring a little boy who tries to explain to his mom that the living room is messy because a subway train came through it. It really did - the wall opened and the train raced through, and people got off, scattering stuff everywhere. The boy eventually goes to City Hall where he meets the mayor, who's no fun, along with a little old man who operates the main computer and who, like the Wizard of Oz, runs everything but not very well.

Mr. Munsch read it in his full-out manic style - there's no other word to describe his voice and the pace of the story. In my much less manic voice, I must have read it a hundred times to my kids (one of whom is named Jonathan), along with other Munsch classics such as Love You Forever and 50 Below Zero.

All those memories, of bedtimes and reading, of laughing along with my sleepy children while navigating the repetitive - some might call it simplistic - loop-de-loop of the Munsch style flashed through my mind this week when the author, now 64, revealed that he is a recovering cocaine and alcohol addict.

My heart sank. My first thought was, "Oh no, yet another celebrity offering up his addiction 'journey'." Do these confessions really still contribute to the public good? Or is the addict-rehab-recovery tale just too clichéd by now and the confessor merely indulging in a narcissistic exercise of revelation and regret?

The second reason my heart sank was alarm. Mr. Munsch says he has been sober for four months, which isn't a very long time in Sobrietyville. Recovering addicts would say it's a dangerously short time - long enough to feel triumphant that you're clean, but short enough to not be definitive in any way. His confession was no doubt the prime topic at more than a few 12 Step meetings this week as people grappling with their own substance abuse wondered whether he would relapse and then have to fess up about that.

Mr. Munsch has talked openly before about his mental illness - several years ago he was diagnosed with both obsessive-compulsive disorder and bipolar disorder - and he now says he used both alcohol and cocaine to medicate his illnesses. Or, as he put it in a message to parents on his website: "Those challenges have led me to make some big mistakes."

An interview with one of his daughters revealed she was concerned about how her father - who started using cocaine in his late 50s - was getting the drug. "That was one of the bigger worries, about his personal safety and things like that," said Julie Munsch.

Of course, none of this has a thing to do with his art, which is generous, humane, quirky and beloved. Plus he is not the only children's author to have psychological difficulties. Lewis Carroll, who wrote Alice in Wonderland, was obsessed with young girls, and J.M. Barrie, author of Peter Pan, was by many accounts asexual. I'm not likening Munsch's difficulties to theirs except to point out that all art - including children's classics - endures in spite of the personal travails of its creators.

So it should be with Robert Munsch and his "inner demons" (as one headline put it).

We are at a delicate place in society vis-à-vis mental illness. We haven't quite accepted it as just another disease, like cancer or heart problems, but because so many people are coming forward to say how they have been affected by it, we're moving toward that acceptance. Too many families have been touched by depression or anxiety or phobias; too many children, after being dealt a bad genetic hand, are grappling with mental illness, for us to see it as "other people's problems."

Our attitudes about substance abuse have been changing, too, as we realize that addiction is almost never about the substance, but about what lies beneath - the reason why a person needs to self-medicate, whether it's to numb himself to a painful past or to cope with a difficult present.

So there is little outrage about Robert Munsch: Nor should there be.

As one parent, whose very young children have joyfully discovered the Munsch oeuvre, said: "Something like this couldn't make me stop enjoying Munsch's books. If anything, they make me appreciate them more."

He also mentioned there was some mental illness in his own family.

I'm not going to revisit Bob Munsch's website - I might get a certain story into my head, say Mortimer, and then I will end up going around all day, my irrepressible inner kid bellowing, "Clang clang, rattle-bing-bang, gonna make my noise all day!" Too much joy there.

I'm still not sure Mr. Munsch made the right choice at the right time to reveal his addictions, but I wish him well in his recovery - however long it takes. 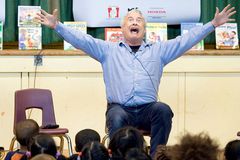 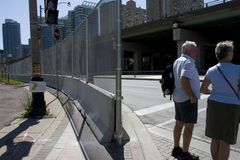 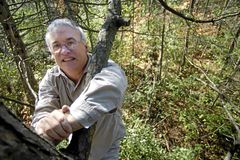 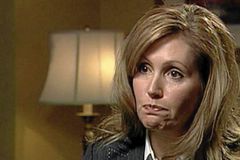