Few psychiatric treatments are as dreaded as electroconvulsive therapy, which added shock value to the season-one finale of the TV drama Homeland.

Psychiatrists, however, say ECT is not as brutal as it seems. And researchers are studying its younger, gentler cousin as a potential treatment for depression. Transcranial direct current stimulation, or tDCS, uses mild electrical current through electrodes on a headband to stimulate the brain. Patients are awake throughout the 20- to 30-minute treatment – and hardly feel a thing.

The electrical current is 1/400th the strength used in ECT, and does not cause seizures or the memory loss associated with ECT. Various studies published since 2000 suggest that tDCS may improve the symptoms of moderate depression.

A recent trial conducted by the University of São Paulo in Brazil found that tDCS worked as well as a low dose of sertraline, the antidepressant marketed as Zoloft. When combined with Zoloft, tDCS worked better than the drug or brain stimulation alone.

Electrical-current therapy appears to enhance brain activity in the frontal cortex, adding to Zoloft's effect, says Felipe Fregni, an associate professor at Harvard Medical School and co-author of the study. "It's almost as if you're lighting up the brain [from] two different directions," he says.

Participants began the study with an average depression score between 30 and 31 on a 0-to-60 scale, where a higher score meant worse depression.

Side effects were minimal, and included several cases of mania or elevated mood, as well as skin redness where the electrodes were applied.

Fregni emphasizes that further research is needed before tDCS can be approved as a psychiatric treatment. But he adds that tDCS is non-invasive, inexpensive and portable – the equipment is about the size of a lunchbox.

Non-invasive brain stimulation in various forms has been around for decades. In recent years, however, improvements in equipment and clinical techniques have led to a renewed interest in tDCS.

Even so, the consensus among psychiatrists is that tDCS will not replace antidepressant medications or ECT, a highly effective – albeit last resort – treatment for severe depression and psychosis.

Research on tDCS is in its early stages, notes Kiran Rabheru, a psychiatrist at the Ottawa Hospital: "It is not a technique that is ready for use as a primary treatment modality for seriously ill patients."

Daniel Blumberger, a researcher at the Centre for Addiction and Mental Health in Toronto, says he is not convinced that tDCS has potential as a stand-alone therapy for depression. "I think its promise is more as an add-on treatment" for patients on antidepressants, he says.

A large American-Australian trial is currently underway to study the efficacy of tDCS in patients taking medications for depression and bipolar disorder.

The treatment has a potential advantage over other non-invasive brain stimulation therapies, such as transcranial magnetic stimulation, which uses magnetic fields to stimulate nerve cells in the brain, says Colleen Loo, a psychiatry professor at the University of New South Wales in Sydney, and principal investigator for the American-Australian trial. With tDCS, "you can actually target the deep brain centres," she says.

In addition, tDCS may offer cognitive benefits. In a study published in 2012, Loo found that patients who received tDCS did better on tests of information-processing speed. "It actually seems to enhance your thinking and memory," Loo says.

Katherine, a 32-year-old medical intern in Sydney, Australia, received tDCS in a study co-authored by Loo. (She asked that her surname be omitted to protect her privacy.) Katherine was hospitalized for two months in her mid-20s during a suicidal period. Three years ago, she found her mood darkening again despite her high dose of Effexor. She consented to six weeks of daily tDCS treatments. After two weeks, her mood began to shift, she says, and by the end of the study period, "I felt really good."

In a follow-up study, she received tDCS weekly for three months and bi-weekly for another three months. Kathrine hasn't had tDCS for about a year now, she says, and "I haven't felt like I need it."

The follow-up study to Loo's trial, published in January in the Journal of Affective Disorders, found that patients who responded to daily tDCS benefited from the maintenance program. After three months, 85 per cent continued to show improvement, and after six months, 55 per cent were still doing well.

Loo notes that prior to receiving tDCS, the majority of the study participants had not improved with antidepressants alone. The follow-up study was spurred by patient demand for tDCS, she adds: "People really like it."

How a ground-breaking surgery offers hope for anorexia treatment
February 27, 2013 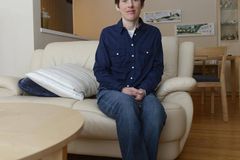 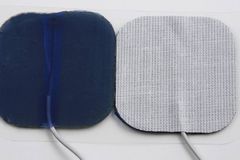