It's dietary advice that can lower high blood pressure: eat more fruit, vegetables, low-fat dairy and whole grains. Now, according to a study published yesterday in the Archives of Internal Medicine, it's also advice that may cut in half your risk of heart failure.

Also called congestive heart failure, it occurs when the heart muscle weakens and cannot pump enough blood fast enough to meet the needs of the body.

Heart failure is considered to be at the end of the heart disease continuum, often preceded by major risk factors including high blood pressure, heart attack, diabetes and obesity.

The condition affects as many as seven million North Americans and its prevalence is expected to double by 2030.

While previous studies have linked certain dietary patterns with protection from risk factors such as high blood pressure and high cholesterol, little is known about whether the foods you eat on a regular basis can prevent or delay heart failure.

According to the current study, what you eat - or don't eat - may dramatically alter your risk. It seems adopting the DASH diet, which has been proven to lower blood pressure, can guard against heart failure.

In a landmark study published in 1997, individuals with mild hypertension assigned to the DASH diet achieved a reduction in blood pressure similar to that obtained by drug treatment - and in the absence of weight loss.

In the current study, researchers assessed the diets of 36,019 women, aged 48 to 83, and calculated a score indicating how closely their diets matched DASH guidelines.

Women in the top 25 per cent of the DASH diet ate, on average, three servings of fruit, 3.5 servings of vegetables, 5.1 servings of whole grains, 1.6 servings of low-fat dairy and less than one serving of red or processed meat each day.

During seven years of follow-up, 443 women developed heart failure, 415 who were hospitalized, and 28 who died from it. Compared with the one-quarter of women with the lowest DASH diet scores, those with the highest scores were 37 per cent less likely to develop heart failure after factors such as age, smoking and physical activity were considered.

Women whose scores placed them in the top 10 per cent had half the rate of heart failure compared with those with the lowest scores.

The researchers speculate the degree of blood pressure lowering achieved by the DASH diet could reduce the rate of heart failure by roughly 12 per cent.

There are other ways in which the DASH diet may protect against heart failure. The diet has been demonstrated to significantly lower LDL (bad) cholesterol.

It's also effective at improving risk factors in men and women with metabolic syndrome. Metabolic syndrome is a clustering of risk factors in one person including elevated waist circumference, high blood pressure, elevated blood triglycerides (fats) and blood glucose, and low HDL (good) cholesterol. Having the syndrome is thought to double one's risk of heart attack.

The DASH diet, plentiful in antioxidants, may also reduce free radical damage that can lead to inflammation and oxidized LDL cholesterol particles. (Oxidized LDL cholesterol is considered more dangerous because it adheres to artery walls more readily.) Previous studies investigating diet and heart failure suggest eating whole grain breakfast cereal daily, compared with never doing so, is linked with a 30 per cent lower risk of heart failure. Eating more than two eggs a day has been associated with a 64 per cent greater risk. Consuming more than 2,300 milligrams of sodium each day has also been shown to increase the risk.

The following diet strategies can help prevent heart failure and the risk factors that contribute to the condition.

At breakfast toss chopped banana, raisins or dried cranberries into a bowl of whole grain cereal. Purée frozen berries with low-fat milk or soy beverage to make a breakfast smoothie. Carry fruit with you for a midday snack.

Choose cereals and breads made from whole grains. (Look for a whole grain to be listed first on the ingredient list.) Try pasta made from whole wheat, spelt or kamut. Substitute cooked bulgur, quinoa, wild or brown rice for white rice.

Add oatmeal to pancakes, flaxseed to muffins, bulgur and barley to soups and stews. Replace half the white flour with whole-wheat flour in recipes for baked goods.

Include low-fat dairy. Aim for two to three servings in your daily diet. One serving is equivalent to 1 cup (250 ml) of skim or 1 per cent milk or ¾ cup (175 ml) of low-fat yogurt or kefir.

Keep your daily sodium intake to less than 2,300 milligrams.

Rely less on convenience foods and restaurant meals. Read nutrition labels on packaged foods and choose brands with lower amounts of sodium for each serving. A daily value of 5 per cent or less means one serving is low in sodium.

A steady intake of refined (white) starches and sugar can cause salt retention and elevate blood pressure. Limit sugary desserts to no more than twice a week. 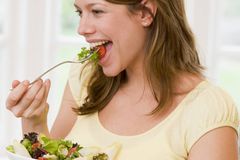 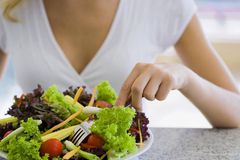 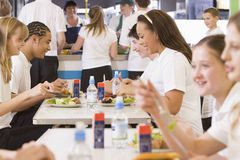 Be kind to your kidneys by adopting the DASH diet
September 21, 2010 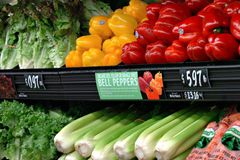