The World Health Organization is investigating reports that the H1N1 vaccine may have triggered a rare sleep disorder in children.

The move comes just days after Finland's National Institute for Health and Welfare published data showing that children in that country who were vaccinated against H1N1 were nine times more likely to develop narcolepsy than children who did not get the vaccine.

The WHO said there have been reports of post-vaccination narcolepsy in at least 12 of the 47 countries where the Pandemrix vaccine (a product of GlaxoSmithKline PLC) was used, but the problem was most acute in Nordic countries such as Finland, Sweden and Iceland.

In Canada, the H1N1 vaccine was called Arepanrix. Also manufactured by GSK, it was similar to Pandemrix.

There have been two reports of children developing narcolepsy after receiving the H1N1 vaccine in Canada - both in Quebec - but no indication that case reports are higher because of the vaccine.

"Considering the millions of doses of Arepanrix that were administered in Canada during the pandemic, the occurrence of only two cases of narcolepsy does not suggest a safety concern," said Sylwia Gomes, senior media relations adviser at the Public Health Agency of Canada.

By comparison, Finland, with a population of 5.2 million, recorded 60 cases of narcolepsy in children and youth age 4 to 19. Of that total, 52 developed the condition in the months after receiving the H1N1 vaccine.

The Finnish report concluded that there was a clear association between vaccination and onset of the sleep disorder, but also stressed that there seems to be a strong genetic factor at play.

Narcolepsy is a neurological disorder in which the brain cannot regulate sleep-wake cycles normally. It is characterized by fleeting - and sometimes debilitating - urges to sleep.

Researchers noted that all the children who developed narcolepsy carried a genetic marker for the disease. Not everyone with the human leukocyte antigen DQB1*0602 genotype develops narcolepsy, but their risk is much higher.

It is not clear how the vaccine - or one of the components of the adjuvant - may have triggered onset.

GSK said in a statement that 31 million doses of Pandemrix had been administered and 162 cases of narcolepsy had been reported in those who were immunized.

The company said it was aware of the Finnish report, but "believes it would be premature to draw any conclusions on a potential association between Pandemrix and narcolepsy until the European investigation has been completed."

Alison Brunier, a spokeswoman for WHO, said the organization's Global Advisory Committee on Vaccine Safety will investigate. The European Medicines Agency, which is responsible for drug approvals, has also launched an investigation.

In the meantime, Ms. Brunier said, WHO believes the benefits of H1N1 vaccination outweigh the risks, even for children. "There's no change to the WHO's current position on use of pandemic influenza vaccines," she said. "This means that countries should continue vaccinating against H1N1."

H1N1, also known as swine flu, continues to ravage parts of Europe, while in North America it has virtually disappeared.

Ms. Gomes said PHAC will "collaborate with the WHO and international partners to monitor and investigate the situation."

The agency is also urging Canadians to get immunized, saying the shot offers the best protection against catching and spreading the flu.

The 2009-10 flu vaccine was unusual in that it protected only against one strain, H1N1 and it contained an adjuvant, a substance used to bolster the antigens in the vaccine.

The adjuvant used in Arepanrix was called AS03. It consisted of squalene (shark liver oil), DL-alpha-tocopherol (vitamin E) and polysorbate 80 (an emulsifier also used in ice cream). The European version of the vaccine, Pandemrix, contained the same adjuvant.

This year's seasonal flu vaccine protects against three strains of influenza: A/California/H1N1 (the official name for the pandemic strain), A/Perth/H3N2 and B/Brisbane. It does not contain an adjuvant. 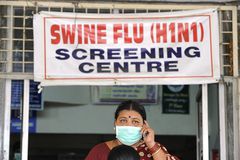 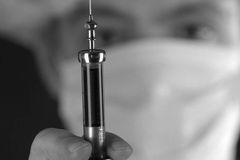 The H1N1 post-mortem
May 13, 2010
Follow André Picard on Twitter @picardonhealth
Report an error Editorial code of conduct
Due to technical reasons, we have temporarily removed commenting from our articles. We hope to have this fixed soon. Thank you for your patience. If you are looking to give feedback on our new site, please send it along to feedback@globeandmail.com. If you want to write a letter to the editor, please forward to letters@globeandmail.com.
Comments