A diverse group of scientists believes the modern system of labelling is misleading consumers and contributing to the global obesity epidemic.

A growing body of research from anthropologists, evolution experts, nutrition specialists and others suggests the energy the body derives from different types of foods varies widely, even when the caloric content appears to be identical. The discrepancy could be adding to the epidemic, they argue, by pushing consumers toward foods that seem to contain fewer calories but are more processed and therefore easier to translate into body fat.

"We're misleading consumers," says Geoffrey Livesey, an independent nutritional biochemist who advises the UN Food and Agricultural Organization on standards for food labelling. "It's promoting the wrong sorts of foods, which is not healthy."

Dr. Livesey's message is supported by research, using both animal and human subjects, presented on Monday at the annual meeting of the American Association for the Advancement of Science in Boston.

The findings point up the inadequacies in a system that originated in the late 19th century, when Wilbur Atwater, a professor of chemistry at Wesleyan University in Middletown, Conn., laid the foundations for food labelling in the United States. Through a series of experiments that were astonishingly accurate for the time, Dr. Atwater established the relative caloric content of the major food macronutrients including carbohydrates, proteins and fats. A modified version of Dr. Atwater's original calculations are the basis for determining the energy content of foods today. They also underlie the classic "food pyramid" created by the U.S. Department of Agriculture in 1992 and since modified, which recommends a diet that is relatively high in breads and cereals relative to proteins and fats.

As David Ludwig, a professor of nutrition at the Harvard School of Public Health points out, efforts to control weight gain by simply reducing fats, which have high caloric content, are typically not successful. What is missing from the Atwater system is a proper consideration of the form of carbohydrates consumed, with more processed carbohydrates, such as refined flour, offering easy access to food energy.

Prof. Ludwig says foods that are closer to their natural state, including whole grains, fruits and vegetables, require additional work to digest and metabolize, so that the net energy they impart is less than the Atwater system would suggest. Most nutritionists would agree. The problem is that consumers making quick decisions, say between a sugary snack and a nut bar, may be inclined to choose the former because on the label it contains fewer total calories.

"The failure of the system is that it underestimates caloric differences," says Richard Wrangham, a biological anthropologist at Harvard University.

Prof. Wrangham has long argued that the artificial modification of food has played a key role in shaping human evolution, starting with the control of fire and the invention of cooking as early as 1.9 million years ago. Cooking aids in the digestion of both meat and plant matter, which makes more energy per bite available to the body. Long ago, that extra energy enabled our ancestors to travel farther, reproduce faster and live longer thanks to a more robust immune system, Prof. Wrangham says. Most important, he argues, cooking was the innovation that fuelled a rapid growth in human brain size.

Today, however, the processing of food through industrial means may have become humanity's Achilles heel, by making it so easy to absorb food energy that obesity is the inevitable result.

David Jenkins, a nutrition scientist at the University of Toronto, agrees that less processed food is generally better for a variety of health reasons but adds that the debate over the Atwater system may be more relevant to academics than the average consumer. "People should be aware that calories do still count," he says.

Prof. Jenkins is known for developing the glycemic index, a measure of the rise in blood-sugar levels after the consumption of different foods. Prof. Ludwig says that, based on recent data, a low GI diet may offer the "best compromise" between reducing energy intake overall and avoiding other potential health issues that may arise on a diet that is rich in protein.

"We're still at the beginning of a line of research that may provide people with more solid recommendations," said Rachel Carmody, who collaborates with Prof. Wrangham at Harvard University. "But it doesn't take an enormous amount of science for someone – when faced with a highly processed form of food relative to a food with similar raw ingredients in a less processed form – to know what the right choice is."

Study finds menu labels may influence how much diners eat
May 11, 2018 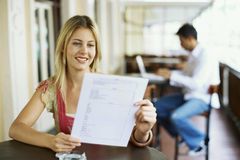 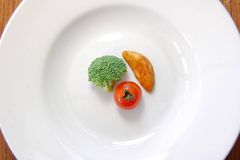