Just over a year after implementing a much publicized surcharge on food with saturated fat, Denmark has repealed its fedtafgiften, the contentious fat tax that was believed to be the first of its kind in the world.

The fat tax, along with a proposed tax on food with high sugar content that was scheduled to come into effect in January, both fell victim to the 2013 budget deal reached Saturday after weeks of negotiations between Denmark's coalition minority government and the left-wing Enhedslisten (Red-Green Alliance ) party.

The agreement, which also scrapped a number of other levies, was described in a statement by Danish Tax Minister Holger Nielsen as "what is needed in the current economic situation."

The fat tax had been criticized for affecting lower-income households. To make up for the lost revenue, the government lowered the standard deduction and raised the basic rate paid by all taxpayers, the Copenhagen Post reported.

The statement also blamed the tax for pushing lipo-craving Danes into cross-border shopping in neighbouring Germany and Sweden.

The end of the tax on saturated fat came just as two economists at the University of Copenhagen published a paper showing that market demand for butter, margarine and oils dropped between 10 to 20 per cent in the three months after the levy was introduced.

The authors, Jørgen Dejgård Jensen and Sinne Smed, cautioned however that it was too early to draw firm conclusions about the tax's impact. They noted that the market changes could be caused by pre-tax hoarding.

The Danish tax, which came into effect last October, applied to food with more than 2.3 per cent saturated fat. The price of butter went up 22 per cent while margarine cost 20 per cent more.

It was believed to be the first such levy in the world and other countries considered emulating Denmark.

In Canada, the Ontario Medical Association proposed last month that junk food be treated the same way as tobacco, slapped with higher taxes and packaged with graphic warning labels.

Hungary announced last year it would impose a tax on food with high fat, salt and sugar content. In France, a Senatorial committee last week proposed a fiscal amendment that would increase by 300 per cent the tax on palm oil.

The French proposal has been dubbed "La taxe Nutella." (The hazelnut-flavoured spread consists primarily of sugar and modified palm oil, according to court documents filed in a class-action suit in the United States against the makers of Nutella.)

The move was badly received in Malaysia, one of the world's top exporters of palm oil. In a press release, the Malaysian Palm Oil Council said the senatorial proposal was "irresponsible" and "badly informed" and suggested that the French should be more concerned about their ample consumption of cheese, meat and butter.

In Denmark, the special levy had been criticized by the food industry for creating red tape. There were further warnings about job losses that would be caused by the proposed tax on goods containing sugar, such as jams and ketchup.

Consumer advocates meanwhile complained of many cases where prices rose beyond what was required by the fat tax. Newspapers reported for example that the price of sour cream increased 17.3 per cent when the tax for that product was only 6.6 per cent.

"The fat tax was one of the most maligned, we have had. So now we must try to do something about public health in a different way," Denmark Food Minister Mette Gjerskov told local media. 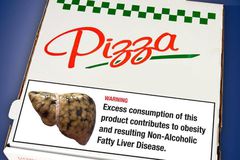