When Norway's Olympic athletes boarded flights to Vancouver in 2010, they were given a long list of instructions on how to avoid getting sick – strategies like using disinfectant hand gel, avoiding shaking hands with fans, and even covering hotel carpets with plastic upon arrival.

For today's world-travelling athletes, staying healthy is a key prerequisite to going for gold. That's no easy task after the soul-parching rigours of a long-haul flight, which is why sports scientists in Norway and elsewhere have been trying to nail down the key risk factors. Their conclusions apply just as well to business travellers and vacationers, and the most recent results suggest a surprising twist: The flight itself, no matter how long, matters less than what happens when you get there.

In some ways, airplanes seem like they were deliberately designed to maximize your chances of catching your neighbour's flu. You're packed tightly with hundreds of others in a confined space, with dry air that strips your airway's linings and recirculates the same germs over and over. On long flights, fatigue, stress and sleep deprivation lower your immune defences, making it harder to fight off the germs you're exposed to.

But the strategies the Norwegian medical staff identified focused more on the destination, keeping the athletes away from germ risks – and even from each other – once they'd arrived. Athletes who had a history of respiratory-tract infections or a heavy competition schedule were even given single rooms in the Olympic Village or in houses rented by the Norwegian team.

The result: The incidence of illness on the Norwegian team during the Vancouver Games was cut to less than one-third of its rate during the 2006 Olympics in Turin, according to a post-Olympic report published in the British Journal of Sports Medicine. Only one medal contender was affected in Vancouver, compared to six in Turin, and Norway increased its gold-medal haul from two to nine.

Further support for this approach comes from another new study, also in the British Journal of Sports Medicine. A group of sports-medicine doctors led by Dr. Martin Schwellnus of the University of Cape Town monitored illness patterns in 259 players during the 2010 Super 14 Rugby Union, a travel-heavy, 16-week tournament that pits teams from South Africa, Australia and New Zealand against each other.

As expected, the players were two to three times more likely to get sick whenever they flew across more than five time zones for an away game. It didn't matter whether they were flying east or west, or which country they were flying to, and the effect covered all types of infectious illness, including respiratory and gastrointestinal problems.

But there was a surprise: The players saw no increase in infections during or after flights back home, no matter how long the trip was. That means the flight itself wasn't to blame for the illnesses the players picked up while travelling – instead, it was being away from home.

"What the results of this study emphasize is home advantage," Schwellnus told a reporter as the London Olympics drew to a close last month, pointing to the British team's successful medal performances. Different environmental stressors like temperature, humidity, altitude, pollution and pollens could explain the increased risk of illness, as well as exposure to unfamiliar food and pathogens, he explained.

Of course, it's still entirely possible to catch something on a flight – so basic hygiene like hand-washing remains important. But the evidence collected by Schwellnus and others suggests that you're most vulnerable once you're off the plane, in a foreign location.

You probably don't need to go quite as far as the Norwegians, covering hotel carpets with plastic sheeting. But there are ways you can accelerate your adjustment to the new environment, like using exercise to reset your body's internal clocks. Combine that with catching up on missed sleep and minimizing germ exposure, and you'll soon be ready to go for gold – or hit the beach.

Maintaining your workout routine while you're on the road can be challenging – but it could play a key role in warding off travel bugs.

Studies have found that even a single bout of exercise temporarily boosts your immune system. If you can fit a light workout in before you head to the airport, it will help fortify you for the ordeal to come.

A University of Kentucky study published earlier this year found that exercise is a powerful "zeitgeber" – an external cue that helps sets your body's internal clocks, just like bright light and meals. If you normally exercise at a certain time of day, resuming this schedule as soon as possible will help your body adjust to the new time zone more quickly. 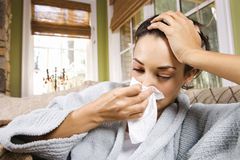 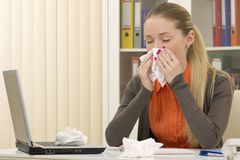