It sounds counterintuitive: to provide better care, doctors should do less.

But that is precisely what a group of nine medical organizations is prescribing to keep patients from receiving tests, procedures or treatments that are useless, unnecessary and even harmful.

A new campaign called Choosing Wisely Canada on Wednesday unveiled a list of 40 medical interventions that should be used more prudently in certain situations.

They recommend: Seniors with a life expectancy of less than 10 years should not be screened for colorectal cancer because the risks associated with undergoing a colonoscopy outweigh those of the disease. Patients with lower back pain do not need medical imaging unless the doctor suspects they have cancer or another underlying condition, because it would not reveal new information or speed healing. Doctors should avoid annual blood tests for patients with no symptoms because they are more likely to lead to unnecessary follow-up than identify a problem. And patients should not receive antibiotics for upper respiratory infections that are likely viral because they will not help and could cause allergic reactions, and contribute to antimicrobial resistance.

"We have a culture in medicine where people really have equated more [with] better, and physicians really know that this is not the best for our patients," said Wendy Levinson, chair of Choosing Wisely Canada and chair of medicine at the University of Toronto's department of medicine. "We want people to avoid unnecessary tests, treatments and procedures because we think they're not only not helpful, but we think they're harmful."

Governments across Canada are under increasing pressure to rein in health spending. While eliminating some medical interventions could result in savings, it is not the intent of the campaign, Dr. Levinson said. In all likelihood, being more judicious will help eliminate backlogs and reduce waits for some procedures, said Chris Simpson, president-elect of the Canadian Medical Association.

Ontario Health Minister Deb Matthews said in a statement the government supports the move. She said provincial ministers have a working group that is encouraging more prudent use of medical imaging, recommendations that are reflected in the Choosing Wisely Canada campaign.

This fall, the campaign will unveil more recommendations for other tests, treatments and procedures that should be limited, Dr. Levinson said.

The campaign reflects a growing shift toward the "less is more" mindset in medicine. In 2013, for instance, the Canadian Task Force on Preventive Health Care recommended that women not have Pap tests until age 25 and have them every three years after that. Previously, women were told to start by age 18 at the latest and to have them annually until age 69. More frequent screening is linked to a higher rate of false positives and unnecessary follow-up.

The next challenge will be getting doctors to adopt the recommendations and resist the temptation or pressure from patients to prescribe medical interventions that are not necessary. The list is not binding, but medical organizations across Canada will emphasize the importance of the recommendations.

"We're talking about years, for sure," said Jamie Meuser, associate executive director and director of continuing professional development of the College of Family Physicians of Canada. "This is about redefining what excellent care is."

A 2012 report from the Institute of Medicine, an independent organization based in the United States, found that $750-billion in health care spending is wasted there every year, most of it in the form of unnecessary medical interventions. 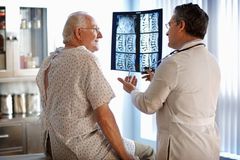 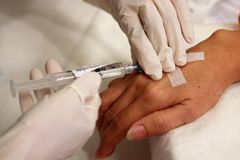 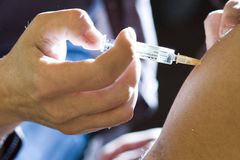 The case for colorectal screening
April 1, 2014 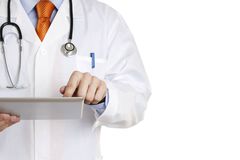 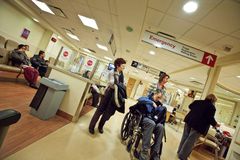