Dr. Emma Allen-Vercoe keeps a freezer full of feces at her lab at the University of Guelph.

The associate professor of molecular and cellular biology studies the human gut microbiota, the world of tiny organisms living within our intestines. Her frozen stash, obtained from donors, provides her with an abundant supply.

Her research has led to the development of a treatment, now in the process of being commercialized, for the notoriously pesky diarrhea-causing infection C. difficile.

We asked Allen-Vercoe how microbes are collected, cultured, and how they're used for making probiotics, the increasingly popular bacteria-laden food products and supplements found on supermarket and drug store shelves. As she explains, probiotics don't always produce the same effects and some may not offer any health benefits at all.

How do you find donors?

For our research, that was actually the hardest part. The actual culture work, which was very tricky, was a lot easier than finding a donor. We needed a donor who was supremely healthy – someone of an average body mass index, who eats a good diet, who doesn't drink or doesn't drink very much at all, who doesn't smoke, who doesn't have any chronic diseases. But the biggest hurdle was we also wanted them to have had no antibiotic exposure during their lifetime. We couldn't find anyone.

Eventually, we kind of relaxed our rules a bit because we were getting nowhere. We did find someone and although she did have exposure to antibiotics, she had only had one exposure and that exposure had been a prophylactic [used to prevent illness rather than treat it].

When we do find people who fit the criteria, they also have to be willing to donate. There are blood tests and stool tests involved, which is asking quite a bit. And even though we compensate them, obviously, for their time and effort, people would rather donate a kidney than a stool sample sometimes. I find it hilarious actually, because at the lab, we don't have any qualms about it. But when you ask the average person, they're like, "Oh no!"

It's an embarrassment factor. They don't want someone combing through their poop sample. To us, it's just poop. And we don't work with it on the open bench, so we don't smell it or anything. It's all inside an anaerobic chamber, which has no oxygen in it. The first time you work with it, yes, I've seen students gag and everything like that. But after that, it's just routine and it's really not a big deal. It's not like you're touching it physically with your hands.

The people who donate, I think, feel like we're going to be able to tell what they had for dinner last night. And we're really not interested in that. We're interested in the microbes.

The other part of it is a lot of these microbes are anaerobes, so they're sensitive to oxygen. So the time between defecating and getting the sample to the lab has got to be as short as possible.

How do you deal with that?

We do have a poop hotline. My lab manager sort of goes around Guelph picking up poop samples from the people we recruit. So it's not as if I'm asking people to come into the building to make a donation. Although that is possible if they wanted to.

So how does it actually work?

We have these things called toilet hats. They're not for your head. They're just pots that sit on this plastic frame designed to go over your toilet seat. So it's not like you're squatting over Tupperware or anything like that. Although in the early days, that's what we did before we discovered these things.

What we do is we ask the person who's giving the donation to line the pot with saran wrap and then immediately use the saran wrap to kind of squeeze the air out of the sample. That gives the microbes a little more protection. Then, as soon as we get it into the lab, we put it into the anaerobic chamber, and then the clock stops ticking. The microbes are not in immediate danger and then we can take samples, and do what we need to do.

Are you constantly seeking donors then?

It's hard right now because I have so much poop coming in. But I'm always on the lookout for these healthy donors who have not had antibiotic exposure in their lifetimes. And they're very, very hard to find. It's also tricky because geographically, they need to be close by to give a sample.

How do probiotic manufacturers typically get their microbes?

The probiotic industry right now is kind of a bit of a messy field. A good percentage of the probiotics on the market are actually from food. I have an issue with that because we're kind of expecting these probiotics to do too much. I think people in general think you take a probiotic and it happily colonizes your gut and does wonderful things while it's there. But if that microbe has come from a food source, it's unlikely to have the genetic capability to actually express the genes that will allow it to survive in the gut environment. Also, most probiotics never colonize because they have to find a niche in which to grow and your gut microbiota already fill that niche.

So in general, when you take a probiotic, it will hang around in your system while you're taking it, but it will be lost very quickly after you stop. And I can pretty much guarantee it will do something different in different people. They're sold as a one-size-fits-all product, but that's not what they do and it's not how they behave.

There are some probiotics that do come from human sources, and notably there are some good ones that come from human breast milk or baby meconium [fecal excretion from newborns] or something like that. I really think if we're going to use probiotics to treat humans, then probably we need to be looking at humans as a source of these microbes. But there are barriers because we perceive those to be less safe.

Why is it hard to tell whether the microbes in a product are, in fact, probiotic?

If you look on the side of your yogurt, it may say something like "Lactobacillus reuteri." But that actually is meaningless to a microbiologist because Lactobacillus reuteri is a species, like a label. In order to understand what's in that yogurt, you need a strain name because you could have two or three or more microbes of the same species that act very differently. We all know E. coli. When I ask my new students, they'll say it's a pathogen. But it isn't a pathogen. E. coli is a label for a species. Now, E. coli O157 is a pathogen, yes, and a dangerous pathogen at that. But there's also a probiotic E. coli called E. coli Nissle 1917 and if you compare the two, you'll see they're very similar and are highly related, but they have extremely different ways in which they behave.

We're under this illusion that probiotics are great and they're good bugs. But I never talk about microbes in terms of good bugs and bad bugs because it's never about the species. It's about the situation that the strain of the species finds itself in. That's what defines whether it's good or bad. 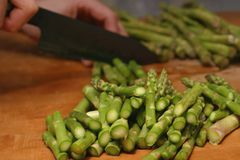 Why you should add fermented foods - and their friendly bacteria - to your diet
August 3, 2015 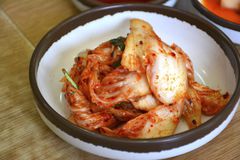 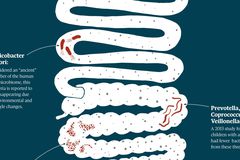