A decade ago, Dr. Sheina Macadam was one of few Canadian plastic surgeons performing a new type of microvascular breast reconstruction surgery for women who lost their breasts due to cancer. Unlike older methods, which took muscle from the abdomen and moved it into the chest, this new procedure used only skin and fat from the abdomen, sparing the muscle and allowing for a quicker recovery and a lower risk of hernias and weakened abdominal strength.

Dr. Macadam has conducted a study, to be published in the peer-reviewed journal Plastic and Reconstructive Surgery early this year, that shows patients who have undergone DIEP-flap surgery tend to be more satisfied than those who opt for other methods. We reached Dr. Macadam at her practice in Vancouver and asked her to explain the differences.

What is microvascular breast reconstruction surgery?

Back around 1980, there was a surgeon who realized we could use the lower abdomen to reconstruct a breast. So the tissue that's usually taken off for a tummy tuck, he found we could transfer that up into the chest by making a tunnel underneath the abdominal skin and then pushing it up into where the mastectomy had been done. But to keep the blood supply, to keep the tissue alive, he had to take a blood vessel inside the rectus muscle, which is basically the six-pack muscle.

You had to take the muscle as well, though, to get that blood supply. You can make really beautiful breasts from it, but we were finding women were getting hernias and having problems with normal daily activities, such as bending over to make their bed, picking up their children.

In the 1990s, we started taking less and less muscle. With DIEP-flap microvascular breast reconstruction, we basically take just the blood vessel and the skin and fat of the abdomen. You take it right off the body and transfer it into the chest. Then we take out a little piece of rib.

The great thing is we still get the tissue from the abdomen, but we're not taking the muscle.

Which method is more common now?

The old method, called Pedicled Transverse Rectus Abdominis Myocutaneous [TRAM] flap, is definitely still the most common. The reason is it's quite fast, it's technically not too difficult. It takes about two to three hours to reconstruct one side and three to four hours for both sides. Microvascular surgery takes a lot longer. One breast usually takes me six hours, and if I do both sides, it's usually about 8 to 10 hours. It's technically more demanding and there are a lot more resources needed.

What risks are involved in DIEP-flap surgery?

When you take a piece of tissue right off the body and transplant it somewhere else using those tiny blood vessels, there's a chance those blood vessels could get a clot. If that happens, the patient has to go back to surgery. And if we can't resolve the issue, we could lose the flap. It's called flap failure.

The risk of that is around 1 per cent to 3 per cent, so it's really low. But if it happens, it's horrible for the patient. They've gone through this huge operation and a lot of resources have been used for something that hasn't worked.

Can you tell us about your study?

I wanted to know whether patients actually notice a difference between the techniques. We had five different sites across North America and about 1,800 patients. We reviewed their charts to see whether they had complications, hernias. Did they need more operations? And then we sent them all a survey on how they felt after breast reconstruction. We found that, on that questionnaire, women who have a DIEP flap have much decreased rates of hernia and other problems with their abdomen and the highest satisfaction.

I think it will be helpful because you can say to patients, we have looked at other women in your situation and this is how they responded. It's really hard, when you're a patient, to know which procedure to pick.

What other factors should a woman to consider?

How active are you? Do you have kids? Do you want to be doing a spin class or yoga, or are you more sedentary? I also take into consideration their age and other health problems, because you don't want to be putting a woman who's 70 years old with diabetes through a 10-hour operation, whereas a 38-year-old woman who's already had her children and has extra tummy tissue and is super-active can tolerate a long surgery and would want to keep her muscles.

The oldest person I've ever done the DIEP on – that was about three months ago – she was 75 and she's back to work driving a bus. Back to work in six weeks and she's amazing. I think it's a bit of an easier recovery because we're not cutting into the muscle, so it's not as painful.

How does breast reconstruction help women?

Some women elect not to have reconstruction and that's the right choice for them. I think the most beneficial part of it is maintenance of body image. You're used to being a certain way your entire life and although you've got cancer, you want to come out still feeling like yourself. Once we've cured the cancer, maintaining a sense of self and sense of sexuality, those are the things patients tell me are the most important.

And then there are practical things: fitting into their clothing, feeling normal when they look in the mirror and not being reminded of the fact that they've had cancer or lost a body part.

Eat your veggies to cut breast-cancer risk
December 21, 2015
For six years, Sandra Caira ran the wig salon at a breast cancer clinic. Then, she became a client
January 10, 2016 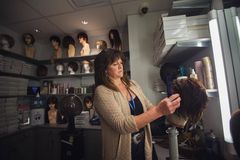 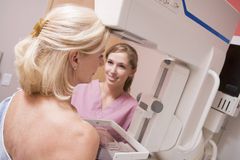