The turning point for David Hammond came about six months ago, when he was standing in a checkout line at his local grocery store in Waterloo, Ont.

Hammond, a tobacco control researcher, glanced at the products strategically displayed for last-minute impulse buys. He was startled to see among them a brand of electronic cigarettes called Vapur.

While e-cigarettes, as they are generally known, have existed for about a decade, Hammond still thought of them as novelty products, rarely seen in Canada.

It seems they are bit players no more. In fact, a study Hammond co-authored on e-cigarettes, which was published this week, showed a fairly high awareness of the products among Canadian smokers – even though most are barred from sale in this country.

Hammond teaches in the school of public health at the University of Waterloo. In a more recently completed study of Canadian teens and young adults, he found about one third of young smokers had tried e-cigarettes and six per cent of non-smokers had tried them too.

E-cigarettes are small cigarette-shaped canisters that are used to simulate the sensation of smoking. Batteries within the canisters heat up fluid-filled cartridges that then give off a vapour; from a distance it resembles smoke.

The act of puffing on an e-cigarette is called "vaping."

Some of the cartridges are filled with flavoured liquids, in cherry or menthol, for example. Others – perhaps most – contain nicotine.

Health Canada says e-cigarettes containing nicotine are not legal in this country. Nor are manufacturers allowed to sell e-cigarettes if their marketing material or packaging makes health claims – for instance suggesting that the product is a safer way to smoke or can be used as a smoking cessation tool.

But e-cigarettes that don't contain nicotine and don't make health claims do not come under the regulation of the Food and Drug Act and therefore can be sold in Canada.

The problem, tobacco control experts note, is that some of the permitted kits may be used with nicotine cartridges ordered over the Internet. Likewise, vials of liquid nicotine can be ordered and used to refill cartridges.

Canadian border authorities block entry of these products when shipments are spotted.

Still, online vendors are easy to find. And American TV networks broadcast commercials for the products into Canadian living rooms – making a mockery, some tobacco control experts worry, of the hard-won restrictions placed on actual cigarettes.

Nothing is known about the long-term safety of the products. The studies needed to establish whether they are safe simply have not been done. And Health Canada advises Canadians not to use them.

But the popularity of the products, famously used by celebrities such as Johnny Depp and Leonardo DiCaprio and pitched by actor Stephen Dorff, seems to be growing unabated. That's creating a quandary for the public health community. On the one hand, tobacco control advocates know that if e-cigarettes really do help people to kick the habit they could be a useful tool.

"I hold my judgment because I do believe that the five million smokers in Canada deserve to receive more support when they're trying to quit, as most of them are," Hammond said.

On the other hand, there are a couple of serious health-related concerns.

Some experts worry that because they can deliver nicotine, e-cigarettes could perpetuate addictions in current smokers rather than helping them phase out their habit.

They fear the tobacco industry is trying to find a replacement nicotine delivery system, because of the growing number of restrictions placed on the smoking of cigarettes, cigars and pipes.

"I think the tobacco companies have all been very clear in their shareholder meetings that they consider this to be a significant part of their future," said Dr. Nathan Cobb, a research investigator with the American Legacy Foundation, an anti-addiction organization set up with funds from the settlements of landmark lawsuits U.S. state governments won against Big Tobacco.

Even more worrying is the notion that e-cigarettes might play the role of a gateway drug. A product that delivers the high of nicotine without the carcinogens of burning tobacco could lure teenagers and other non-smokers into a nicotine addiction.

While it's clear the greatest risks from smoking come from the carcinogens in the burning tobacco, it's not known what the health implications are of long-term nicotine use.

"What does it mean for somebody to start using an e-cigarette at the age of 16 and be a nicotine addict for 45 years? That probably has a medical implication and a long-term health implication and … we don't know what that means," Cobb said.

The story of Wigand's whistle blowing was the basis of the 1999 movie The Insider, starring Russell Crowe.

He questions the motivation behind the range of alternative nicotine products the tobacco industry is producing. In addition to nicotine gum and patches, there are now mint-like nicotine candies sold in the U.S., smokeless tobacco products and e-cigarettes. "Were they developed for quitting? Or were they developed for maintaining addiction? If I maintain addiction I always have a market," Wigand said from Mt. Pleasant, Mich., where he lives.

How much damage can you undo – if you stopped smoking right now?
January 23, 2013 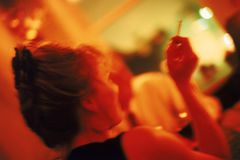 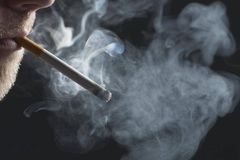 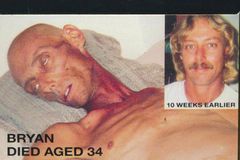