The majority of Ontario women with early-stage breast cancer undergo unnecessary, potentially harmful imaging tests even though international guidelines recommend against this practice, according to new research.

The study, published Monday in the Canadian Medical Association Journal, examined data pertaining to more than 26,500 Ontario women who had been diagnosed with early-stage breast cancer from 2007 to 2012. The researchers discovered that more than 85 per cent of those women underwent X-rays or other imaging tests to determine whether the cancer had spread. Of those, about one quarter had multiple scans.

The study adds to the growing backlash against the traditional idea that more screening, tests and medical interventions lead to better outcomes.

"More is certainly not better when it comes to medicine," said Dr. Mark Clemons, professor of medicine at the University of Ottawa, medical oncologist at the Ottawa Regional Cancer Centre and lead study author. "It's actually exposing patients to multiple harms."

More than 83,000 scans were performed on 26,500 women, with the overwhelming majority of those completely unnecessary, Clemons said. The tests aren't risk-free; imaging exposes patients to radiation, as well as anxiety and uncertainty over the possibility of yet more bad news. Given the evidence that imaging for early-stage breast cancer is unlikely to do any good, patients and the medical community need to consider the ramifications of ordering these extra tests, Clemons said.

In a commentary published with the study, Drs. Daniel Rayson and Geoff Porter compared imaging early-stage breast cancer patients to prescribing antibiotics for a viral upper respiratory infection, stating it "is easy, even though it is usually wrong."

The findings "raise the question of why such a disconnect exists between guidelines and clinical practice," the commentary says.

Dr. Porter, professor of surgery at Dalhousie University and senior scientific lead at the Canadian Partnership Against Cancer, said in an interview that figuring out how to reverse this trend is the hard part. For instance, many doctors may be ordering imaging tests to reduce the concerns of their patients or because they legitimately believe it will help the patient. And in general, the health care system is resistant to removing services.

The key is to communicate that certain procedures, like imaging tests for stage I and II breast cancer patients, is unlikely to help and could cause real harm. Dr. Porter also said the point isn't to save the health care system money, but to deliver optimal care while reducing risks.

But there continues to be significant controversy over the idea less is more. Last fall, the Canadian Task Force on Preventive Health Care declared that prostate-specific antigen tests should no longer be used to detect cancer because of the high rate of false-positives and subsequent unnecessary biopsies and treatment that can cause impotence, incontinence and other harms. Groups like the Canadian Urological Association pushed back, saying the test is still useful.

A campaign launched last year, called Choosing Wisely Canada, aims to educate more physicians and the public at large about the importance of doing less. The campaign has created lists of treatments and interventions doctors should avoid, like ordering blood tests for patients with no symptoms because it is most likely to lead to unnecessary followup instead of finding a real problem.

Another study published Monday also backs up the theory that performing some tests can be unnecessary and risky. In a study published in the New England Journal of Medicine, Ottawa researchers found that computed tomography (CT) scans of the abdomen and pelvis do not improve cancer detection in people with unexplained blood clots, despite widespread belief to the contrary.

The researchers divided 854 patients with unexplained blood clots into two groups: One that had basic cancer screening, including blood work and an X-ray of the chest, and another group that had basic screening as well as a CT scan of the abdomen and pelvis.

The findings showed the overall cancer detection rate was the same in each group, at four per cent. 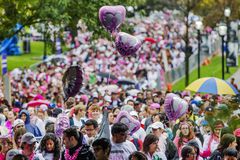 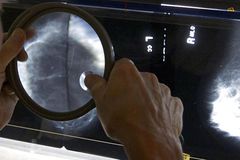