The older I grow, the more often I think about my mother and how she died. I won't tell you how old she was or where the cancer began because she swore us to secrecy about such private details. At the time, I thought she had a good, if early, death, in a hospital bed surrounded by her husband and three of her daughters, but now I am haunted by what might have been.

It was many years ago – not long after Terry Fox hauled cancer out of the closet by setting out across the country on his prosthetic leg. What bothers me is that we never talked, my mother and I, about fear, treatment, how she hoped to be remembered or what she wished for her children.

Most of us are much less reluctant nowadays to appoint a substitute decision-maker in case we become incapacitated, or to talk with loved ones about our wishes if tests produce alarming results. That is a good thing. I've talked to many mourners who have had to make drastic end-of-life decisions for loved ones. Invariably, those who have "pulled the plug" knowing the wishes of the dying patient have less guilt and less regret.

What isn't so good, however, is the reluctance of health-care providers to ask us directly about our plans, and to document our answers.

A 2013 Advance Care Planning Evaluation in Elderly Patients (ACCEPT) study, conducted in 12 acute-care hospitals in Canada and published online in the journal JAMA Internal Medicine the Journal of the American Internal Medical Association, found that "the conversation" often didn't take place between physicians and their patients. Within three days of admission to hospital, close to 300 elderly patients, all of whom were likely to die within the next six months, and more than 200 of their family members completed face-to-face questionnaires.

Most patients (76.3 per cent) had thought about end-of-life care before they were hospitalized, and only 11.9 per cent wanted life-prolonging care, according to the study conducted under the direction of Daren Heyland, a professor of medicine and epidemiology at Queen's University in Kingston. Nearly half (47.9 per cent) had completed a living will or advance-care plan and nearly three-quarters (73.3 per cent) had formally named a surrogate decision-maker.

Yet fewer than one-third (30.3 per cent) of the patients who had documented their wishes had then shared the information with their family doctors. Even when the hospitalized patients were asked if they wanted aggressive or merely comfort care, a subsequent medical chart audit showed that, most of the time (69.8 per cent), the documentation did not accurately reflect the patient's wishes, with the greatest area of discordance occurring when patients said they wanted only comfort care.

As a result of the ACCEPT study, the Canadian Hospice Palliative Care Association has developed the "Just Ask" conversation starters, including scripts to bolster the confidence of nervous practitioners when initiating discussions about end-of-life treatment and documenting the patient's wishes. Louise Hanvey, the organization's project director for Advance Care Planning in Canada, says that talking about hopes and fears as soon as a diagnosis is made is not giving up.

"We have really good evidence," Hanvey says, "that when people do that, they are more satisfied with their care, and they are more likely to have their wishes met." Besides, she adds, "family members have less anxiety," and "it costs the health-care system less money."

In keeping with the ACCEPT study's findings, Heyland has established Canadian Researchers at the End of Life Network, a web-based group whose goal is to improve communication and decision-making between seriously ill patients, their families and health professionals. They are currently testing a series of communication tools including a "video decision aid" on cardiopulmonary resuscitation, an emergency procedure to revive somebody in cardiac arrest that often has serious repercussions for elderly patients.

"We have plans to implement and test a communication-skills program including the Just Ask tools," Heyland said in an e-mail. If he gets sufficient funding, he hopes to "bundle these tools together in the form of a clinical pathway."

The good news, according to Heyland and his co-authors in the ACCEPT study, is that "the situation is markedly improved from 20 years ago, when a survey of outpatients attending a general medical clinic found that very few patients had thought about end-of-life treatment preferences or communicated them to even a family member. And none had written down their plans."

That doesn't surprise me, for it never occurred to me to talk about end-of-life care with my mother's doctors. Perhaps my father did, but I doubt it. It was a time when care was provided and few, if any, questions were asked. I hope those days are over.

A challenge for new doctors: Focus on the patient, not just the symptoms
June 8, 2015 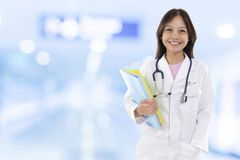 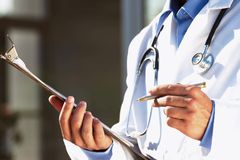