An experimental Ebola therapy produced by a Canadian company has now been used to treat at least a few Ebola patients, and the Vancouver-based firm that makes TKM-Ebola has been given the go-ahead to administer it to others.

Tekmira Pharmaceuticals Corp. announced on Monday that it had provided TKM-Ebola to "several" ill patients on an emergency-use basis, but it declined to say how many received the drug or where they were treated.

The company said the treatment had been "well tolerated" in those who received it.

Tekmira confirmed the drug has not been used in West Africa, where the worst Ebola outbreak in history has sickened 5,864 people and killed 2,811, most in Sierra Leone, Guinea and Liberia.

That means a limited number of patients might have received the drug, including possibly two Americans who were airlifted out of West Africa earlier this month.

"At this time, supplies [of] TKM-Ebola are limited and a framework to support the use of TKM-Ebola in Africa has not yet been established," the company said in an e-mailed response to questions. "However, the company is still [in] discussions with the [World Health Organization], government agencies and NGOs, in various countries on the potential use of TKM-Ebola."

For months, TKM-Ebola has been touted as one of the more promising experimental treatments for the virus. The therapy, which relies on a substance called small interfering RNA that essentially silences a crucial part of the Ebola virus's genetic code, protected 100 per cent of the macaques on which it was tested, so long as the primates received seven doses of the intravenous treatment.

As well, Phase I safety trials of the drug in healthy human volunteers were already under way when the West African outbreak began to pick up speed.

The U.S. Food and Drug Administration placed a hold on the trials in July, but it partly lifted the hold on Aug. 7, paving the way for use of the treatment in people with Ebola.

But unlike another experimental therapy with a Canadian connection – ZMapp – there had been no public reporting that TKM-Ebola had been given to patients until Monday.

ZMapp, which was developed at Canada's National Microbiology Lab in Winnipeg, was used to treat at least seven people before supplies ran out.

Five lived and two died, although it is difficult to say outside of a clinical trial what role ZMapp played in the outcomes.

One of the Americans who could have been given TKM-Ebola is Rick Sacra, a 51-year-old missionary doctor who was infected in Liberia and has been cared for at the Nebraska Medical Center in Omaha since Sept. 5.

The hospital said last week that Dr. Sacra is on his way to making a full recovery after receiving an unnamed experimental drug for seven days.

A spokesman for the Omaha hospital declined on Monday to reveal which treatment Dr. Sacra received.

However, TKM-Ebola is ideally administered in seven doses over seven days.

The other, unnamed American patient is being treated at Emory University Hospital in Atlanta, which treated two U.S. aid workers who received ZMapp and made a full recovery.

Supplies of TKM-Ebola are limited and it could take "several months," to make more, the company said.

A report prepared for a WHO conference on experimental Ebola tools earlier this month said active ingredients were available for between 20 and 25 treatment courses of TKM-Ebola, which would need to be formulated.

Further production was "under consideration," and as many as 900 doses could be available by the first quarter of next year, the report added. 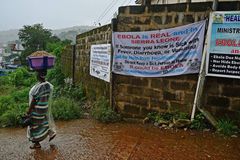 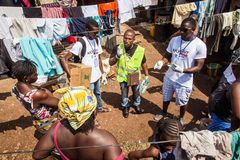 Six million confined to their homes in Sierra Leone fight against Ebola
September 18, 2014 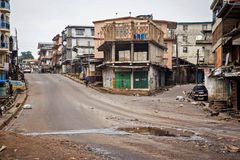 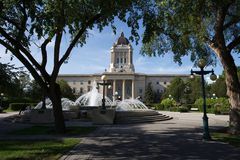