In this series, fitness pros investigate how exercise trends measure up to the hype.

First, a confession: I'm a certified group-fitness instructor who dislikes most group-fitness classes. Boot camps – those frenetic, high-intensity bouts of vomit-inducing drills that are especially popular with thirtysomething women – are a particular thorn in my side. I'm what's often referred to as a "musclehead" – I lift weights first and foremost, and I lift them with great enthusiasm. I like training (please note the specific usage of "training." Muscleheads don't "exercise"), but for me, the gym is a solitary – dare I say, meditative – experience. I prefer quiet weight rooms with lots of iron plates and steel bars. I show up, I warm up, I lift.

It's important to establish this, as my mission this month was to participate in a loud, sociable and fast-paced boot-camp-style class hosted by F45, an Australian-based group-fitness franchise that is quickly making inroads into Canada. The thought of busting my hump at 8 a.m. on a Saturday initially made me want to chew my lips off, but, because I am nothing if not a professional, I set aside my prejudices and ventured to F45's Liberty Village studio to take part in their "Hollywood" workout.

The promise: While relatively unknown in Canada, F45 has established itself as a player in the Australian fitness scene over the last two years, thanks in no small part to endorsements from celebrity superstars Hugh Jackman, Nicole Richie and Ricky Martin (the F, by the way, stands for "functional;" the 45 refers to the number of minutes their typical workouts last). Their aggressive approach is reflected in both their workouts – a creative collection of gut-busting, interval-based programs designed to deliver maximum results in the shortest possible time – and their ambitious business model. Touting the organization as "the world's largest-growing functional training network," F45 founder and co-CEO Rob Deutsch says it plans to have 100 studios in Canada within the next year. If you've ever wanted to train like Wolverine, you'll soon have plenty of opportunities to do so.

What to expect: The F45 brain trust prides itself on innovation and technology. From the always-evolving list of exercises that make up the various workouts, to the clever use of wall-mounted monitors that guide you through your session ("F45TV" – these guys are big on branding), this isn't your traditional boot-camp class. In fact, my F45 workout was unlike anything I've ever experienced, which says a lot given that working out is my job.

Case in point: There was a live DJ spinning loud, up-tempo pop music throughout the session. He proved to be as indispensable as the pair of coaches who helmed the class, for the music served to camouflage the F-bombs I dropped while twice grinding my way through the 27-station circuit. The session was structured in a simple 45 seconds of work/15 seconds of rest format. Sledgehammers, rowing machines, stationary bikes, kettlebells, free weights – just about every toy you can think of was employed in an effort to crush our souls. But of course, exercise aficionados tend to be a masochistic bunch. The studio was packed that Saturday morning, and everyone in attendance seemed to be lapping up the punishment.

All of this is to say that F45's Hollywood workout is a very intense hour of interval training that will put your true fitness to the test. I'm not sure if I passed that test, but it was fun trying, and I finished on my feet. Barely.

Verdict: It's said that the dosage makes the poison. For some – and I'm guessing their numbers are great, given that all three Hollywood sessions were booked solid the day I visited – an hour of near-maximal physical exertion is just what the doctor ordered. Well, I prefer a few sets of deadlifts and some hill sprints. I've never been the sort to red-line myself during training, a principle that's gaining in popularity thanks to coaches such as Stuart McMillan who informed the world that not once did Olympic hero Andre DeGrasse sprint at maximal speed during his training for the Rio games. When you consider how taxing ultra-intense training is on the nervous system, and how difficult it is to perform any sort of movement with technical proficiency under such conditions, the drawbacks far outweigh the benefits. Now, I am not an Olympic-level athlete; I'm not training all day, every day. Regular folks such as you and me can afford to push ourselves once or twice a week, should such a desire exist. For those days when only self-abasement will do, I recommend F45.

Why did Canadian kids place only 19th of 50 countries in this fitness test?
September 21, 2016 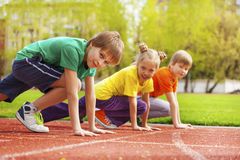 Globe readers tell us about their favourite gym teacher
September 16, 2016 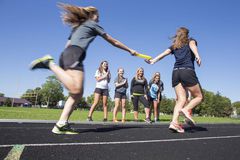