How do you measure the extent of a medical advance? By the amount of cutting-edge research it involves, or the number of lives it affects?

Scientists at the University of Toronto have devised a cheap and rapid method of testing for numerous infectious diseases, that can be administered by anyone who can tell red from purple. All that's needed is a little sachet of freeze-dried powder, some water and a drop of blood.

There are still hurdles to be cleared before the test is ready for wide use, but its potential reach is immense. It could make quick, accurate diagnosis possible even in impoverished parts of the world, speed up detection and response to developing pandemics, and even help slow the evolution of drug-resistant superbugs.

It uses gold nanoparticles and tailored DNA enzymes, locked in solution in a colour-coded embrace that shatters and changes hue when the target pathogen comes along. But the basic science of this biochemical drama isn't new – the innovation lies in the way it is being applied.

DNA enzymes are frequently used as bio-sensors, and gold nanoparticles are already widely used as the colour-changing element in over-the-counter pregnancy tests.

"But nobody has ever put them together before," says Kyryl Zagorovsky, a PhD student at the U of T's Institute of Biomaterials and Biomedical Engineering (IBBME), who spent two years refining the test through exhaustive trial and error.

"We've been trying to find ways to simplify the diagnostic process," says Warren Chan, an IBBME professor, who is the test's other lead developer. The traditional method involves sending a blood sample to a lab and waiting hours or days for the result, assuming a lab is even available.

Gold nanoparticles are extremely tiny – roughly 10,000 times smaller than the width of a human hair – but in quantity, they can show intense, variable colours. Chan and Zagorovsky mix these in solution with linked, two-part DNA enzymes that bond with the nanoparticles, clumping them so that they show a purple colour. When the pathogen reaches the DNA enzyme, it triggers a catalytic change that awakens the enzyme and cuts the chemical links holding the nanoparticles together. Zagorovsky says the activated DNA enzyme molecules work like microscopic scissors, snipping up to 600 links for each scrap of diseased DNA.

The efficiency of this amplified reaction makes it visible to the naked eye, as a change of colour from purple to red. A more specific reading of the severity of infection can be had by using a standard TLC plate – a simple and cheap device for determining quantities within a mixture.

No special flourescent equipment is needed to read the results, and the freeze-dried test ingredients don't need to be refrigerated. That's a huge advantage in places with poor medical infrastructure, says Erwan Piriou, a laboratory advisor for Médecins Sans Frontières in Amsterdam.

"The more we can be independent of fragile, expensive equipment, the better," says Piriou. "Trying to keep things cold is a daily challenge. We would like more manufacturers to provide more reagents that are completely independent of a cold chain." He says that the U of T method "could be useful for some diagnostics that are almost impossible to do now," such as testing for HIV in infants.

Zagorovsky says there's virtually no limit to the number of diseases the IBBME method could detect through parallel testing, though a different DNA enzyme would be needed for each. He and Chan are focusing initially on malaria, HIV and hepatitis, and sexually transmitted diseases.

The World Health Organization says that 660,000 people died of malaria in 2010, most of them small children in sub-Saharan Africa. The most lethal form of the disease becomes dangerous within 24 hours, and shows non-specific symptoms at first, so fast diagnosis is a high priority.

There already is a quick malaria test in wide use, called Binax NOW, which is essentially a drugstore pregnancy test adapted for disease detection. But Chan says Binax is a first-response test that often requires subsequent confirmation in a lab. It can't determine the severity of the illness, and isn't as sensitive as the method he and Zagorovsky have developed. At around $25 per test, Chan says, Binax also costs much more than the $3 he estimates for a commercial version of his test.

The cheapness, speed and precision of the tests should make it easier to tailor the treatment to the disease, diminishing the ability of pathogens to morph into drug-resistant superbugs. That's becoming a concern, as more and more signs emerge that overuse of antibiotics is weakening their effectiveness.

"A lot of the infections we're getting nowadays are resistant to drugs, because people treat you based on your symptoms, which may not be an exact indicator of what you've been infected with," says Chan. "If you give drugs to people based on symptoms, and the drugs don't kill the bug, the bug become a little sick, and then mutates to handle it better next time."

Rapid test results, combined with centralized data mapping, could also make it easier to spot developing pandemics. With current diagnostic methods, Chan says, a serious outbreak in rural India could go without conclusive identification for days or weeks, by which time the disease may have swept into other areas.

Zagorovsky says the testing method isn't yet ready for its field debut, because it has been tried so far with genetic imitations of HIV and malaria. Trials in Africa and South Asia with actual disease samples should be completed this summer.

After that, and regulatory approval, some kind of commercial partnership will be needed to put the test into the world's medicine kit. A scholarly paper Chan and Zagorovsky published in a leading German chemistry journal recently sparked huge interest, but offers to commercialize the work have been scarce so far, especially in Canada.

"U.S. companies are either more aggressive, or more aware of academic research, or more attuned to partnerships [with universities]," says Chan. The two current candidates for commercial partnership are both American, and one isn't even in medicine – it's an agricultural company.

But even if the first application turns out not to be what he hoped or planned for, once the test is commercialized, it shouldn't be hard to re-adapt to a medical purpose, Chan says. The path to a medical breakthrough is seldom straight. 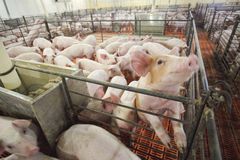 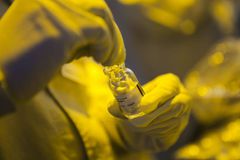 It's time we broke the silence about hepatitis, the quiet killer
May 19, 2010
Canada should play a more targeted role in global health research: report
November 13, 2011 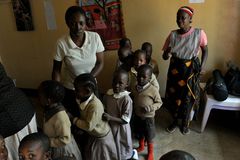