Since flood waters forced Charis Psallo's nine-year-old grandson from his home in High River, Alta., four months ago, he hasn't been his usual, confident self. At a recent soccer camp, for example, his mother couldn't just drop him off.

"If he lost sight of her he'd stop playing and go stand under a tree to wait for her. And soccer is his passion," says Psallo, a pseudonym she has used to blog about her family's experiences in the temporary community of Saddlebrook outside High River.

The trauma and panic of seeing their homes submerged in water and sewage has receded for the displaced people of High River, but grief, bereavement and stress linger. An estimated 1,356 Albertans are living in temporary homes. Many must flash identification at security guards to enter and are not allowed visitors. Sleeping quarters are tight in the rows of trailers. A family of four might share two rooms.

Many children are attending school in makeshift quarters such as banquet halls, without the playgrounds or gymnasiums of intact schools. All this while adults tussle with insurance companies, and press for answers on if and when they can go home.

The setting is fertile ground for stress, anxiety and depression to proliferate among those residents, a risk only compounded by a pervasive feeling of abandonment.

"There's a sense people are forgetting us," says Saddlebrook resident Eleanor Robertson, who lost everything when her rented basement apartment was destroyed.

The people of High River are not alone in this struggle. Everyone has heard the names: New Orleans, the New Jersey shore and Slave Lake, Alta. But after nature mellows and reporters go home, the people left behind still struggle with the burden of getting their lives back on track. And there's a growing understanding that the mental-health issues may be among the biggest hurdles they face in the long journey to rebuild.

Earlier this month, the Alberta government announced it will allocate an additional $50-million for mental-health recovery post-flood. The province has created the office of Chief Mental Health Officer and pledged money for a number of programs, including more funding for mental-health outreach teams serving those in temporary neighbourhoods including High River, Calgary and Siksika.

The program will build on the body of knowledge and practical experience of previous floods in New Orleans, Slave Lake, Manitoba and other locales about how best to reach people who are suffering from stress or mental-health problems. The focus now is more about deploying people and resources to the affected communities and opening up channels of communication than it once was.

"Traditionally we've had stand-alone programs in a clinic setting and people were expected to walk up and volunteer if they had a problem and needed some help," says Fred Horne, Alberta Minister of Health.

Robertson, for one, says this kind of constant attention has been a salve. She admits she is scared and worried about her future. It doesn't help that she recently had foot surgery and is less mobile.

"It didn't hit me until [this weekend when] I stepped outside when the snow was falling. I thought, this is going to be a bad winter. There's no place to go. Saddlebrook is going to be socked in with snow and it's icy. It's just going to be crappy. I'm going to be stuck here. There's nothing out there as far as I can see."

She'd consider moving back to Calgary if she can find an affordable place – she was paying $650 in High River – that will take her two dogs as well. "They're getting me through this. They're my grounding factor."

Still, for all the free services, an odd sense of guilt lingers over the community.

Robertson and others repeatedly mention that the quarters are good, and they're grateful for the free food and housekeeping. But it's still not home.

Psallo recalls recently meeting a mother who lamented one of the on-site restaurant's ice cream bar, free pop and other sugary treats.

"It's awkward," says Psallo, who has been able to get a security pass into the community because she's a caregiver. "It's not the kind of food she'd cook. She said, 'I want to be able to feed my own kids.'"

These are not Syrian refugee camps. But Marianne Dickson of Wild Rose Community Connections in High River says she tried to remind those who have been displaced not to compare themselves to anyone.

"When you compare yourselves to others you minimize your experience," says the community rehabilitation expert. "You need to give yourself permission to talk about it or it will creep up somewhere."

Dickson says she's especially concerned about getting children through the ongoing stress and the kind of hyper-vigilance Psallo's grandson is experiencing, which she says is common for kids who feel they have no control and for whom security and surveillance is constant.

Dickson's group offers workshops on kids and stress a couple of times a year, but she's modified the program for upcoming sessions for three- to nine-year-olds byusing government-distributed colouring books developed by experts in mental-health recovery.

One is called When Can We Go Home? and includes a page for kids to draw what they miss most of their lost belongings and a page for children to imagine what their new room will look like. These poignant materials can also help parents understand age-appropriate conversations to have with their kids.

Dickson says just witnessing their house underwater can be devastating. Then, not being able to help their parents can compound the stress.

"We all get caught up in conversations. Kids are always listening," she says. "But kids don't have the tools, capacity or power to help."

She adds that as the crisis wears on, experts will be attuned to the risk of more serious issues such as domestic violence and suicide which may rise in the bleak months of January and February – especially after what will likely be a "phenomenal" Christmas season of generosity toward those in temporary communities.

Tessa McGarrigle, project manager for Calgary-based Hull Child and Family Services, hopes her team can keep offering their psychological and social services in High River – while tapping into people's own resiliency in those daily check-ins and coffee klatches. "We've witnessed a lot of strength and courage."

100 days after the Alberta flood: rebuilding and imagining a future
May 11, 2018 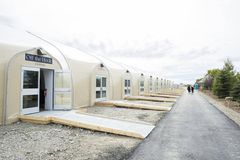 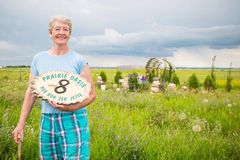 Alberta seeks to block building in flood-prone zones
May 11, 2018 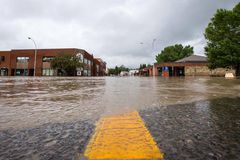 updated
Alberta floods to take heavy toll on province's budgets for next five years
May 11, 2018 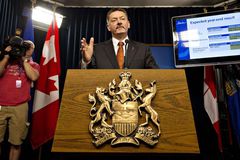 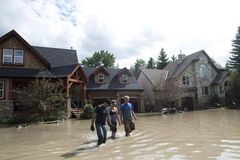 Alberta flooding delays arrival of portables in Saskatchewan
May 11, 2018 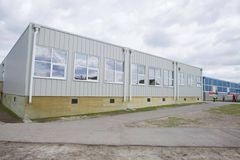 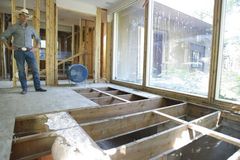